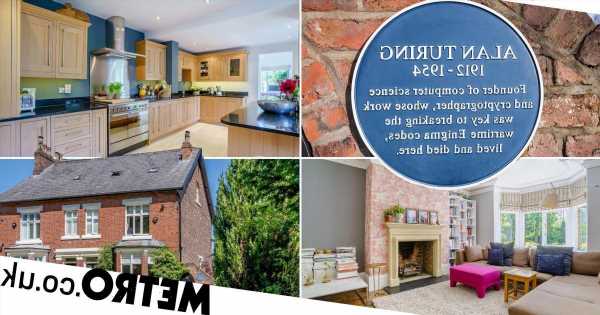 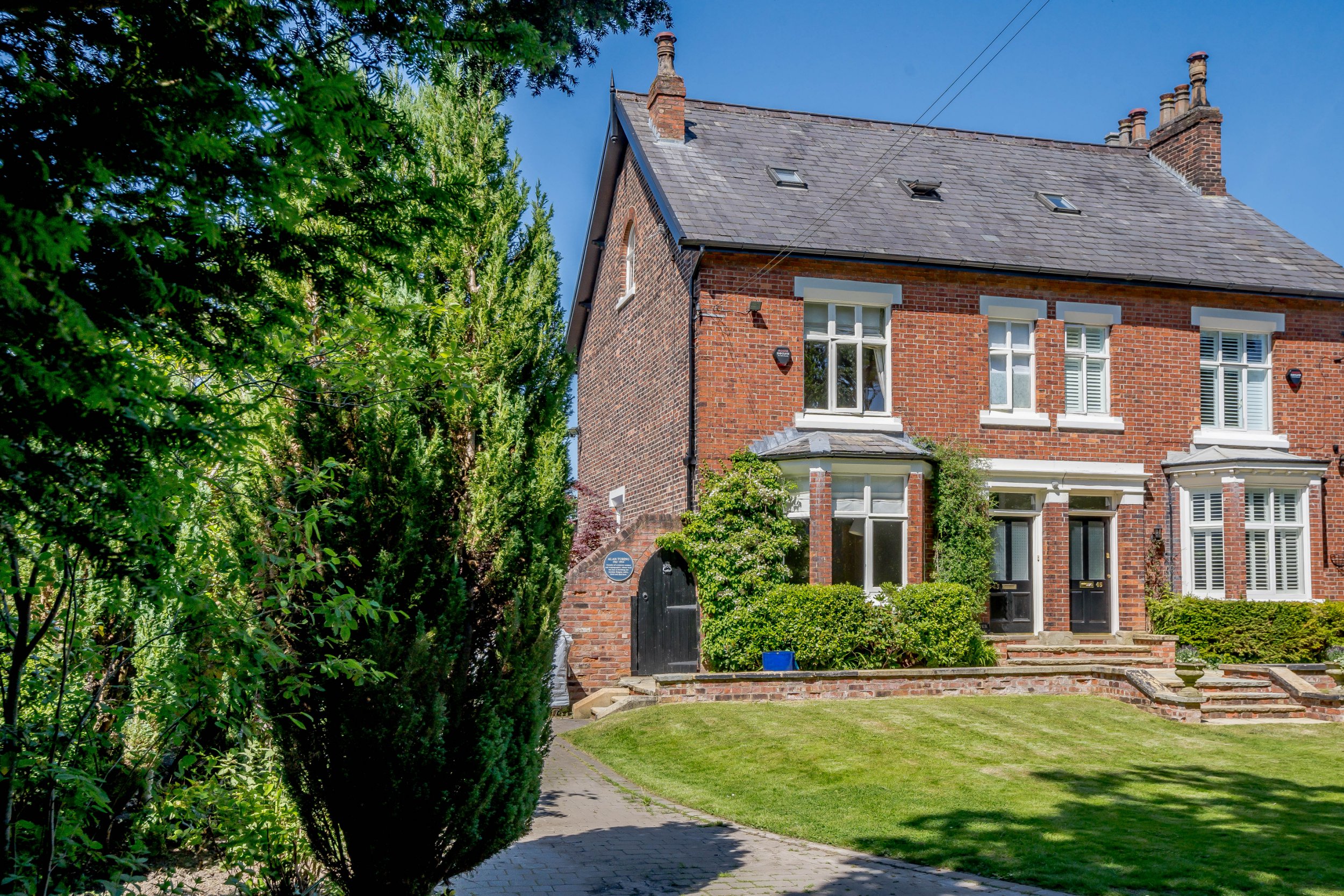 The former home of Alan Turing, the cryptographer famous for breaking the Enigma code during WWII, has gone on sale for £1.1million.

As well as being a stunning property filled with history, it even bears a blue heritage plaque on the front, put there to honour the mathematician and scientist.

Situated in Cheshire, the property, named Copper Folly, offers 2,900 sq ft of accommodation set across four floors and is currently on the market with Savills.

The sprawling Victorian house has five bedrooms, three bathrooms and three reception rooms – with a basement offering potential as a home office, gym or even a cinema room.

The property has been carefully tended to since Turing’s death in 1954 and given modern upgrades, including an open-plan shaker-style kitchen/diner with granite work surfaces.

Original features like the half-glazed front door have been kept, giving an authentic feel to the house despite its modern technology.

Outside, the walled garden is equally impressive, with a generous lawn area surrounded by mature trees to offer privacy and a patio for al fresco dining.

On the front of the house, the iconic English Heritage plaque reads: #Alan Turing 1912-1954. Founder of computer science and cryptographer, whose work was key to breaking the wartime Enigma codes, lived and died here.’

Turing is famous for his cryptography work and in 1936 developed the idea for the Universal Turing Machine – the basis for the first computer.

The mathematician was also based at Bletchley Park during his career and worked on cracking the Enigma code during World War II.

He was granted a posthumous pardon in 2013 by the Queen after his prosecution in 1952 for homosexual acts and six years later was named the greatest person of the 20th century by a BBC audience.

The current owners said it was a ‘privilege’ to live somewhere with ‘such incredible history’.

They added: ‘While we have enjoyed our time here immensely, the time has come to pass it onto someone new who can appreciate it as much as we have.’

‘Beautifully presented and ready to move into, the property offers tremendous further potential for extension or improvements, if someone should wish.’

Find out more about Copper Folly on the Savills website.