ALEX Jones revealed her newborn daughter's name tonight live on The One Show.

The mother-of-three, 44, appeared via from her home via videolink and beamed as she told hosts Sam Quek and Jermaine Jenas her little girl is called Annie. 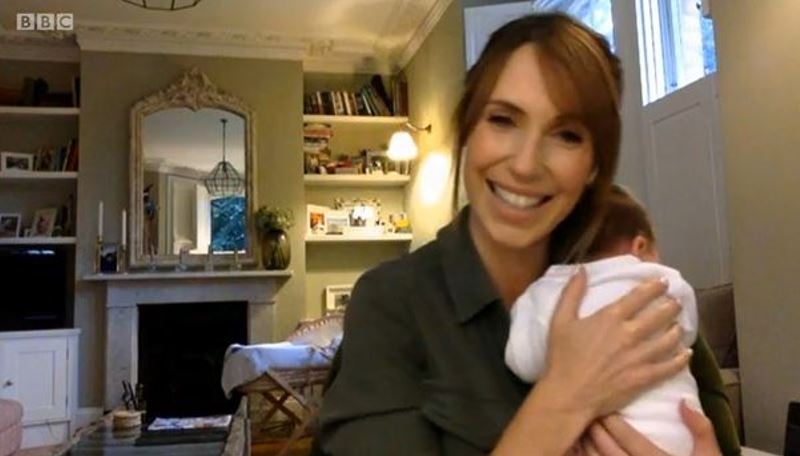 Alex described it as a "simple, kind of classic name".

The TV star made a surprise return to The One Show last night – just a week after giving birth to her daughter.

But she couldn't divulge the baby's name, as they still hadn't told her in-laws.

Her co-host, Jermaine got emotional as Alex held her baby in her arms.

Alex commented on the remodelled One Show set and joked her daughter was already familiar with its theme tune.

“But I’m sure she kind of opened her eyes and smiled because I’m sure she probably thinks, ‘I’ve heard that music before',” she commented.

Jermaine added: “She’ll have to get used to it when you wheel her in here in that pushchair and get back to work.

“She’s gonna have to get used to that music,” he added as Alex laughed: “She is.”

She then said the baby was doing "really well" and "came very easily."

But the mum-of-three admitted it was tricky juggling a newborn while also looking after two toddlers.

The One Show fans loved seeing the newborn on their screens and congratulated Alex on her bundle of joy.

Another added: "Omg Alex how adorable."

And a third wrote:  "Congratulations to Alex and her husband and she is gorgeous x." 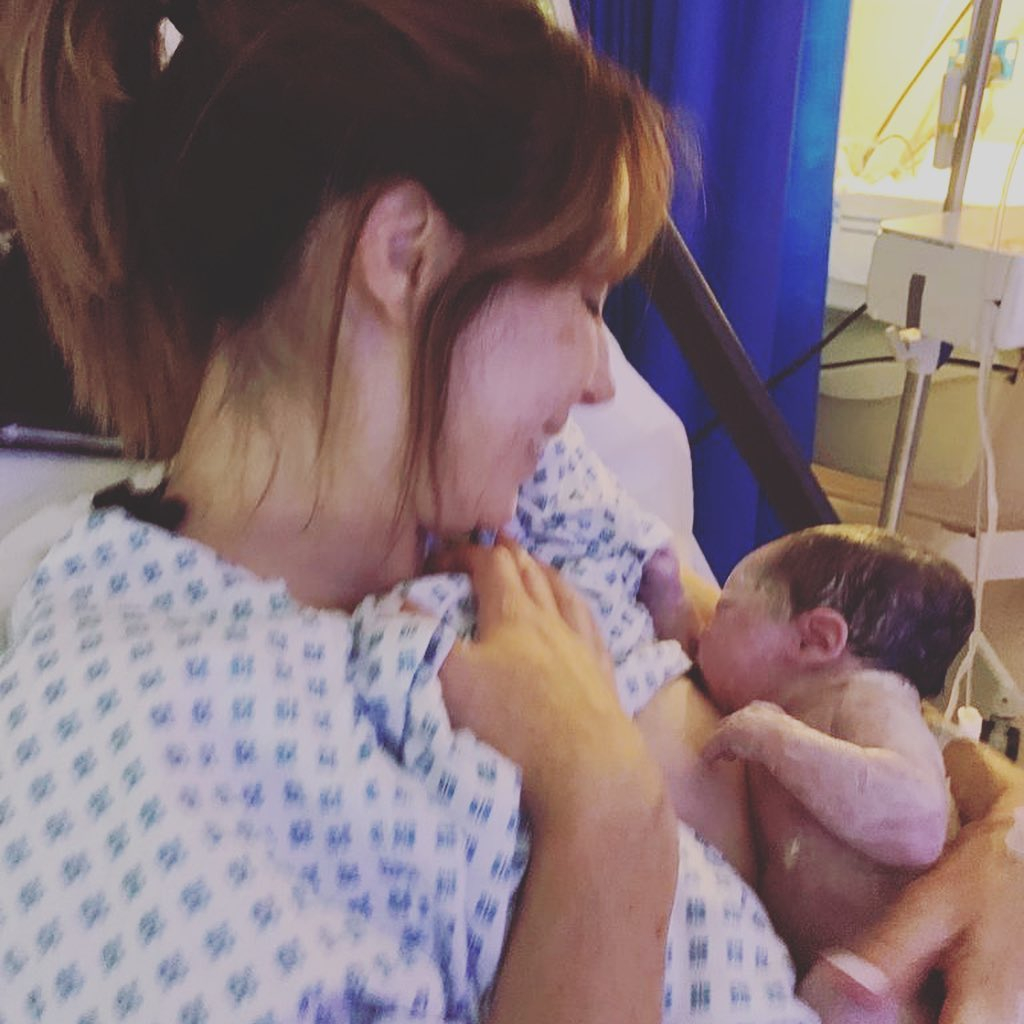