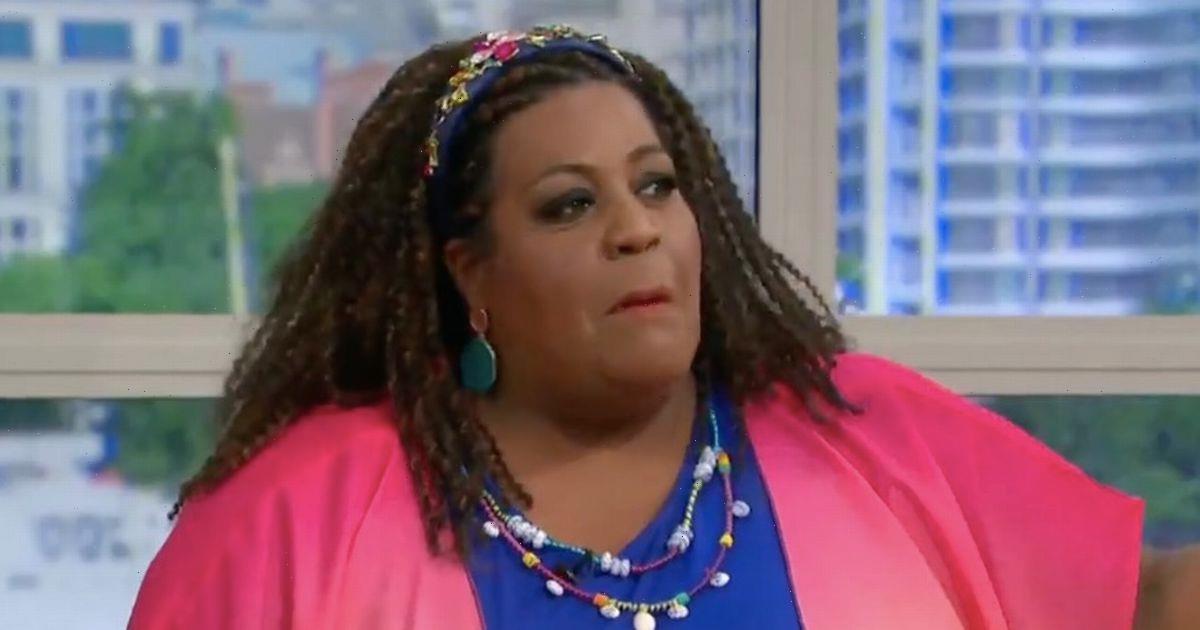 This Morning host, Alison Hammond has opened up about her hospital ordeal after falling over in her garden.

She feared she might have deep vein thrombosis (DVT) after her fall, so went to hospital.

The TV star showed the CCTV footage from her garden on This Morning, bringing her iconic sense of humour to the difficult situation.

In the clip, Alison slips on some garden tiles, exposing herself as she told viewers that part of the video was censored as she prefers to wear no underwear when relaxing at home.

Co-host Dermot O’Leary and chef Rustie Lee, who is known for her infectious laugh, were in hysterics after watching the clip.

Alison and Dermot became guest hosts of This Morning's Friday slot taking over from Eamonn Holmes and Ruth Langsford earlier this year.

The X Factor host giggled as he called it: “Noonie time.”

However, Alison shared that it was a bit more serious than it looked, as she said: “It’s actually quite a bad fall, you know?”

She set the scene: “You’ve got to imagine, it’s raining, it’s full on.

"You can’t even see the rain on the CCTV. So it’s raining, I can’t get up because I think I’ve broken my leg, my brother comes out – he’s trying to lift me up.

"His bottom is showing all on the CCTV, he can’t lift me up because obviously I’m quite big.

“I eventually use the bad leg and then I totter inside. I’m absolutely soaking wet.”

Dermot described Alison’s ‘gash’ on her leg as ‘horrific’ as it was too gory to show it on TV.

“It was a trauma!” Alison said.

“Not only that, then this vein came on the back of my knee right? And I was like, “Oh my god, I’ve got a DVT.”

"I went to the doctors and the doctor said 'You really need to go to hospital.' Then I’m in the hospital for like seven hours and Julia [a nurse] she patched me up.

“I did my blood tests, no DVT, it was just a vein on my leg,” Alison told.

Thankfully Alison now seems just fine and her unique sense of humour is back too.

This Morning airs on weekdays at 10am on ITV.