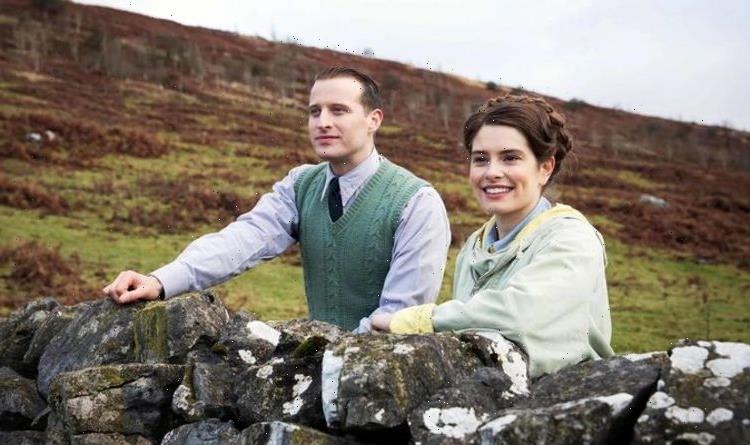 All Creatures Great and Small on Channel 5 is adapted from the original Alf Wight books with actor Nicholas Ralph portraying the famous vet himself, James Herriot. The show is a reboot, following in the footsteps of the original series which premiered in 1978 with actor Christopher Timothy in the lead role. Despite starting decades after the books were first published, the heartwarming farming series has gone down a storm with viewers.

WARNING: This article contains spoilers from All Creatures Great and Small.

The new version of All Creatures is the same story as both the books and the original show, starting with James joining veterinary practice Skeldale House which was run by Siegfried Farnon (played Samuel West).

As well as the everyday work of tending to various farm animals, the show depicts a simpler time where communities thrived together.

There is also the matter of James’ ongoing blossoming romance with Helen Alderson (Rachel Shenton) which has continued to keep fans hooked.

Season two saw James return to the Dales after spending some time back in Scotland to decide where his future was.

Will there be another series of All Creatures Great and Small?

All Creatures Great and Small has been a success once again, after launching the reboot last year.

So it shouldn’t come as too much of a surprise to know there should be a third season.

Even though Channel 5 hasn’t officially confirmed this, showrunner Ben Vanstone revealed this was the plan.

To get fans even more excited, he stated work is already being carried out on the next series.

Vanstone said: “Yes, I think we are looking forward to a third series. I don’t think that’s a surprise.

“I think that when we started the show, we had in mind arcs for these characters that took them across a number of series and initially, it was kind of four series.

“But everything in this show plays out slower than you think it would.

“So yeah, there’s plenty more to come. We’ll see what all the stakeholders say.”

There has been no indication of when series three could premiere on Channel 5 if it is given the go ahead.

However, going by previous start dates, we can predict roughly when it could begin.

Both series one and two of All Creatures started sometime in September.

Therefore, it is highly likely that season three will make its debut in September 2022.

The season two finale of All Creatures Great and Small will air on Thursday, October 21.

The episode will be called Home Truths and the description teases a dramatic ending.

It reads: “As Chamberlain heads to meet with Hitler in Munich, James prepares to face his parents and give them some difficult news.

“Meanwhile, the prospect of a return to war acts as a timely reminder to make the most of life while you can.

“But James’s agenda is derailed by an emergency with the Alderson’s pregnant mare, Candy.”

All Creatures Great and Small is available to watch on Channel 5.