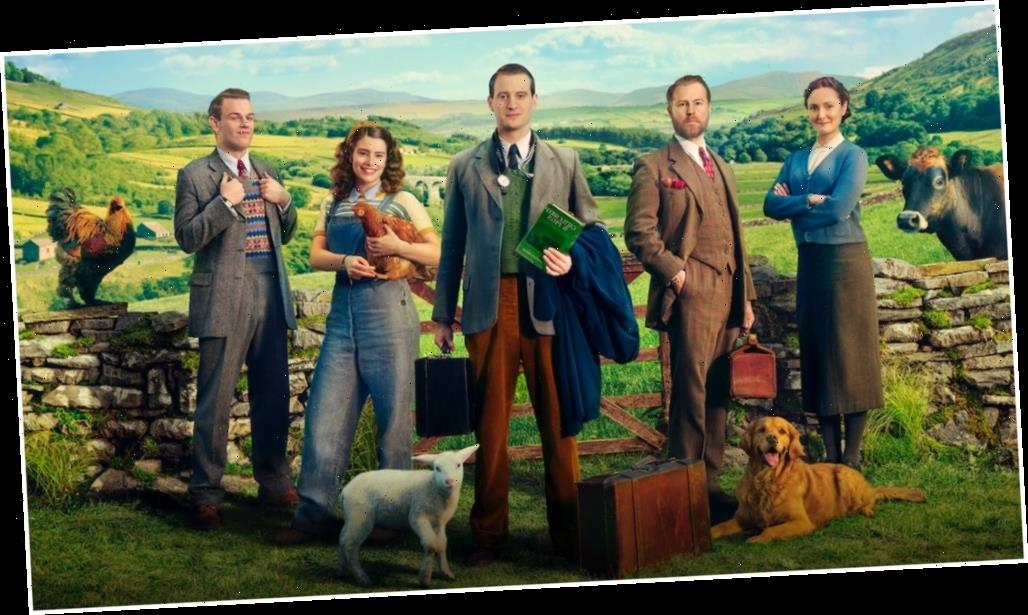 All3Media has announced a raft of global acquisitions for “All Creatures Great and Small,” produced by Playground for Channel 5 in the U.K. and PBS Masterpiece in North America.

Adapted from James Herriot’s bestselling novels, the series has been Channel 5’s highest rated drama of 2020 so far. It is produced in association with All3Media International and Screen Yorkshire, written by Ben Vanstone (“The Last Kingdom”), directed by Primetime Emmy and BAFTA winner Brian Percival (“Downton Abbey”) and produced by Richard Burrell (“Silent Witness”).

Deals for the series have been closed with Acorn Media in South and Central America for its SVOD/AVOD platform as well as Europe where the company picked up SVOD and DVD rights for the U.K., Eire and Malta. Deutschland acquired rights for Germany, Austria and Switzerland, as did broadcasters DR in Denmark, NRK in Norway, SVT in Sweden and YLEISRADIO OY-TV1 in Finland. Filmin has acquired in Spain and Viasat World have taken rights in CEE for its Epic Drama Channel, whilst MTVA will broadcast in Hungary.

Further SVOD deals were confirmed in Asia with BBC Global Channels for Hong Kong, Singapore and Malaysia, and BBC Studios for its Taiwanese and Africa feeds. Sky in New Zealand has acquired series rights and a yet unnamed SVOD service has picked up first window in Australia.

EXCLUSIVE: Boutique distributor Limonero Films has closed deals with Disney for two of its factual series. “Inside the Storm” is heading to the National Geographic channel in Latin America with “Iberia: A Land of Passions” going to Nat Geo Wild in Asia and the Middle East.

Combining interviews and analysis, “Inside the Storm” dives into the corporate world of major global brands to examine what happens in company boardrooms on a daily basis. “Iberia: A Land of Passions,” the first 4K documentary distributed by the company, follows several Iberian Peninsula-native species over the course of a year to study mating patterns.

“I’m extremely happy that our tried-and-tested titles keep breaking into new territories, despite the current climate of uncertainty,” said Limonero managing director Pamela Martínez. “I’m am also very pleased with what is our first 4K wildlife documentary, and our first deal with Nat Geo Wild in Asia.”

Blue Ant International has closed an exclusive distribution deal with HBO Max for two live action series from its kids and family catalog, Seasons 1 and 2 of “Detention Adventure” and “MAKE IT BIG, make it small.”

Winner of the 2020 Kidscreen Award for Best Web/App Series-Original and nominated for two 2020 Canadian Screen Awards, “Detention Adventure” follows a group of straight-A students who uncover a long-hidden laboratory of Alexander Graham Bell beneath their school. Series is produced by LoCo Motion Pictures and Broken Compass Films.

Produced in house by Blue Ant, “MAKE IT BIG, make it small” is an unscripted educational program which explains to young audiences how the world around them functions, including in a unique DIY project at the end of each episode.

“Les Misérables” is headed back to London’s West End for a limited holiday season six-week run at the Sondheim Theatre. Running Dec. 5 – Jan. 17, “Les Misérables -The Staged Concert” will commemorate the 35th anniversary of one of the world’s most successful musicals.

Casting for the special includes Michael Ball as Javert, Alfie Boe as Jean Valjean, Carrie Hope Fletcher as Fantine and Matt Lucas as Thénardier. At some performances John Owen-Jones will return to the role of Jean Valjean.

The Sondheim Theater will limit capacity to 750 and adhere to all COVID-19 safety measures and social distancing throughout the entire building. According to producer Cameron Mackintosh, the new full production of “Les Misérables” which opened in January will return when capacity restrictions are lifted.

“Les Misérables -The Staged Concert” is being staged without financial help from the Culture Recovery Fund or the National Lottery.

An entirely new format, the series will put two experts, one on cast the other on dogs, head to head in people’s homes where owners are at their wit’s end with uncooperative pets. Production is already underway with the series set to deliver in 2021.

According to McCarthy, the launch of Flying Saucer TV is the next step in his development strategy at Gobstopper after the company went independent following a buyout earlier this year when it left Keshet International.

'The Bachelorette': Eazy Nwachukwu Knew Clare Crawley Fell for Dale Moss the First Night When She Did This 1 Thing