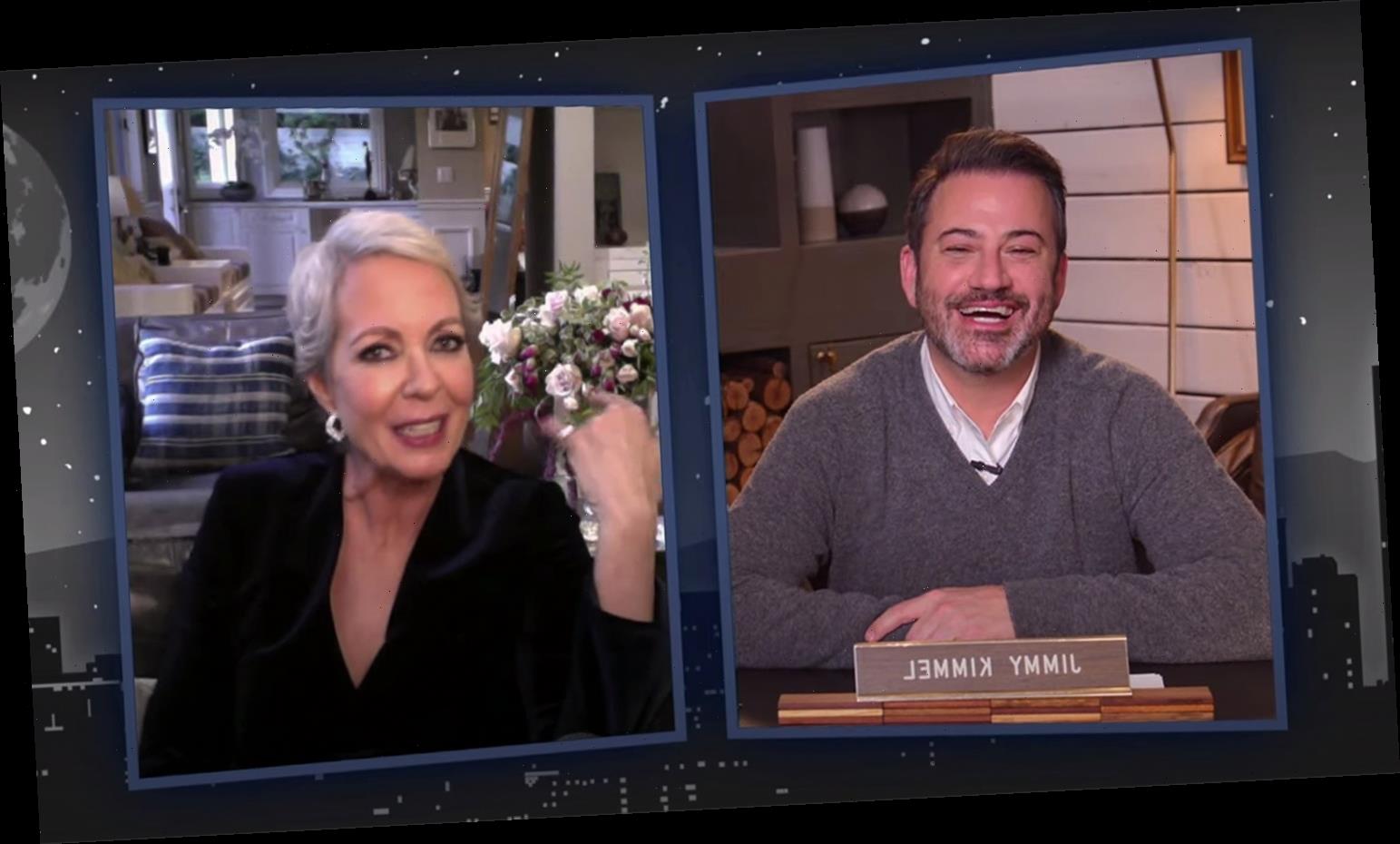 When it comes to the identity of one of her more "germophobic" costars, Allison Janney's lips are sealed.

On Thursday night's episode of Jimmy Kimmel Live!, the Mom star revealed that she once had a scene partner, pre-COVID-19, who had a very unusual request for her during one of their kissing scenes.

"He was such a germaphobe, he would put Neosporin on his lips and ask me to put it on mine, too, before he would kiss me," said Janney, 61.

After Jimmy Kimmel laughed and said, "That doesn't do anything!", Janney said, "I didn't know [what it would do] but I took it very personally, though." She continued, "I thought, 'What does he think I put in my mouth?' I don't know. It kind of unnerved me, but people are germaphobes."

"By any chance, was this Howie Mandel?" asked the host, 53. (Mandel, 65, suffers from obsessive compulsive disorder, with a fear of germs.)

"You might think so, but no, it was not Howie Mandel," Janney said. "I will not say who it was."

The conversation came about after the actress said she gets tested for coronavirus "seven to eight times a week, depending on whether or not I'm going to be doing kissing scenes." Mom's eighth season premiered in November, with the notable absence of Anna Faris, who exited the CBS sitcom after last season.

Janney — who plays Bonnie, mom to Faris' Christy — previously told Entertainment Tonight that her costar leaving was "a huge loss for the show."

"She was part of creating a character, Christy, that everyone fell in love with, who was so lovable and warm and gullible and funny and we will miss her so much," said Janney.

She continued, "I think I'll miss the most, for me, the relationship between Bonnie and Christy, even though that will still continue. But she won't be present. That's what I'll miss."