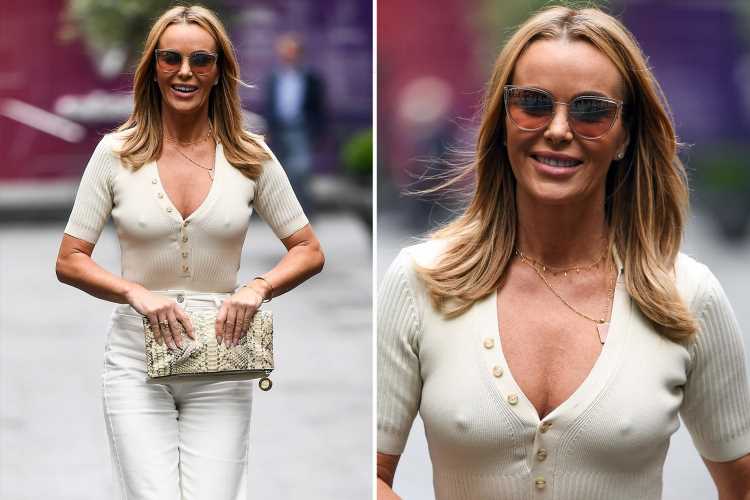 AMANDA Holden looked incredible in an all-white outfit as she braved the rain in London.

The TV star wore a plunging top tucked into white jeans as she strolled through Leicester Square. 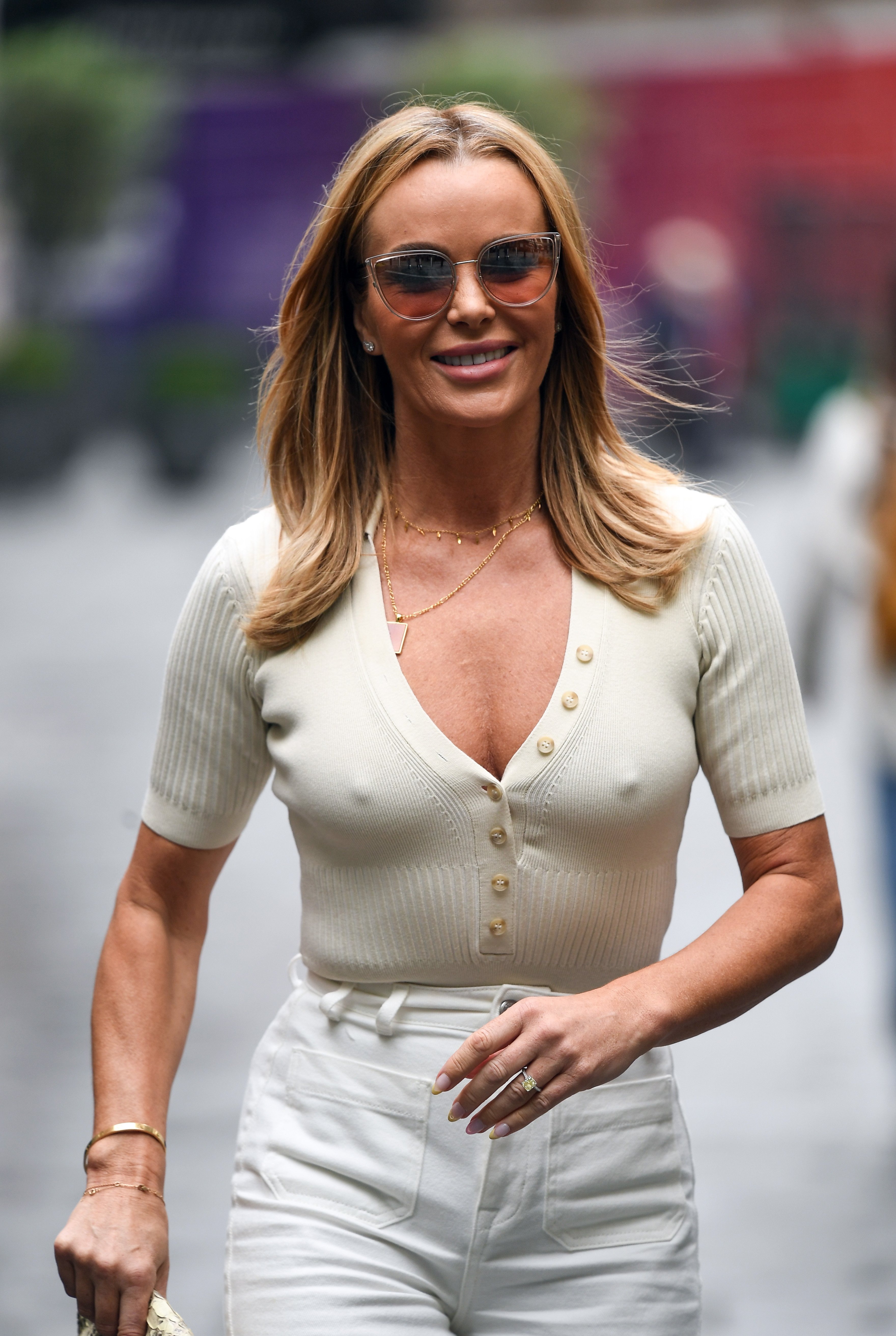 Amanda's blonde locks fell around her face and she teamed the 70s inspired look with stiletto heels.

The 50-year-old completed the ensemble with a snakeskin clutch bag.

It comes after The Sun revealed Amanda was wanted Down Under.

Australia’s Got Talent bosses were desperate to bag Amanda for the revamped judging line-up. 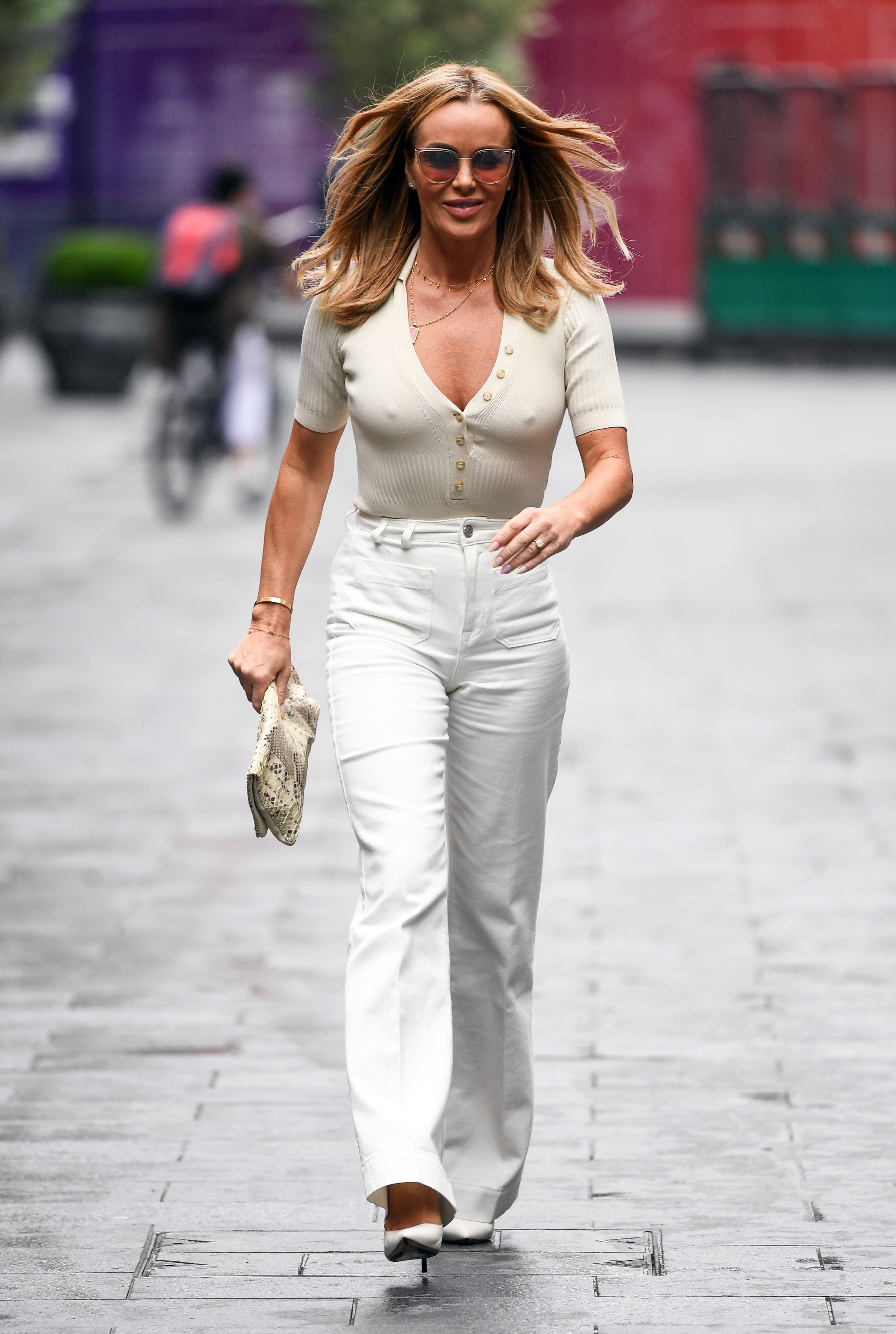 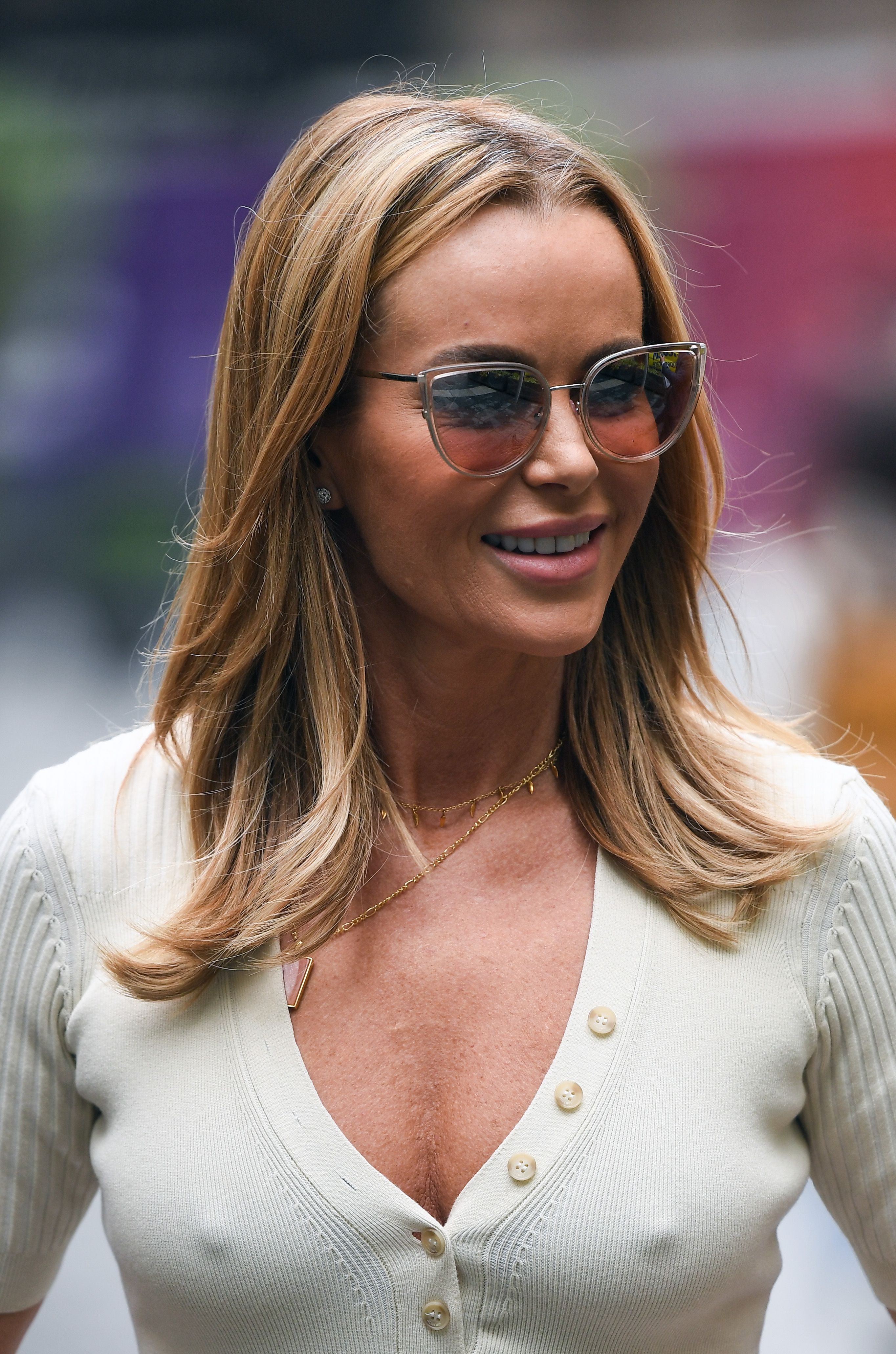 However, we can reveal Amanda turned down the job before Alesha Dixon was then offered it.

And with BGT off screen this year due to Covid, she'll surely be glad of the gig.

A TV insider said: “Amanda was the first choice for Australia’s Got Talent and she had a series of meetings but logistically she just could not make it work.

“Her kids are still young so it feels a bit more doable for her."

We also revealed Amanda is set to become the queen of primetime TV after bagging herself a new series on Channel 4.

The new deal means the star is the first person to work across all three of the major UK channels thanks to her other agreements with the BBC and ITV.

“It’s difficult at the moment because of ­quarantining but she has had the green light and will start filming later this month.”