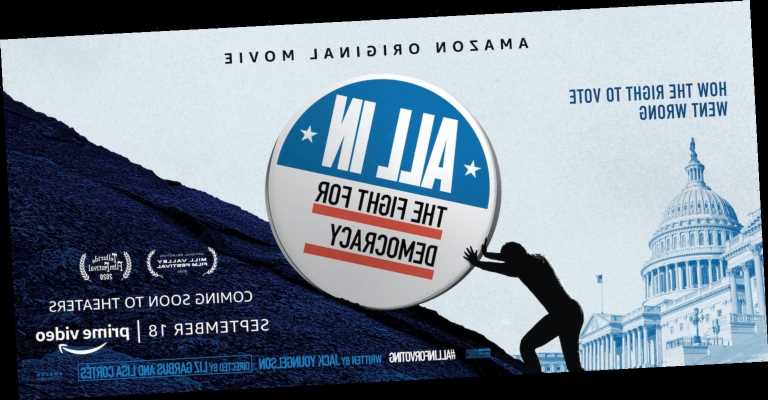 This Tuesday is National Voter Registration Day, and in the spirit of patriotism, Amazon is lifting its prime video paywall for the Amazon Original documentary All In: The Fight for Democracy for 24 hours. The documentary, which examines the issue of voter suppression in the United States, heavily features former Minority Leader of the Georgia House of Representatives Stacey Abrams, who will host an online watch party for the filming tomorrow.

Amazon Prime Video announced that it is making All In: The Fight for Democracy free to stream for 24 hours in support of National Voter Registration Day tomorrow. The Prime Video paywall will be taken down for 24 hours on September 22, and Twitter and Twitch watch parties will be hosted by Stacey Abrams, Lin-Manuel Miranda, and social influencer Neeko starting at 4 P.M. PST and 11:00 A.M. PST, respectively. All In: The Fight for Democracy will stream at no cost for 24-hours on Prime Video, and on YouTube.

It’s a fitting documentary to make available to watch for free, as All In spotlights the history of voter suppression in the States — an ongoing issue that continues to have very real and dangerous effects today. Not only will it educate citizens about the importance of voting, but it will finally provide some insight into all those Stacey Abrams ads that have been popping up all over YouTube.

Here is the synopsis for All: The Fight for Democracy:

In anticipation of the 2020 presidential election, All In: The Fight for Democracy examines the often overlooked, yet insidious issue of voter suppression in the United States. The film interweaves personal experiences with current activism and historical insight to expose a problem that has corrupted our democracy from the very beginning. With the perspective and expertise of Stacey Abrams, the former Minority Leader of the Georgia House of Representatives, the documentary offers an insider’s look into laws and barriers to voting that most people don’t even know are threats to their basic rights as citizens of the United States.

“Voting is fundamental for our country and democracy, and should be accessible and available to Americans everywhere. Today All In: The Fight for Democracy will be accessible on multiple platforms in support of voter awareness and registration for all Americans,” said Abrams, whose Fair Fight Action organization launched ana non-partisan social impact campaign at AllInForVoting.com, which has recruited various celebs as ambassadors, including Taraji P. Henson, Connie Britton, Tyler Blackburn, Zooey Deschanel, Don Cheadle, Gabrielle Union, Seth MacFarlane, Padma Lakshmi, Melissa Ethridge, Zach LaVine, Viola Davis, Janelle Monáe, and more.