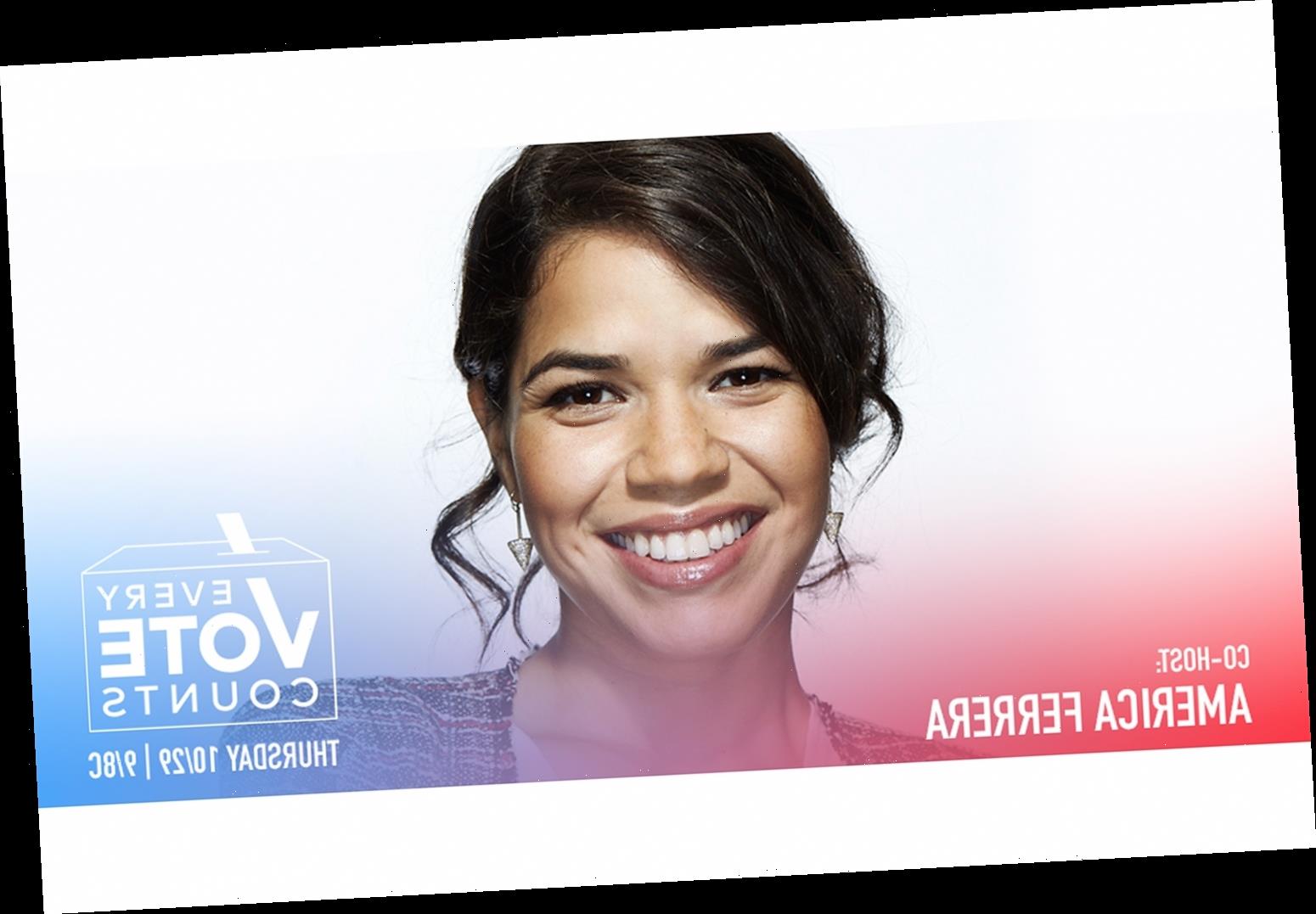 America Ferrera is ready to rock the vote!

The Superstore actress, who will be co-hosting the star-studded Every Vote Counts – A Celebration of Democracy special on Thursday on CBS along with Alicia Keys and Kerry Washington, tells PEOPLE that while the program offers an "incredible lineup of entertainers and presenters," the "real focus of this celebration is everyday American voters on the ground exercising their right to vote, volunteering to hold up the electoral process."

The special will showcase "first-time voters, voters from every single generation talking about and celebrating why they vote, the power of their vote and how they engage in our democracy," Ferrera, 36, says.

Adding that "viewers can expect to be entertained by names they know," Ferrara says those tuning in can also be "inspired by Americans across the country who are joyfully engaging with our democracy in this incredibly important election" and enjoy appearances by "a few names across the political spectrum, Condoleezza Rice and former Senators Bill Frist and Tom Daschle, and John Kasich joining the conversation to talk about the need for us to participate in our democracy in this moment."

"So there is a very wide range of voices and backgrounds to represent as much of our country as possible," she adds.

Ferrera also opens up about helping a family friend in her 50s originally from Guatemala named Roxy, who just became a U.S. citizen this year, vote for the first time.

"This election was her first time voting in her life and certainly her first time voting as a U.S. citizen," adding of her friend.  "And she asked me to help her and to guide her through the voting by looking up propositions and measures and all the other down ballot choices that she had to make."

"I am thrilled to be joining my dear friends Alicia Keys and America Ferrera to host ‘Every Vote Counts’ so that we can amplify voters' voices and provide resources for all Americans as they participate in our democratic process," Washington, 43, said in a statement. "For our democracy to work, every American's voice must be heard and every vote must be counted. We are so excited for this opportunity to celebrate democracy and our collective power when we all show up at the polls."

Said Keys, "The purpose for this special is to remind and inspire all Americans of the power of their voice and their vote. It’s a challenging time but we have the opportunity to continue to show up and shape the world we want to live in. In a democracy, every vote counts, so we want to encourage and uplift each other and remember we all have a say in the direction of our country because everyone’s participation matters."

"Also, for many young people across the country, this is their first time voting so we want to make sure they understand the magnitude of this time and learn why this is one of the most exciting moments in the Democratic process," she continued.

In addition to a star-studded lineup, the special will also include interviews with everyday voters, as well as speakers sharing incontrovertible information on how to vote and allaying concerns about voting amid the ongoing coronavirus (COVID-19) pandemic.

The nonpartisan special was created as an appeal to Americans to cast their vote in the 2020 presidential election and aims to encourage viewers to rally their family and friends to head to the polls.

Every Vote Counts will air on Oct. 29 at 9:00 p.m. ET on CBS Television Network. It will also be livestreamed simultaneously on CBS All Access and be available on iHeartMedia radio stations and app, Apple Music, Apple TV App, NowThis, YouTube, Twitter, TIDAL and Facebook.