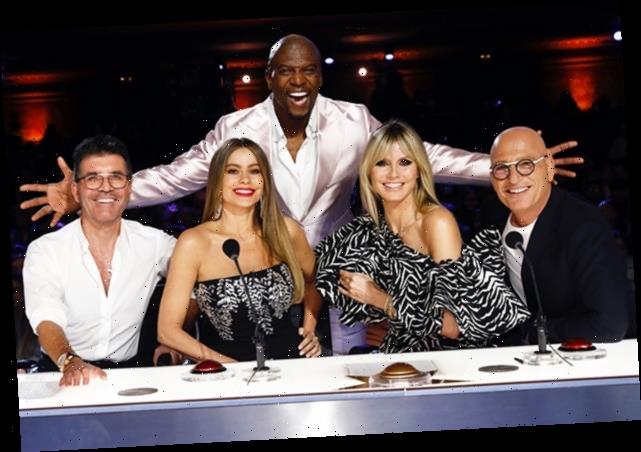 What a difference a year makes. NBC on Monday released the first photo of America’s Got Talent‘s Season 15 judges panel, and there’s been quite a shake-up.

As previously reported, Sofia Vergara and Heidi Klum are filling the seats left vacant by Gabrielle Union and Julianne Hough, both of whom were let go after just one season. This marks Vergara’s first time appearing on AGT, whereas Klum already served as a judge from 2013–2018; she also judged both seasons of America’s Got Talent: The Champions.

“I’m so happy to join my new family on AGT,” Vergara initially said in a statement. “This is a new and exciting next chapter for me and I’m extremely proud to be the first Latin judge on the show. I can’t wait to watch all the talent and have fun with all you guys.”

Vergara and Klum are joined by fellow judges Simon Cowell, who has been with the show since 2016, and Howie Mandel, who made his AGT debut back in 2010. Terry Crews is also back as host. A premiere date has not yet been set.

America’s Got Talent: The Champions wrapped its second season last month, bestowing the title of “World Champion” upon V.Unbeatable, an acrobatic dance group from India.

Your thoughts on the latest incarnation of the America’s Got Talent judges panel? Drop ’em in a comment below.