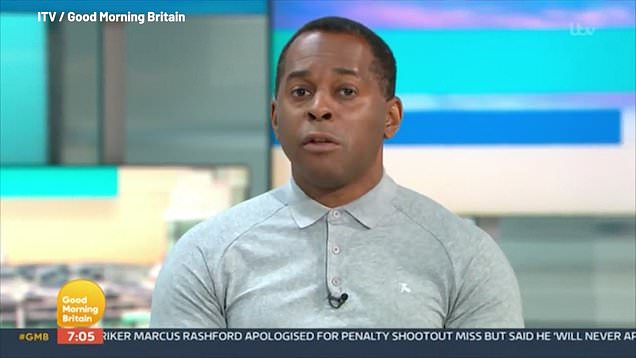 The presenter was talking about his own experiences after England’s footballers were sent racist abuse after the Euro 2020 final.

Marcus Rashford, Jadon Sancho and Bukayo Saka were subjected to vile online messages after missing penalties – and Andi explained how it had affected him.

Speaking about the messages he’d seen which were sent to footballer Bukayo, Andi said: ‘Genuinely, for the first time ever I was quite emotional. How a 19-year-old boy who has done everything for his country can be abused online by people he doesn’t know, and I pray he never sees what was online yesterday.’

Richard asked: ‘Do you think the fact we’re taking time out on programmes like this, do you get the sense that we may be at a watershed moment of opportunity?’

‘I think it’s wishful thinking on your part, this tanker of racism is so big, it’s so hard to steer, but I genuinely believe this, viewers, my colleagues, we all want change,’ Andi replied. 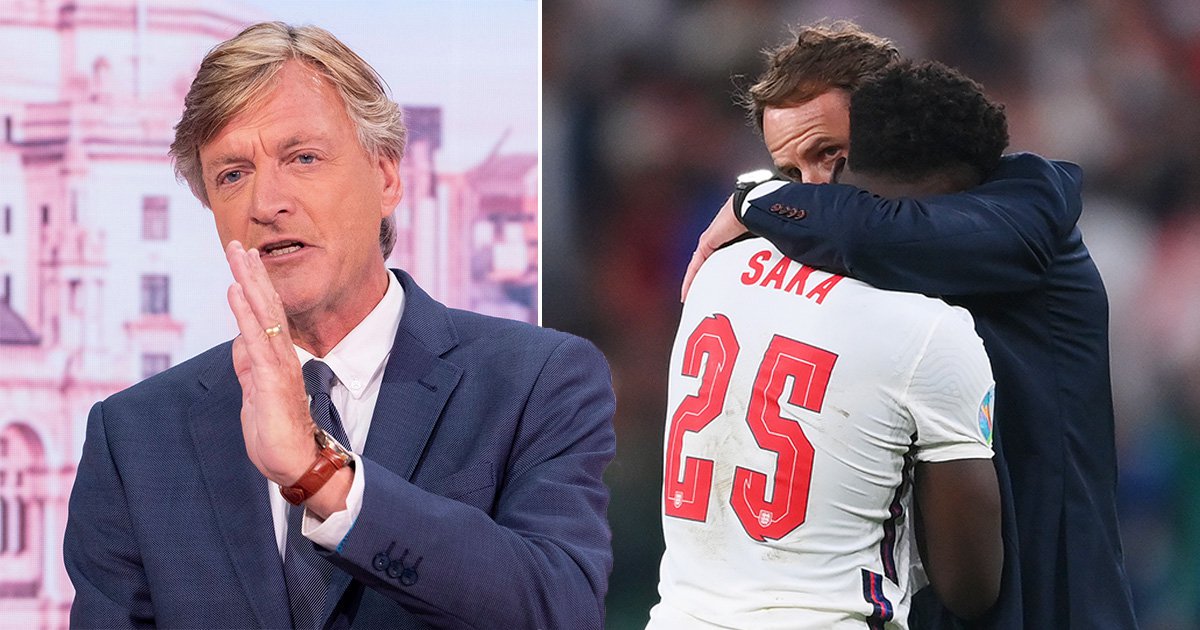 ‘I can talk to you two, I can look down the lens and talk to viewers, but I can’t talk to everybody. All I can do is the people I surround myself with, I can educate you, I can make you slightly more sympathetic to the life I’ve led so that you transfer that onto your kids. I don’t think I’ll see equality in my lifetime.’

Explaining his comment, Richard said: ‘Just to explain Andi, I wasn’t wishful thinking I was just asking the question. I’m an incurable optimist, that’s how I’m built, it’s in my DNA, I was just wondering for your thoughts on whether we might see a bit of positive movement.’

‘There should be consequences, eventually I think we’ll see change but not for a long time,’ Andi agreed.

‘There’s no doubt the Government could do more. We have the most ethnically diverse Government that I’ve ever seen with Priti Patel, Rishi Sunak, there are so many people of colour in this Government.’

It comes after Richard previously called to ’lock away’ racist social media users in an impassioned speech on Good Morning Britain following England’s defeat to Italy.

Earlier on Tuesday’s show, Susanna Reid clashed with co-host Richard after slamming Boris Johnson’s response to the racist abuse on social media sent to England players after the Euro 2020 final.

Good Morning Britain airs on weekdays at 6am on ITV.