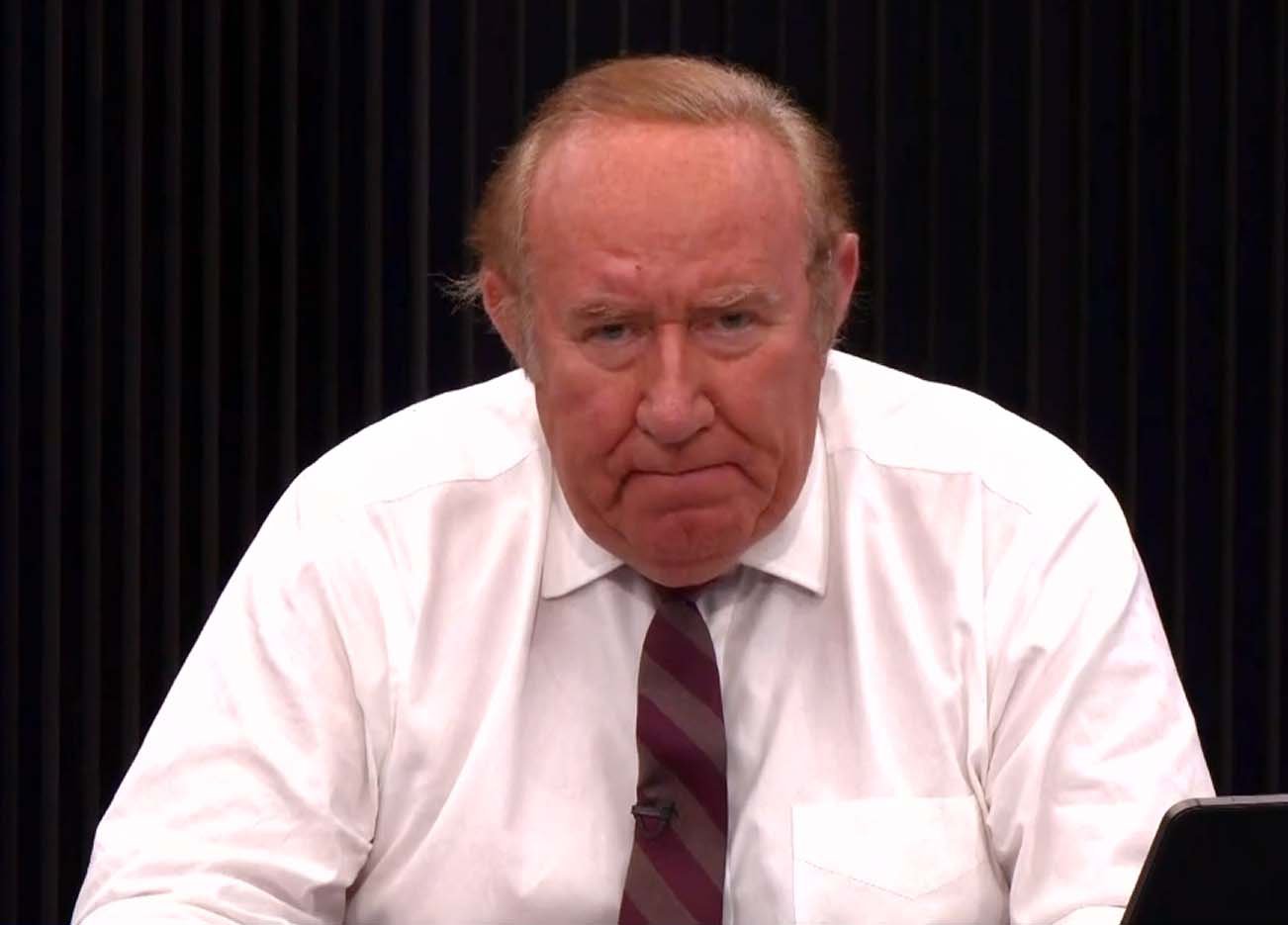 Andrew Neil will return to GB News later this month but will likely be stepping back from his prime-time political show, according to sources.

The chairman of GB News spent just two weeks presenting his new gig before taking a two-month break when the channel’s launch was plagued by a series of misfires and poor ratings.

Since June he’s made just one appearance on the broadcaster, returning on August 19 to condemn President Joe Biden for withdrawing US troops from Afghanistan, enabling the Taliban to seize control of the country.

In his place, Neil’s show was handed to former Sky anchor Colin Brazier, who is about to head off on his own holiday with Alastair Stewart – who presents a weekend show on GB News – taking his place for four nights from Monday, September 6.

A source informed Metro.co.uk, Neil is still on course to return to GB News in September but is not expected to be hosting his show nightly as promoted when the station initially launched back in June.

A spokesperson from GB News declined to comment when approached by Metro.co.uk.

This month marks three months since GB News launched, with staff and several hosts on probationary contracts fearing they could be let go as channel’s honeymoon period hasn’t quite gone to plan.

Before his swift departure, Neil urged viewers to stick with GB News, despite – by his own admission – a ‘rocky’ start.

‘We’re a start-up, they’re always a bit rocky these start-ups. But we are up and running as you can see, we get better every day and there’s clearly an appetite for what we’re doing,’ he said.

‘And in two short weeks, we’ve already built a loyal audience which has beaten all of our expectations, it’s often bigger than the other news channels and it’s growing.

‘On behalf of GB News, I say to all of our viewers, thank you.’

Since then, several of the channel’s programmes have sunk to ‘zero viewers’.

However, in Neil’s absence, former Ukip leader Nigel Farage brought in record figures for the platform, with his first ever show beating BBC News and Sky with 107,000 viewers, while segments such as Talking Pints, in which he chats to guests over a beer, have also provided a ratings boost.

New figures have also shown GB News’ reach is much higher on social media platforms such as TikTok and YouTube, while the GB News app has almost reached 300,000 downloads.