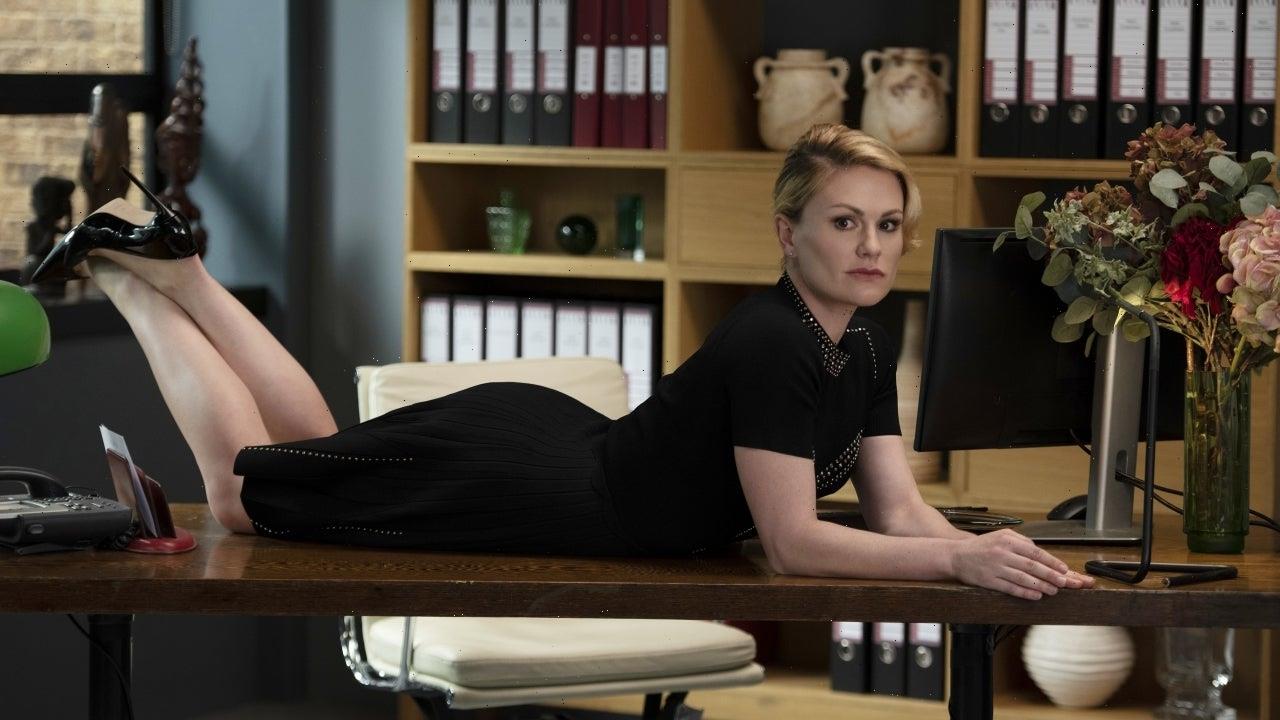 Flack officially returns for season 2 on Amazon Prime Video next Friday, one year after the six-episode season was picked up by the streaming service (following its unceremonious cancellation by Pop TV), and only ET has the exclusive first look at the trailer at the dramedy about the cutthroat world of PR.

The sophomore season picks up following the events of the season 1 finale, which saw high-powered publicist Robyn’s (Paquin) work and home collide catastrophically when she could no longer resist the temptations of her sex and drug addiction. After firing PR intern Melody (Rebecca Benson), Robyn’s relationships are damaged beyond repair. Will Robyn’s BFF and co-worker, Eve (Lydia Wilson), ever forgive her? And will Mills Paulson PR ever be the same again? Meanwhile, their boss, Caroline (Sophie Okonedo), has bigger fish to fry in a shakeup that could change her company forever.

In the exclusive trailer, it’s business as usual for Robyn as she’s called in to put out fires on a few would-be sex scandals. But of course, while she’s flying high at work, Robyn’s barely holding on in her personal life, as her deep-seated issues with her estranged mother (Martha Plimpton) begins to come to a head. The trailer also reveals a very shirtless Daniel Dae Kim as a (married?) tech titan who begins a hot romance with Eve and Caroline showing her ex who’s boss.

Watch the exclusive season 2 trailer below.