Tim was joined by fellow Antiques Road Trip star Irita Marriott in an episode of the programme which aired last month on the BBC. The pair watched as the items they had found were put up for auction and each was hoping they would turn over a bigger profit. Unfortunately, it was Irita’s Porcelain cup and saucer that caused some controversy but her co-star was the one who looked the most shocked.

Sitting down with their iPads by a river to watch the auction, Tim admitted: “I have to admit, I do get nervous before these little auctions.”

Irita replied: “They are so unpredictable,” as her co-star added: “We’re in the hands of the gods, aren’t we?”

Amongst the collection of items going up for sale were the Porcelain cup and saucer which Irita had bagged for £17.

However, it seems the potential buyers weren’t on board as the numbers fell through the floor and Irita couldn’t believe what she was seeing.

“I’m going to get my lip out,” she said as she watched in trepidation but the hammer finally came down on the collection. 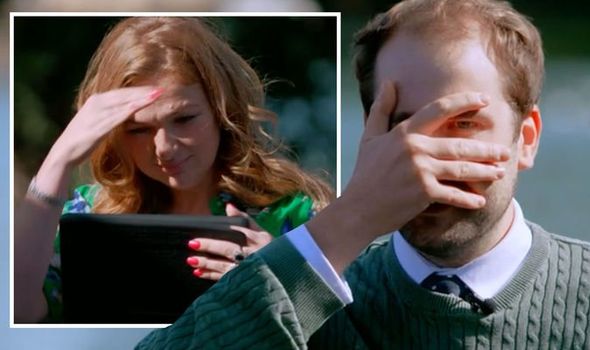 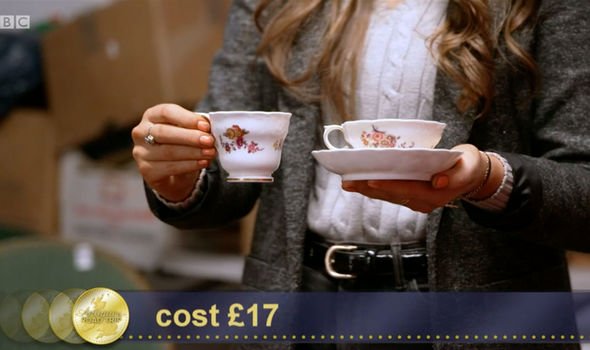 It sold for £8 which meant the expert had suffered a loss of £9 given the original price she had paid for the set.

When Tim heard how much his co-star had paid for it, his head was left in his hands as he couldn’t believe the cost of the loss.

“Oh dear,” he remarked but fortunately for Irita, she made gains from other items she had bought that were put up for auction.

The first thing that was on offer was the French jewellery box she had got her hands on for a price of £35. 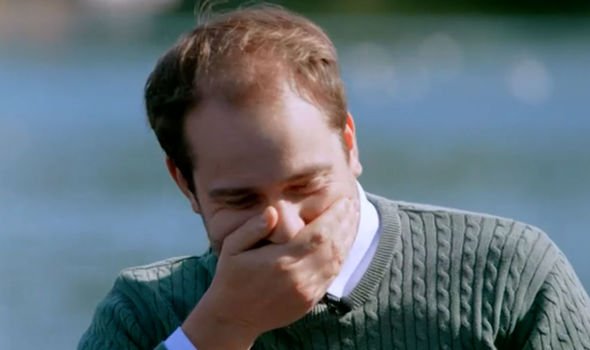 As the offers came in, Irita couldn’t believe what she was hearing and eventually, the buyer put down £85 for the jewellery box.

This gave her a profit of £50 and commenting on the win, Tim said: “I’m very happy for you, but also, a little bit disappointed for me.”

The first item of his that was put up for auction was a telescope which he had managed to get hands-on for £21.

He enjoyed a little profit of £14 as the item was bought for £35 and commenting on her co-star’s success, Irita asked: “Should I start getting worried?” 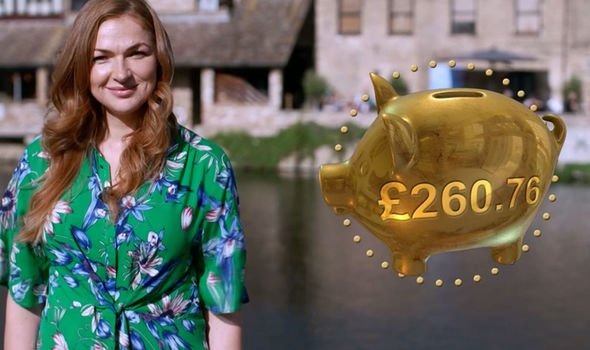 Next up was Tim’s horseshoe paper-knife bookmark, which had originally cost him £32 to buy and he hoped he would get at least a slight profit.

“I love the little silver hallmarked horseshoe,” he told his co-star, who replied: “Didn’t it say good luck?”

“Yeah, it’s my little lucky buy for the day,” he remarked and with the buyer purchasing it for £42, a profit of £10 was made.

“I’m happy with a tenner,” the expert declared, with Irita reminding her co-star: “All those pounds add up.”

However, when it came to a Great Exhibition pipe, the Antiques Road Trip expert did not have all the luck in the world on his side.

The pipe was bought by Tim for £15 and Irita told him he couldn’t “really lose” as it was a great item for auction.

“It’s in a nice condition so I can’t possibly lose,” the expert said as his co-star added: “It’s good it has a name on it.”

Though, when not many bids came in, the auctioneer was ready to cut it off at £15 and Irita declared: “Stop, we don’t like short and sweet.”

Breaking even with the pipe, Tim told his co-star: “Got to look at the positives here,” to which she added: “You deserve so much more than that.”

Antiques Road Trip airs weekdays at 4:30pm on BBC One.