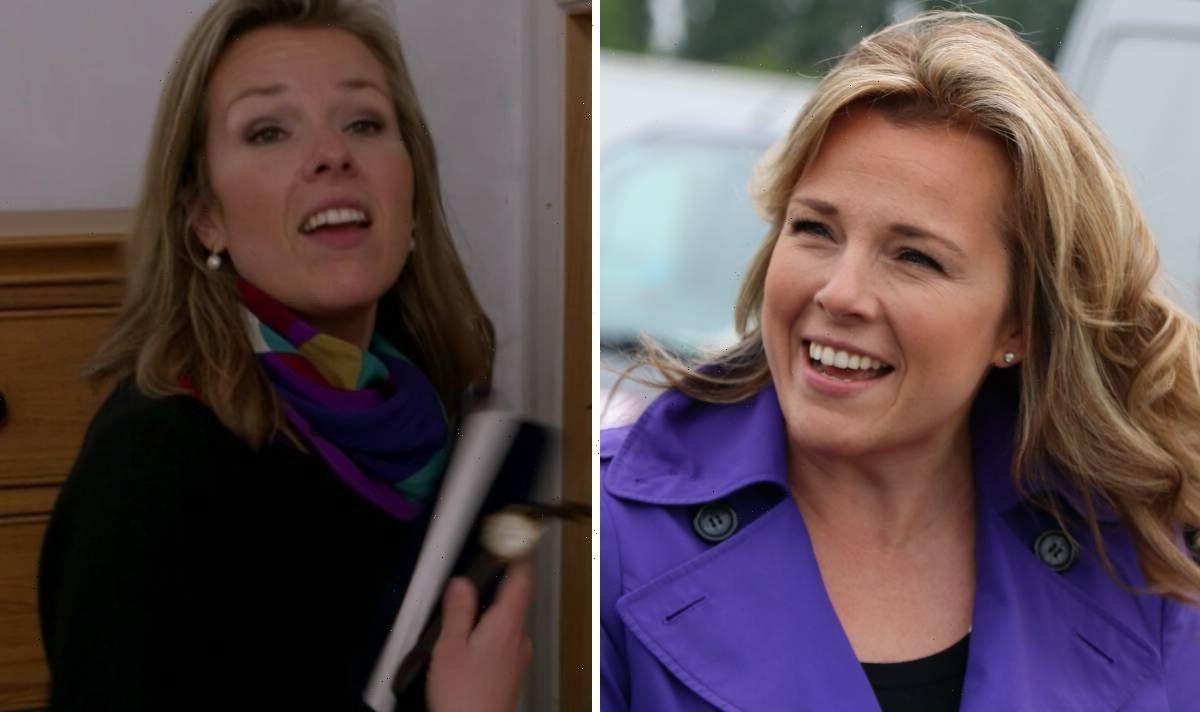 Lorraine: Will Kirk on his new show 'The Travelling Auctioneers'

Antiques Road Trip and Bargain Hunt expert Christina Trevanion has been working as an auctioneer for more than two decades and starring in BBC daytime shows for around eight years. Earlier this month, her new show, The Travelling Auctioneers, with The Repair Shop’s Will Kirk made its big debut. And while Christina has a plethora of experience in antiques, she wasn’t always able to comment on the belongings that surfaced.

Christina Trevanion developed a love for antiques from a very early age, thanks to her mum Hazel who is an antique fanatic.

She would attend auctions alongside her parents and when she was old enough, she was able to graduate as a Fine Arts Valuation student at Southampton, specialising in jewellery, silver and watches.

The 41-year-old went on to work at Christie’s, Halls and Hanson, before owning her own auction house, Trevanion and Dean, which she set up with her husband Aaron Dean.

But when it came to filming The Travelling Auctioneers, Christina was already aware that she wouldn’t everything that she comes across on the show.

Christina explained to Express.co.uk: “That’s one of the things I love about my job as an auctioneer, I would never be so arrogant as to say, even having done this job for nearly 22 years, that I know everything about everything.

“You are always learning, there are always things you see on a daily basis that you may not have seen before and you need to look up.

“And that’s one of the great things about this show, I don’t know everything about everything.

“While I have a broad knowledge, there are things I have not come across before in this show that have absolutely flummoxed me and you’ll see that on the journey.”

The Travelling Auctioneers sees Christina and Will travel up and down the UK and be welcomed into people’s homes to essentially find buried treasure.

If she would spot anything that could be worth a pretty penny, it would be up to Will to restore it to its former glory before being taken to auction.

In true The Repair Shop-style, the families vowed to use their profits to make memories with their loved ones or donate it to good causes for heartwarming and often personal reasons.

While on the road, Christina was left very much impressed by Will’s abilities as a restorer.

She added: “It was an incredibly, quite enlightening, experience to see what Will [Kirk] did, how he dealt with particular things and some of the things that he did, he’s incredible.

“His skill and his skillset, I mean, he would take something that was just a pile of wood and he turned it back into this incredible tea caddy.

“And if it hadn’t been for Will, it would have been thrown in the bin and that’s it.

“It became the most beautiful tea caddy or a little box you can put your jewellery in.

“I was absolutely blown away by his talent.”

The Travelling Auctioneers’ first series came to an end on BBC One earlier this month.

As of yet, there has been no talk regarding the future of the daytime series.

With the show starring popular personalities Christina and Will though, it does seem likely that it will be back for a second outing sometime in the future.

The Travelling Auctioneers is available to watch on BBC iPlayer.