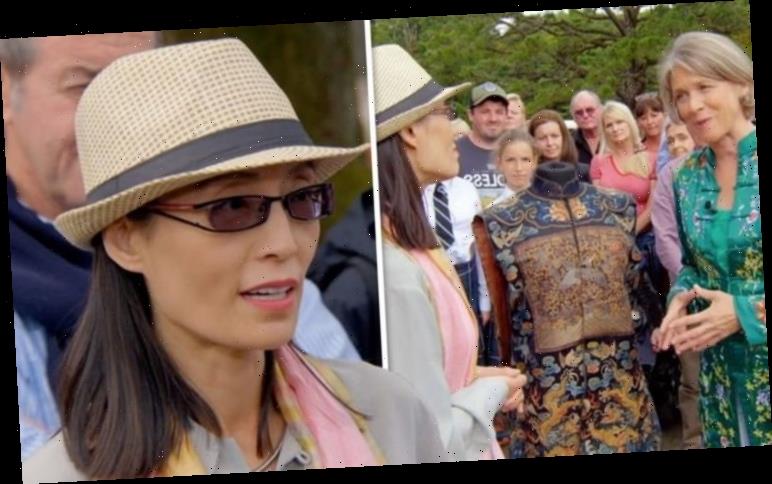 Fiona Bruce fronts BBC’s Antiques Roadshow with her team of experts guiding guests on whether their possessions might be worth something substantial. As ever, there are some visitors who unfortunately discover their items have decreased in value through aspects of damage or wear and tear. One previous guest on the programme was told by expert Elaine Billing her historic robe would “probably fetch a little less” than they paid for it after it displayed obvious elements of fading and damage from an instalment at Buckfast Abbey, Devon.

The guest presented a stunning item of clothing to the Antiques Roadshow expert, soon catching her attention.

And after gathering its history, the BBC show’s expert gave soon explained the origins of the robe.

Asked why she had bought the piece, the guest explained: “It’s beautiful and it carries a lot of history, the place we got it from, it says it’s a robe worn by an official’s wife?”

Just from viewing the piece, the Elaine was able to later deduce: “So, this is quite a high-ranking person.

“It’s extraordinary to know this just from a piece of clothing,” she noted. 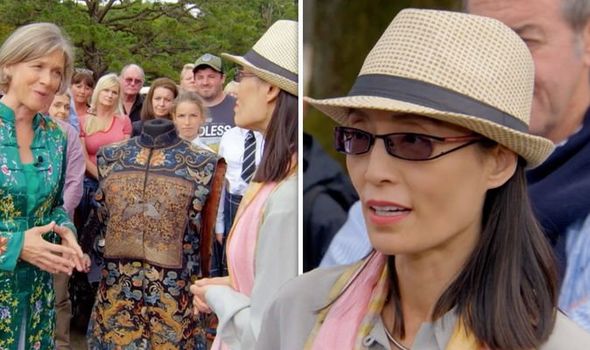 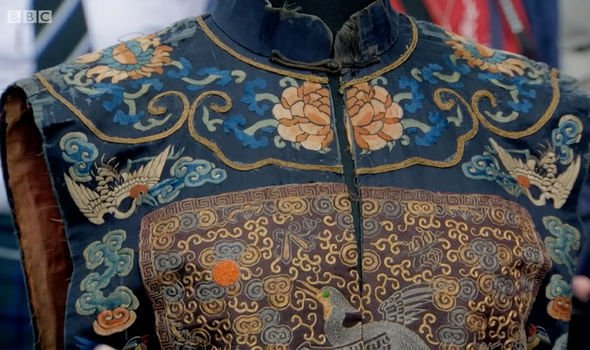 She went on to quiz the guest on how big a cost the item of historic clothing had come at.

The expert probed: “Did you pay quite a bit of money for this?”

Elaine admitted: “That’s a pretty full price,” before going on to give her verdict on how much it could be worth. 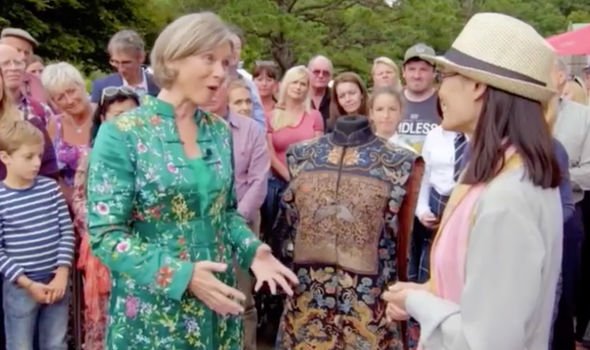 She continued: “I think if it was to appear at auction, because of its general condition…”

Examining the item in more detail, she said: “I mean these are all traces that show it was part of history and it was worn and some of the fading.

“I mean look at the colour of this? This would have had pretty bright colours on it originally.”

However, she went on to give another revelation about the beautiful robe in front of her.

The expert admitted: “It dates a little later than you were told, from the second half of the 19th-century.

“But, it’s still a piece of history,” she reminded the guest – before delivering a blow on the price point.

The expert revealed: “If it was to appear at auction, I think it would probably fetch a little less than you paid for it.”

Seemingly slightly disheartened, the guest detailed why she had gone ahead and bought the robe in the first place.

She said: “Okay, we were just… it was like love at first sight when we saw this, I just couldn’t stop!”

And the expert went on to ask: “In that case, can I ask you will you ever wear it?”

“I did once, who knows, again?” teased the guest, not seeming saddened by the prospect of the valuation any longer.

“I’m wearing mine and I think you should wear yours,” concluded the expert, with the guest promising: “Okay, I will, I will.”

Antiques Roadshow airs Sundays at 8pm on BBC One.