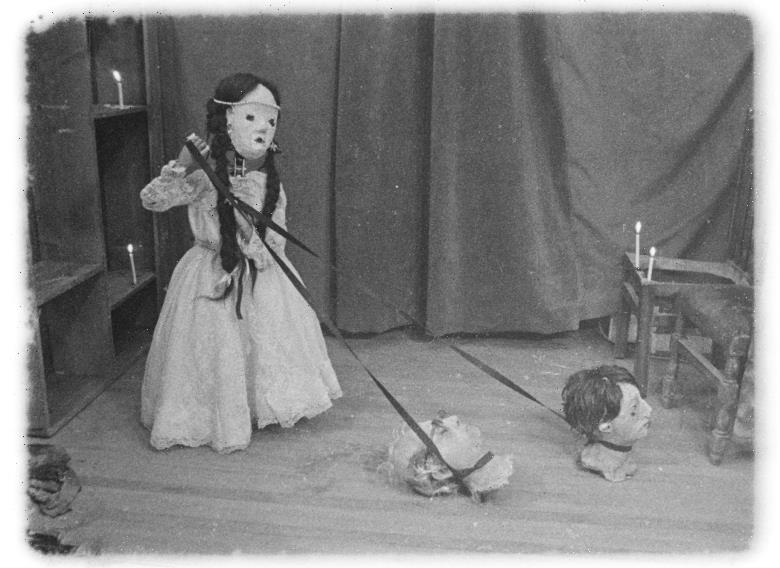 When Ari Aster first saw the animated horror “The Wolf House,” he loved it. Then he watched it again, and again. Four days later, he called up Chilean directing duo Cristóbal León and Joaquín Cociña to congratulate them on the animated film that had critics chomping at the bit.

“He said he saw the film three times, and we realized that he saw the film for the first time like four days before, so that basically means he saw the film almost every day,” Cociña told IndieWire during a recent phone interview. “It was amazing, because I saw ‘Midsommar’ two weeks before that conversation, and I was honestly amazed by this film. He approached us, and he saw some shot from the short, and he was really enthusiastic and he jumped in.”

“He has been really enthusiastic about our work,” added León. “So it was like, ‘I want to be a part of that,’ and we said, ‘Why don’t you jump in.’”

Aster joined as an executive producer, alongside Adam Butterfield and producer Lucas Engel. The filmmakers say the overhwhelmingly positive response to “The Wolf House,” their debut feature, contributed to Aster’s interest. Originally slated for a U.S. theatrical release in 2019, the pair were disappointed to have to shift online due to the pandemic. Ultimately, however, they believe it was a blessing in disguise, giving critics time to check out their niche animated horror film.

“All the critics were locked down and had nothing more to do than watch online films and we had a great, great, great unexpected reaction from the critics,” said Cociña. “We got way more attention in the U.S. than we would have expected, and I think it was on every list of the best horror films, animated films of the year.”

IndieWire’s own David Ehrlich was an early proponent of “The Wolf House,” dubbing it “the darkest animated movie ever made,” and comparing it to David Lynch’s masterpiece “Fire Walk with Me” in his rave review.

Their new short “Los Huesos,” which translates to “The Bones,” is a fictitious take on the world’s first animated film, which uses a three-person melodrama as a metaphor for Chile’s turbulent socio-political regime. Dated in 1901 and excavated in 2021 as Chile drafts a new constitution, the “found” footage shows a young girl performing a ritual with human body parts. The corpses are revealed as the bodies of Diego Portales and Jaime Guzmán, central figures in the construction of authoritarian and oligarchic Chile. 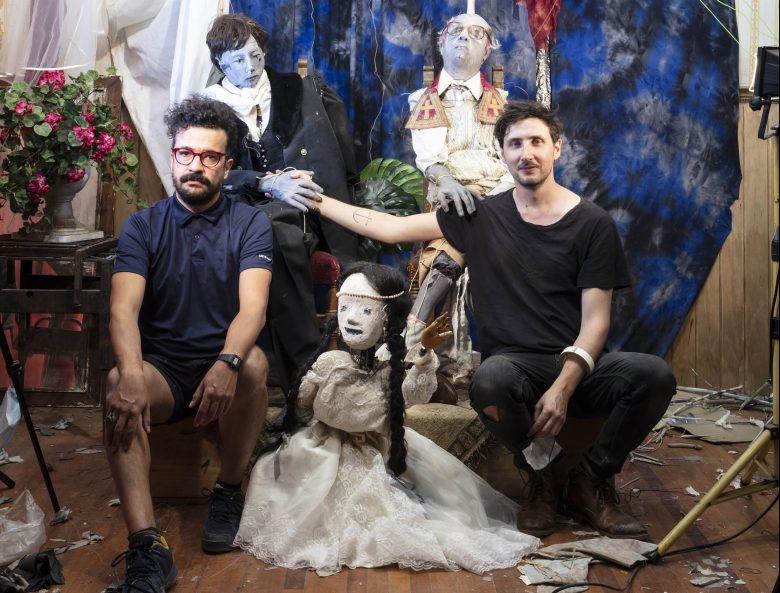 Cristóbal León and Joaquín Cociña on the set of “Los Huesos”

Courtesy of the filmmaker

“Chile had this oligarchic structure, in a really extreme way, so we have this long story of oligarchy,” said Cociña. “We were trying to make a film that symbolically divorced the country from that tradition, of course that sounds really delusional because it’s a short film.”

Both men used in the film were architects of the Chilean constitution, though they lived centuries apart. Active during the first half of the 19th century, Portales was a godfather of the right-wing oligarchic tradition, playing a pivotal role in shaping the authoritarian republic and the 1833 constitution. A close advisor to Chilean dictator Augusto Pinochet, Guzman played a major role in drafting the 1980 constitution, the one currently being rewritten following a series of popular protests in 2019 known as the Estallido Social.

“We thought it was funny to sort of take these corpses out of the earth,” said Cociña. The film pays homage to the work of the Russian/Polish animator Vladislav Starevich, who used wires to animate the corpses of dead beetles frame by frame at the beginning of the 20th century.

The parts morph in ways both comical and referential, as when a hand protrudes from between one man’s legs, or a gothic column replaces Costanza’s spine as in Frida Kahlo’s famous self-portrait. Though the overall effect is quite chilling, there is playfulness behind the morbid dance of body parts.

“We never see our films as horror films, but other people do. We always think more in terms of comedy,” said Cociña.

“It was very funny to think the first animated film in history as being Chilean,” added León. “The corpses that you see in the film are made with copies of our bodies, so we kind of have fun and make things that we think are funny, but in the end they are terrifying.”

“Los Huesos” features a haunting score by American composer and violinist Tim Fain, who appears in “Black Swan” and has toured with Philip Glass.

“We had this idea of having a score inspired by the music they would use in the early-20th-century films, specifically we were thinking about Chopin, we liked the Nocturnes a lot. We imagined this demonic version of Chopin, like a version from hell,” said León. [Fain] made a really great interpretation of our idea and took it beyond our imagination.”