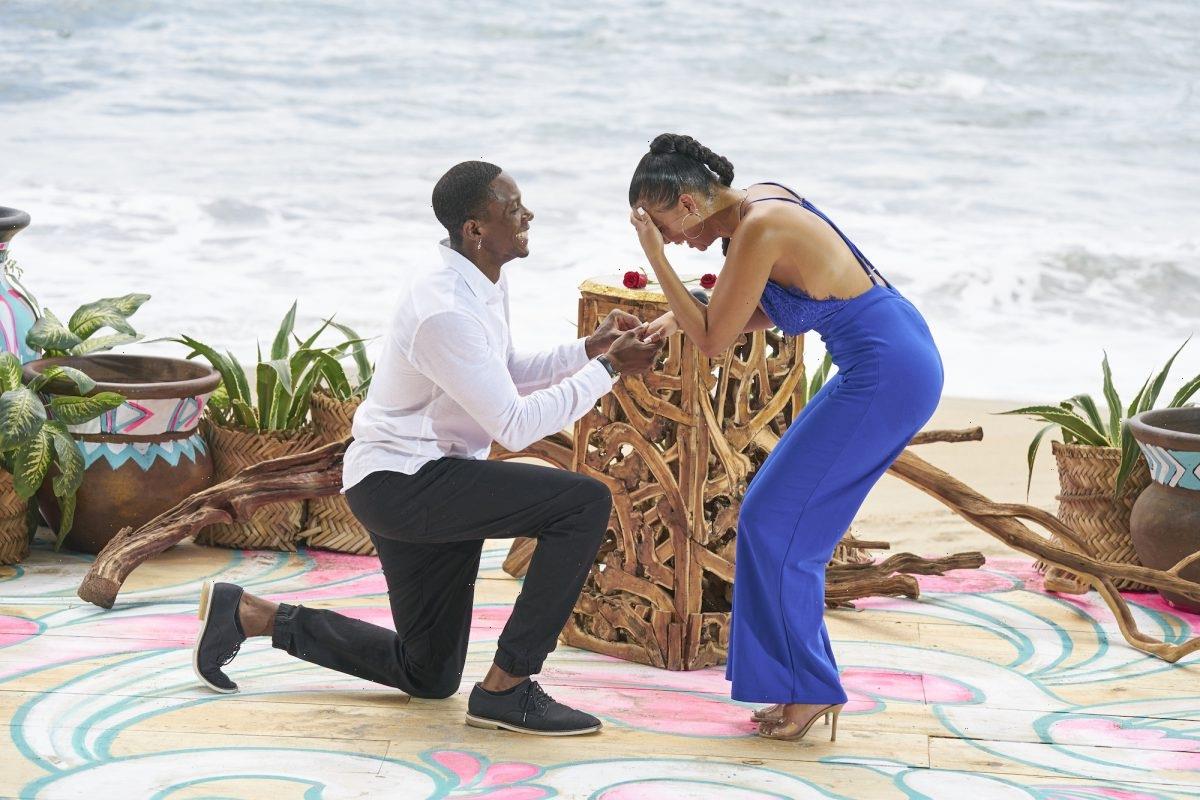 Bachelor in Paradise Season 7 ended with three engagements, and that included Maurissa Gunn and Riley Christian. Maurissa first fired up a relationship with Connor Brennan, but Connor never had a chance once Riley arrived. Now, Maurissa and Riley have taken to Instagram to update fans on their engagement.

While some couples on Bachelor in Paradise have been known to meet up before getting together on the show, Maurissa and Riley swear they didn’t know each other before Riley arrived on the island. Maurissa, who originally appeared on Peter’s season of The Bachelor, even said she knew Riley was the one right away.

In the finale, Maurissa told Riley, “I knew I loved you the first night we met.” Thankfully, he felt the same way.

Before getting down on one knee for the proposal, Riley, who originally appeared on Tayshia’s season of The Bachelorette, reminded Maurissa of all the reasons he fell in love with her. “What I’m searching for is not something I can always see. It’s the feeling of my heart beating fast; it’s the feeling of butterflies in my stomach. It’s the feeling of goosebumps on my arms, and I know that that feeling is love. See, Maurissa, I love you and I’ve loved you since our very first date, but I just need to be sure.”

Audiences might have held their breath at his dramatic pause, but to the relief of literally everyone watching, he continued, “With that said, will you marry me?”

After the Bachelor in Paradise finale aired on Oct. 5, both participants took to Instagram to share their engagement updates.

Maurissa’s Instagram post included a picture of Riley giving her a kiss with the caption, “I found my person ❤️.” Riley used the same photo but switched up the caption on his post, saying, “C on both sides like Chanel 💍”

Those aren’t the only photos of the couple on their individual Instagram profiles, though. Riley’s photos include one of Maurissa holding the lapels of his coat as he leans his forehead against hers. The weather might be chillier in Long Island than Playa Escondido, but their romance is obviously still heating up.

It doesn’t look like the couple is in any hurry to set a wedding date. Riley and Maurissa recently sat down with Bachelor Nation and talked about their experience getting to rewatch the show and what comes next for them as a couple.

Maurissa plans on moving from Atlanta to New York to be with Riley, and he’s excited for what the future holds. “The one thing we both agree on for the wedding is that as long as the love is there, we’ll be happy. As long as there’s love, family, friends, Bachelor Nation — bring them all!”

If there’s one thing Bachelor Nation loves, it’s a happy ending. We’re glad Riley and Maurissa finally got theirs.