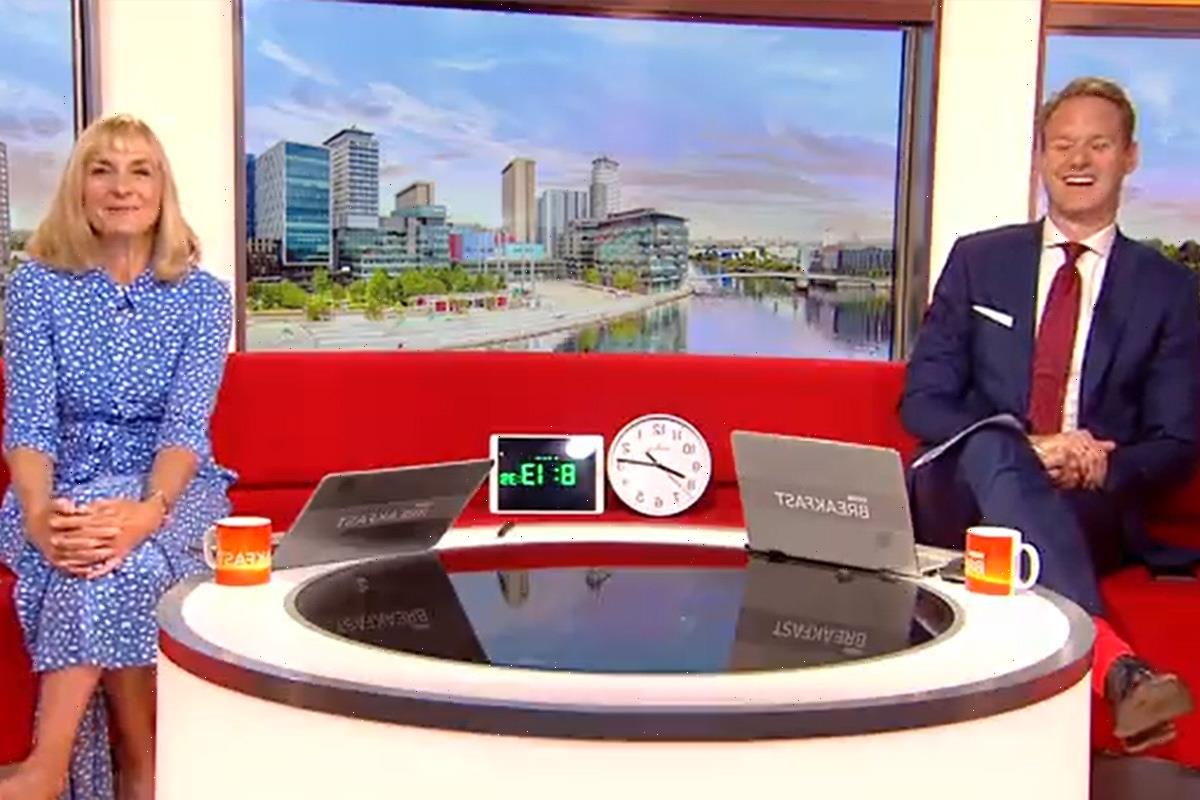 Many people who watch the early morning BBC show rely on it for the time thanks to a digital clock in the corner of the screen. 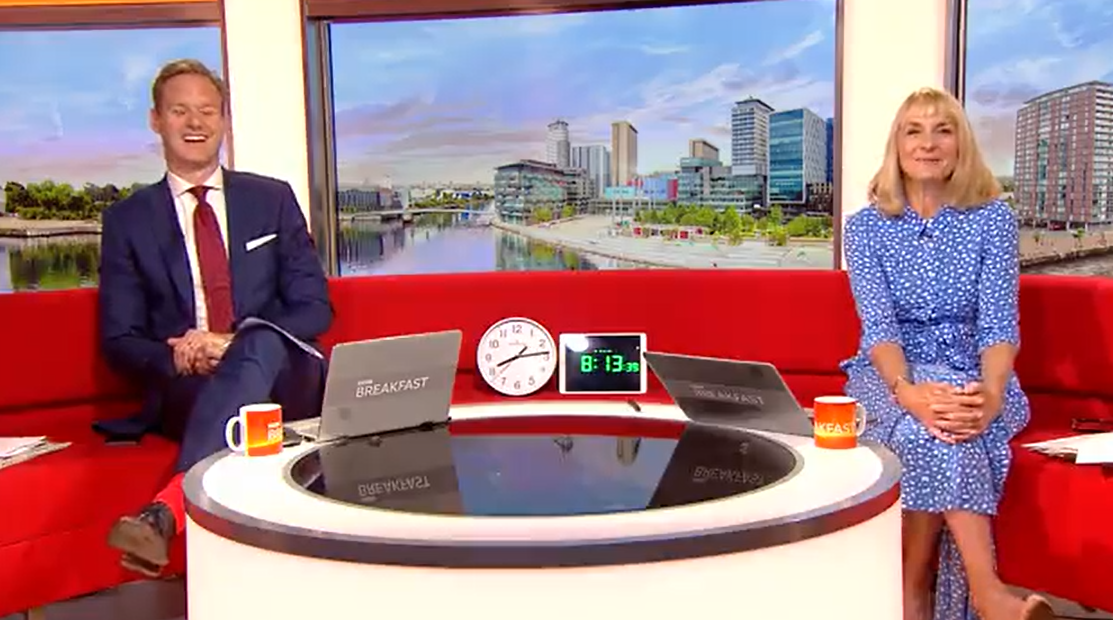 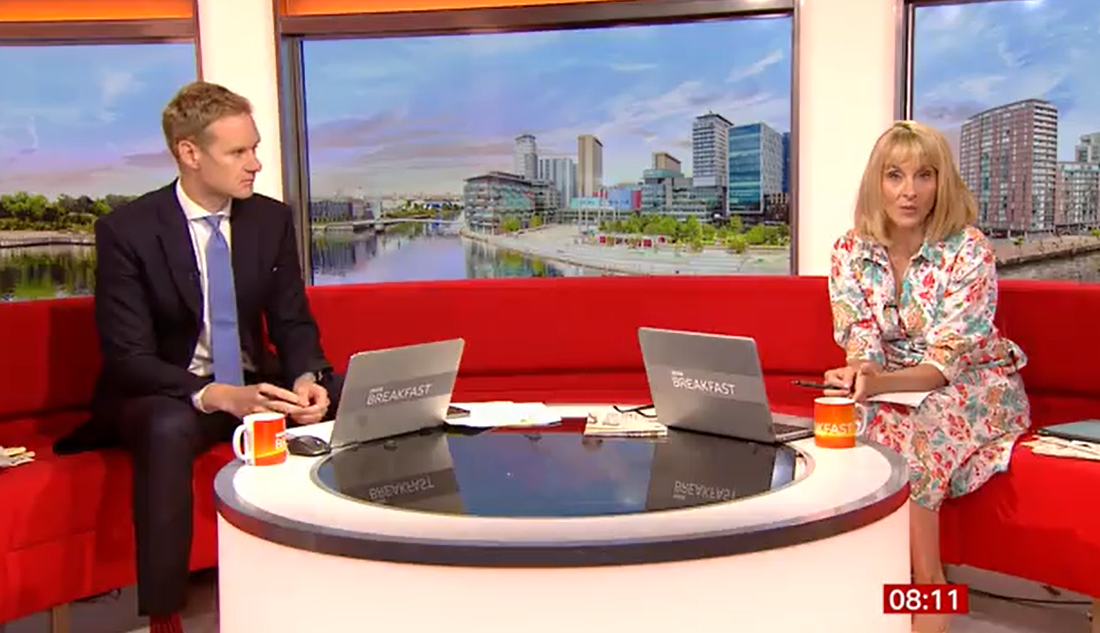 However, during Tuesday's show, the timer didn't appear and so hosts Dan Walker and Louise Minchin had to resort to other measures to help their viewers.

Dan grabbed a wall clock and placed it on the red sofa between himself and Louise who said: "Before we move on shall we tell you the time?

"We’ve now got very innovative ways of telling the time for you."

Dan added: "Our BBC Breakfast clock has disappeared, so would that help?"

But he quickly noticed a problem, saying: "The issue with this is it rolls a bit."

The round clock was then joined by a tablet with the time on so it was easier for viewers to see.

Later on Louise said: "We’re still fiddling with the clocks here. What we’d like you to do is have a vote.

"Which one would you like us to keep until the end of the show?’

Dan added: "I think the official BBC Breakfast clock is dead for today so we’ll try and get it back for you at some stage."

Things took a further turn when the wall clock was superimposed onto Louise's knee so viewers could see it better.

Messing around and putting his hand in shot over the clock, Dan said: "So if I go in there, looks weird. Aargh! Sorry, the fact we’ve lost our clock has sent us all a bit doolally today." 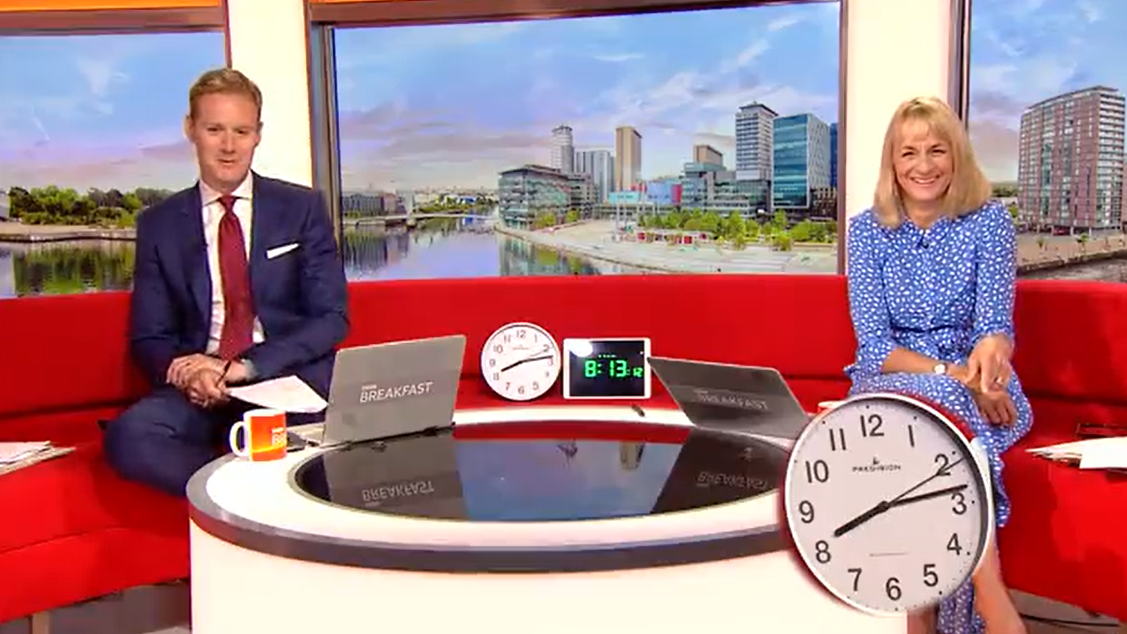 BBC Breakfast airs daily from 6am on BBC One.