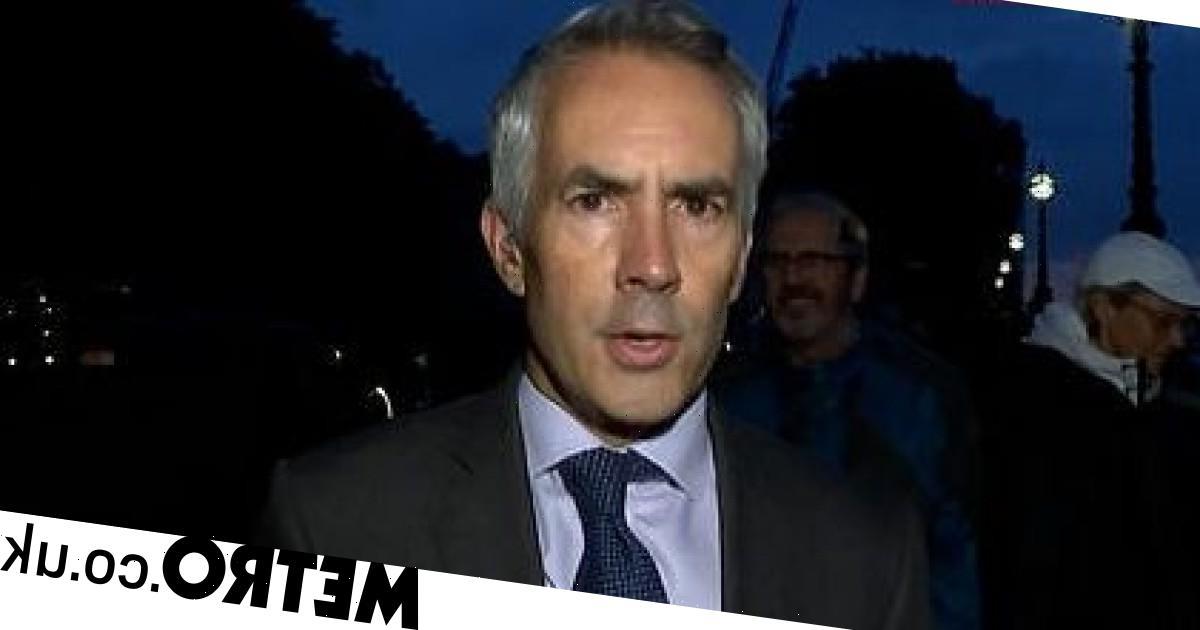 Buckingham Palace confirmed the news that the Queen had died shortly after 6.30pm on Thursday, as celebrities and politicians around the world paid tribute to the monarch.

Since then, major broadcasters have announced scheduling changes, with BBC One airing specials in tribute to the Queen.

Presenters have also been following protocol, with Huw Edwards changing into a black tie around midday on Thursday, when news about concern over the Queen’s health was announced.

When Prince Philip, the Duke of Edinburgh died in April 2021 at the age of 99, BBC reporters quickly changed into black clothes as a sign of respect.

However, presenter Tim Muffett was spotted today not wearing a black tie, leaving viewers to question what was going on.

Muffett, who was reporting from Lambeth Bridge, wore a navy tie with a grey blazer instead.

‘Tim Muffett obviously forgot his black tie today,’ one person wrote, with another replying: ‘Throughout this sad time he’s not worn black. I’ve often wondered quite why.’ 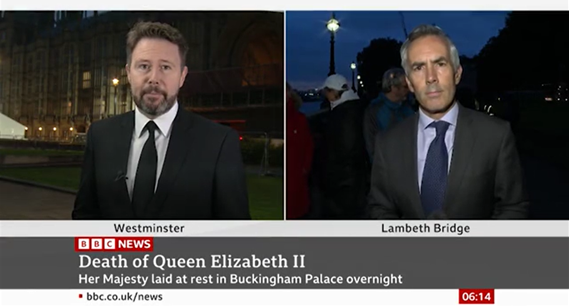 ‘@BBCBreakfast please could you tell me why Tim Muffett isn’t wearing a dark tie?’ another asked.

Later on in the morning, Muffett swapped his tie for a purple one, a colour associated with the royals, but still leaving viewers wondering about his attire.

Several people reacted to Edwards changing into a black tie on Thursday, when the Queen’s health was of concern.

Football pundit Gary Lineker Tweeted: ‘The fact @thehuwedwards is in the studio and wearing a black tie doesn’t bode well.’

‘Something hits you in your gut when you put on BBC News in the middle of the day and Huw Edwards is presenting while wearing a black suit and tie,’ one person watching the breaking news special tweeted.

However, others questioned the choice of attire, including one person who asked: ‘Is it appropriate for Huw Edwards to be wearing a black tie? She’s still with us and the doctors say comfortable.’

BBC Breakfast airs weekdays from 6am on BBC One.