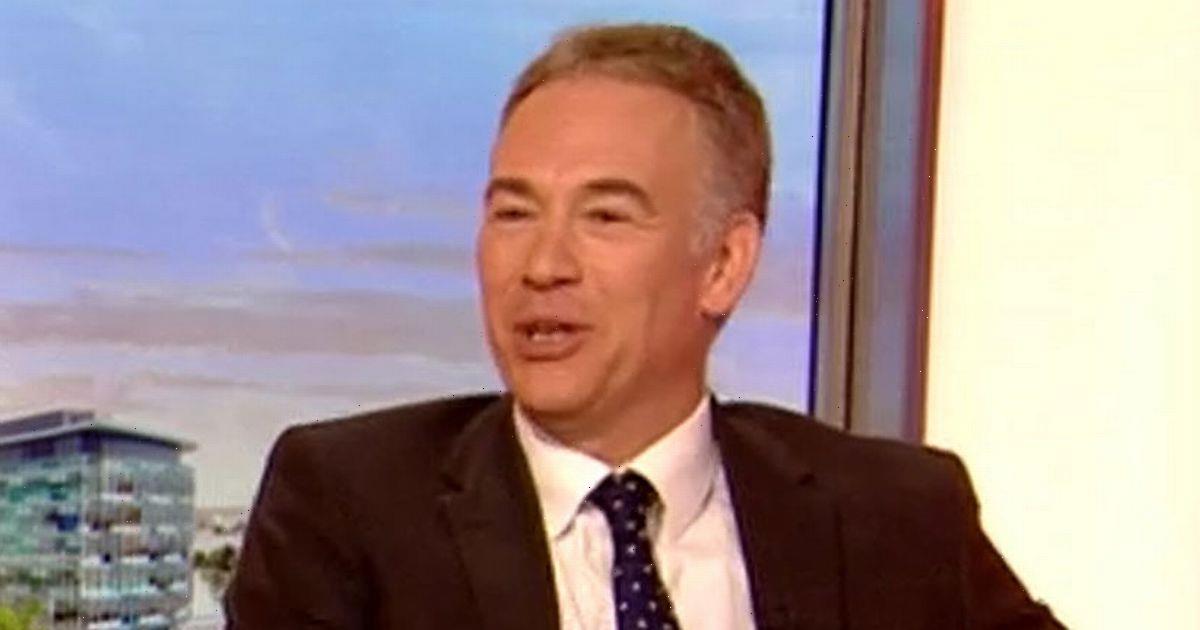 BBC Breakfast hosts Roger Johnson and Luxmy Gopal welcomed an adorable guest into the studio and couldn't handle the cuteness as they interviewed the handler.

The duo spoke to an officer from the RSPCA about the overwhelming numbers of animals they are receiving due to improper care and education about animal owning and handling.

She said that the organisation are setting up pet food banks to help people who "don't have enough money to feed themselves" and are instead spending their earnings on pet food.

The officer also noted that the animal charity are having to build bigger rabbit blocks on their sites just to house the sheer number of bunnies that are being rescued.

Throughout the interview, the officer was dressed in her RSPCA uniform – a white shirt, tie, badges and black trousers. – and was holding an unexpected visitor.

She held a newborn puppy in her hands and she sucked on the officer's thumb the whole time she spoke to Roger and Luxmy.

After she highlighted the concerns raised by the charity, the presenters gushed over the "well-behaved" animal and Roger leaned across to give her a stroke.

They couldn't stop looking at the puppy and seemed besotted by its calm temperament and tiny size.

The officer urged people to educate themselves as the RSPCA "are not about telling people off" but instead want to help pet owners across the country.

Roger thanked the officer for her advice and for bringing in the pup: "Incredibly well behaved. We've had dogs doing all sorts in here, but thank you for keeping her so well. Wish you all the best."

He then asked if the dog is looking to be re-homed and when the officer confirmed that she was, Roger responded: "As seen on TV!"

A fan on Twitter commented on the sweet exchange: "Cute little puppy."

Earlier on in the show, Roger poked fun at weather reporter Owain Wyn Evans and claimed that his co-star was wearing pyjamas.

Owain was sporting a maroon suit and the presenter couldn't help but comment, which made them all laugh as they discussed his oufit.