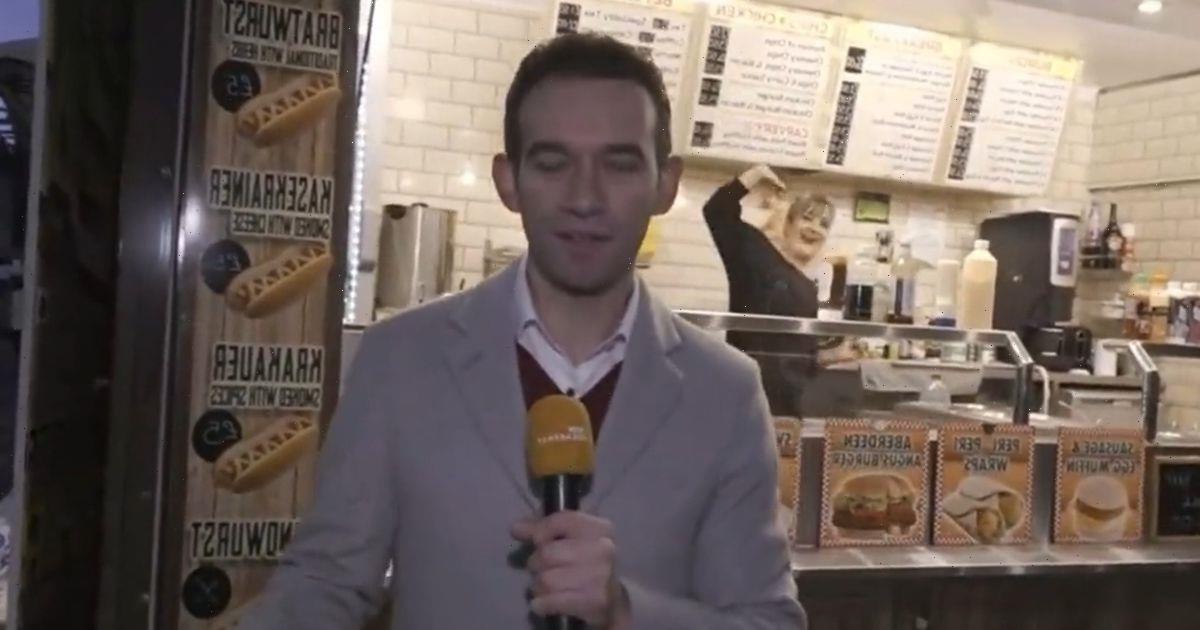 BBC Breakfast turned awkward after a reporter was snubbed live on air.

The reporter was asking about the political climate on Saturday morning (October 22) when he was rejected by a bystander.

The presenter could be seen ending his conversation with a local man before he moved on to a woman who worked in a food truck named Janet.

However, Janet then jumped out of the way of the camera and refused to talk to him – after it looked like she might have previously agreed to.

The BBC star said: "Lovely to have a chat let's speak to Janet here.

"Oh no Janet's gone shy, she's gone shy, so anyways that gives you a sense of how the people in Romford feel."

Viewers at home also had mixed feelings about the segment, with them taking to social media to share their thoughts.

One fan wrote: "I know it's my own bloody fault for watching #BBCBreakfast but the Romford voter who complains about A&E waiting times yet wants Boris back is *so* close to joining the dots…"

Another added: "Are all the people in Romford really this thick #BBCBreakfast."

A fourth shared: "This @BBCBreakfast report from Romford is maddening. Interviewing dyed in the wool Tory voters, who want Boris Johnson back as somehow representative of the wider public. “Most people in this country want him back.” No they certainly don’t and there are polls to prove it. #UKPM."

A fifth put: "These vox pops people in Romford are utterly delusional. Working class people believing that Boris Johnson is their saviour and Labour is bad. Completely unhinged. #bbcbreakfast."

This comes after BBC Breakfast host Naga Munchetty shared how she once ended up in hospital.

Naga said while holding up a newspaper: “I sympathise with this woman because this has happened to me, not to the same extent.

“Very, very rarely but sometimes it does and it can be very painful. I’ve had one lost in my eye, a woman has had 23 disposable contact lenses removed from her eye, okay?”

Naga then confirmed: “Yes! 23 disposable lenses! Can you imagine how uncomfortable that is?”

She then turned to her BBC colleague Gavin Ramjaun who looked uneasy and asked: “Gavin, are you cringing? Morning to you.”

“Yes, that’s happened to me before actually,” Gavin responded.

She then quipped: “And me! I’ve ended up in an eye hospital trying to get it out!"