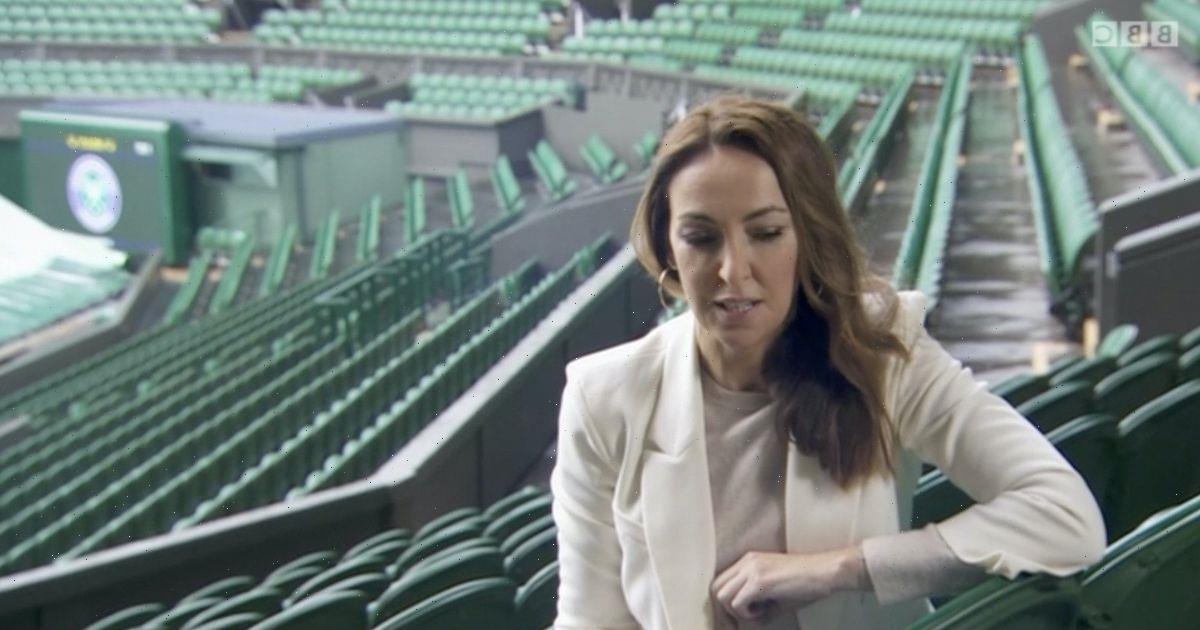 BBC Breakfast's Sally Nugent described one sporting loss as "heartbreaking" on Tuesday morning, as she sent her commiserations to tennis player Emma Raducanu.

A newcomer to the Wimbledon scene, the 18-year-old was forced to step out of the competition on Monday after suffering breathing difficulties during the match.

Originally from Canada, Emma moved to the UK at a young age, and over recent days has been billed as the next major star of British tennis.

Speaking with Dan Walker and Louise Minchin, news reporter Sally, 49, made it clear she was gutted for the talented teen, as she broadcasted live from Wimbledon.

Louise wanted to learn more about the devastating turn of events, asking: "It was quite dramatic at Wimbledon yesterday, wasn't it Sally?"

Sally looked sombre and suggested Emma was shattered after a day spent waiting to play, the scheduling of the matches getting the better of her.

She said: "It was really dramatic, and you have to look at the scheduling of Emma Rada's match here on the court last night.

"She was last on court, it was really late, she had waited all day and wonder whether that was really the best idea."

Reaching out to the skilled sportswoman, she said: "Because it was heartbreaking for her, actually. She had to retire from her last 16 match against Ajla Tomljanovićh for medical reasons."

Sally described what happened as footage from their match played, showing Emma walking away from the courts with her head down.

She said: "She seemed to be having trouble breathing when three love down in the second. Radacanu requested a medical time out, she went off court before it was then announced that she'd been forced to concede the match."

Though Emma has stepped out of the running in the 2021 Wimbledon championship, the tennis player, who is fresh from her A levels, looks set to become a major star in years to come.

Signalling the dawn of a new era in British sport, last week she became the youngest British woman to reach the last 16 since 1968.

Emma's opponent Ajla wished her the best upon her sudden departure, saying: "I'm really shocked, it's bittersweet as Emma must be really, really hurt if she came to the decision to retire.

"I know to play as a Brit at home it's unbelievable so I'm really sorry for her, I wish we could have finished it."

The Australian star added: "But it's sport, it happens – I'm really wishing her all the best."

BBC Breakfast airs on weekdays at 6am on BBC One.