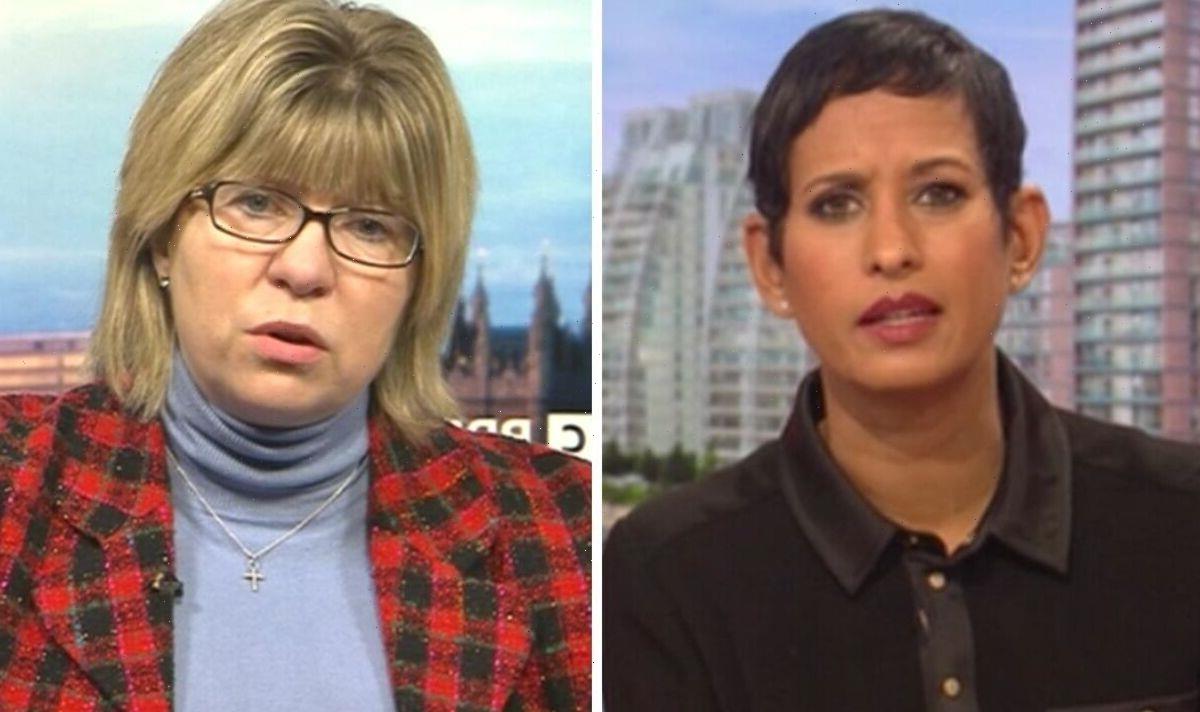 Charlie Stayt and Naga Munchetty were back on the red sofa on Thursday, bringing BBC Breakfast viewers the latest news headlines. One of the main topics of discussion was the nurse strike, which is taking place today. Munchetty also spoke with Maria Caulfield via video link where she grilled the MP over the strikes and nurse’s pay.

“Do you empathise with why your fellow nurses feel the need to strike now?” Munchetty began.

The Health Minister replied: “It is with regret that we’re seeing in England 44 of the 215 trusts going on strike today.

“Of course, we understand that the pay is an issue. That is why last year the government gave nurses a three percent pay rise and this year, accepted the new body’s recommendations of 4.8 percent for the majority of nurses and then over nine percent for those on the lowest band.

“I recognise that pay is the issue but also other working conditions such as long hours, no fixed steady leave that in the same way that doctors do.”

However, some viewers were unimpressed by Naga’s interview technique and many took to social media to share their thoughts.

Many felt the presenter kept “interrupting” the MP throughout the segment.

Michael Groves fumed: “More like interrogates, without a chance to answer before being interrupted.”

He later wrote: “@BBCBreakfast why oh why does Naga interrupt every time she asks a question, it’s sooo annoying.” (sic)

User @HappyOldMan1966 replied: “So true. Naga is a poor presenter with poor questioning techniques. Always going for sensationalism rather than a balanced interview. Maybe that’s just the BBC news?”

Ian McIntyre said: “Am I the only one watching this Interview by Naga Munchetty thinking £33k a year is a b****y good wage?

“I’ve worked in private industry in sales offices for the last 40 years and my pay is currently £28k.” (sic)

While Diane Hudson added: “Good morning, I am listening to the interview with Maria Caulfield. You have asked questions where the response is they don’t want to take from front line. Naga you have not asked her if she doesn’t think nurses are front line.”

“Naga doing her best to be obnoxious this morning trying to be deliberately argumentative,” Graeme Hunter.

Although, Phil Davis went on to praise: “Great interviewing by @TVNaga01 of @mariacaulfield who obviously didn’t believe in her government’s stance on the issue.”