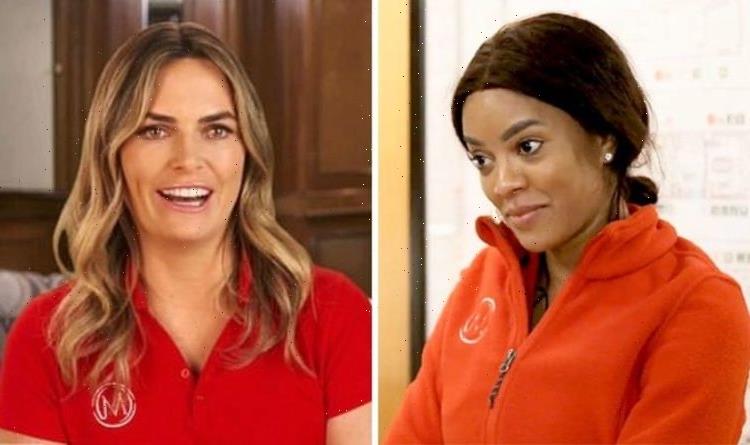 The sixth season of Below Deck Mediterranean has already become infamous thanks to Lexi Wilson’s actions during Lady Michelle’s staff party. Chief stewardess has now broken her silence on her decision not to report her behaviour to Captain Sandy Yawn as the series continues on Bravo and Peacock.

Katie Flood has opened up about fellow stew Lexi Wilson’s appalling behaviour during the latest season of Below Deck Mediterranean.

The controversial crew member has been picking fights with her team throughout the charter and caught some serious criticism after a night of drinking got out of hand.

Speaking to Showbiz CheatSheet, Flood admitted her own state prevented her from recalling the whole ordeal.

“I was actually really intoxicated myself,” she revealed in a new interview.

“And I know I came across that I really had it together. I was shocked watching it back!”

Michelle’s chief stew confirmed she was too drunk to piece together the events of the night the following morning.

Her poor memory meant she wasn’t able to recall the events of the infamous hot tub party to her boss, Captain Sandy Yawn.

Lexi Wilson therefore got off relatively light despite her poor behaviour towards the rest of the team.

Having already established herself as the charter troublemaker, she verbally lashed out at the rest of the crew as the night unfolded.

Lexi proceeded to push Mzi “Zee” Dempers into the crew mess, and even forced herself on deckhand Lloyd Spencer during an uncomfortable moment in the hot tub.

Katie recalled: “When I woke up that next morning, I think I said to Courtney [Veale] that Lexi lost her s**t last night with every single crew member.”

Although she was able to remember the crew’s clash with the stew in question, the specifics were too foggy to deliver a full report the next day.

As the chief stew failed to recollect her colleague’s exact words, she didn’t feel comfortable relaying the events of the night to Captain Sany.

“And I couldn’t tell you word for word what she had said,” she explained.

“I’m not a liar. Like I’m not going to go to Captain Sandy and say things that I wasn’t 100% sure what happened or not.

“I knew it was bad. Like I knew something bad happened. I knew she had acted completely out of line.”

This meant Lexi Wilson was able to get away with her behaviour Scot-free, although some fans are already speculating she’ll be fired at some point in the season.

Katie Flood even called her actions a ‘fireable offence’, but opted to simply de-rank the stews the next time Lexi fell out of line.

Finally, she said: “I guess all of us were quite drunk that night.

“So there’s a lot of things we didn’t really know. We just knew it was bad.”

Lexi has since confirmed she’s left the yachting industry in her recent Instagram update, so the troublesome stew could be out of the crew’s hair in due course.

Below Deck Mediterranean season 6 continues Mondays on Bravo. Episodes are available a week earlier on Peacock.