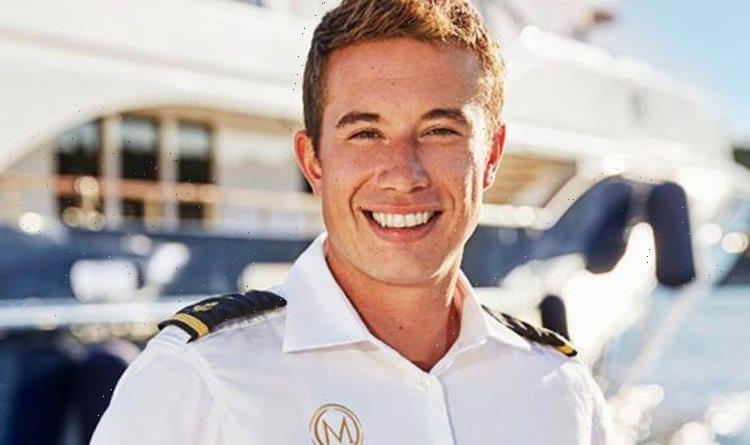 Below Deck Mediterranean has returned for another season and the crew have been entertaining guests onboard the Lady Michelle. David Pascoe is one of the deckhands entertaining charter guests this season, and he has already formed some close friendships. The star spoke exclusively to Express.co.uk about the season so far and what fans can expect.

Bravo original Below Deck Med is back for another charter year and there is more drama than ever still to come.

For the sixth season, the Lady Michelle is touring Croatia and the crew is led by Sandy Yawn for the fifth year in a row.

Mathew Shea has taken over as chef for this season, with Katie Flood, Lexi Wilson and Courtney Veale as stewardesses.

Malia White returns from season five as bosun, and the deckhands are David Pascoe, Lloyd Spencer and Mzi Dempers.

“What she has achieved in her life and as a captain on Below Deck Med is awesome.

“She’s just great at what she does and especially so far the relationship is good, she’s getting involved with the crew and it’s been amazing.”

The deckhand has spoken previously about a potential relationship with Bosun Malia White, who returned for season six.

In a conversation with Watch What Happens Live with Andy Cohen, he was asked what he thought it would take Malia to get past her feud with relationships.

He replied: “Maybe me?” with a cheeky grin and host Cohen said fans were keen to see this happen.

As for where they are now, Pascoe confirmed: “With professionalism in mind, yes we are on talking terms and everything seems to be fine.”

He was unable to give away too many details as to what fans can expect from the current season, but it is set to be one of the most dramatic yet.

Pascoe added: “All I can say is this season was interesting on so many levels and it really is just a case of watching this space, there’s lots to come.”

The series is known for its quirky charter guests and the sixth outing is no different.

The deckhand said: “With all these superyachts you are dealing with the top one per cent of people in the world.

“So it’s the mega-rich and with that comes mega personalities and mega clashes.”

He opened up about some of the surprises fans can expect to see later on in the season, admitting he may have suffered some injuries along the way.

He said: “I may have caused myself a little mischief once or twice but like anything, you throw alcohol in the mix and there’s going to be an injury.

“There’s no point living on regrets, the past is the past and it can’t be changed.”

Pascoe was born in Italy but raised in Devon in the UK, and he is a keen surfer with a love for the ocean.

He worked as a beach lifeguard before taking on a different role as a care worker at a brain injury rehabilitation unit.

After this, he made the decision to venture off into the world of yachting and has experience with huge motor yachts.

He has thoroughly enjoyed his time on board the Lady Michelle in season six and hopes to return to the water soon.

Below Deck Mediterranean airs on Bravo, Hayu, E4 and NOW via the entertainment pass.