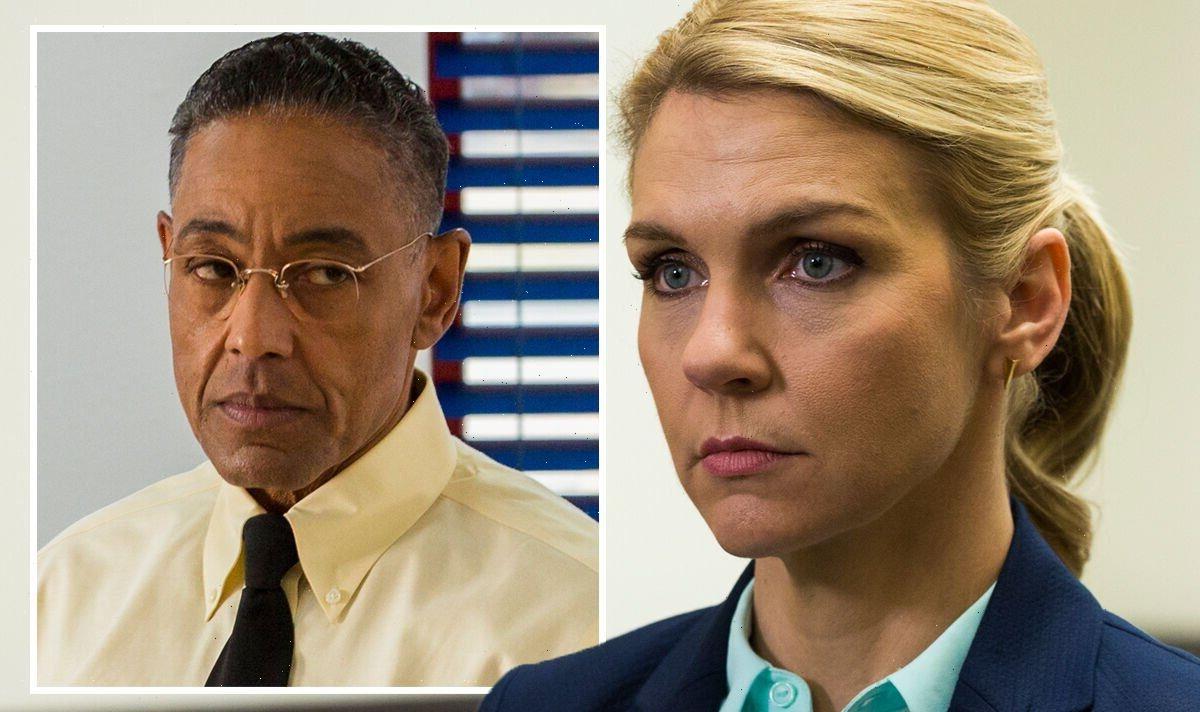 Kim Wexler (played by Rhea Seehorn) and Saul Goodman (Bob Odenkirk) are currently reeling from the brutal murder of former friend and colleague Howard Hamlin (Patrick Fabian) at the hands of Lalo Salamanca (Tony Dalton) heading into Better Call Saul’s second half of season six on AMC. The fallout remains to be seen given the likes of Gus Fring (Giancarlo Esposito) and Mike Ehrmantraut (Jonathan Banks) are hot on Lalo’s tail, but could it all end with Kim working for Gus? A new fan theory has emerged to suggest so.

To recap, Howard’s murder caught both Saul (AKA Jimmy) and Kim off-guard as both were under the impression Lalo had died following the ambush on his hacienda at the end of season five.

Only a handful of people know Lalo is still alive and his presence back in Albuquerque is setting up an almighty showdown with Gus – who fans know makes it out alive given his role in Breaking Bad.

Lalo, on the other hand, was nowhere to be seen in the Vince Gilligan-created series, leading many to theorise he dies before the introduction of Walter White (Bryan Cranston) and Jesse Pinkman (Aaron Paul).

And once Gus discovers Lalo’s whereabouts in Better Call Saul, it’s likely he – or henchman Mike – will be the one to deal the deadly blow. But where does this leave Saul and Kim?

Even if Lalo is killed off, the pair will still be in harm’s way in the form of Hector Salamanca (Mark Margolis) and the murderous Salamanca cousins (Daniel Moncada and Luis Moncada).

But fans know Saul isn’t killed off despite seemingly being a loose end and knowing too much about Gus’ business dealings.

And it’s highly unlikely Gus would kill Kim in an attempt to keep her quiet given the repercussions it would have on Saul.

Instead, Redditor and BCS fan @Simple-Spite2520 has suggested another way Kim and Saul both make it out alive – and why she isn’t seen or mentioned in Breaking Bad.

They predict: “Kim takes a job with Madrigal given her banking lawyer expertise, and goes to Germany. She doesn’t have a choice.”

Gus used Madrigal in Breaking Bad in order to distribute Walter’s meth across Europe, as well as enlist Lydia Rodarte-Quayle (Laura Fraser) on the payroll to supply industrial-sized materials to manufacture the drug.

They add: “Saul keeps on being Saul. Mike won’t let him meet Gus. He really doesn’t know who Gus is. He knows a guy who knows a guy. But he wants to get closer in because getting closer in may be the only way he can get to Kim.

‘When he meets Walter and Jesse and realises the potential of their meth, he believes if he can bring this to Mike’s boss, it might be enough to build the trust, to get a ransom, to do something to get Kim back eventually.”

However, the Redditor admits this would go wrong given Walter’s murder of Gus and his eventual downfall as Heisenberg is uncovered.

This leads the fan to say: “Saul has to become Gene. If he’s ever caught he can’t make any deal in part because he doesn’t know a lot and in part because it could endanger Kim.”

Given fans haven’t seen Gene yet in Better Call Saul season six, could the second half see him try to reconnect with Kim now his plan with Gus would have gone awry?

Seeing as Saul was made last season by a taxi driver, perhaps a life in Germany would be better suited to avoid any similar instances occurring again.

But Saul would have to somehow discover Kim was working for Madrigal in the first place, a tricky task given Gus will have forced them to split and have no contact.

And if Kim saw his face plastered all over the news along with Walter’s, maybe she’ll want nothing to do with the man she once loved.

Given the evidence and Kim’s absence in Breaking Bad, it’s certainly a theory which may come to fruition.

However, fans will have to tune in when season six returns to find out for sure.

Better Call Saul season 6 returns to AMC on July 18 on AMC and the following day on Netflix in the UK.