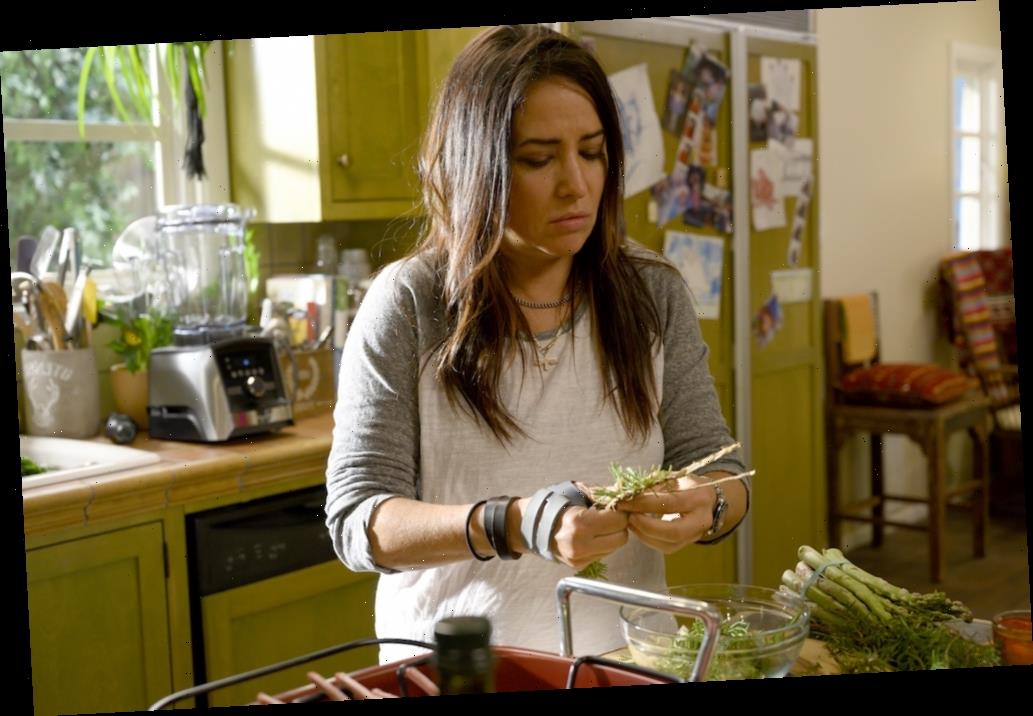 Sam Fox is the ideal television star. Played with sagacious pluck by Pamela Adlon and inspired by her life, work, and family, the eccentric “Better Things” lead is curiously hard to read. Take an early Season 4 episode, when Sam discovers an owl nesting under her bedcovers. Will she freak out? Will she shoo it away? Will she take care of it, like she takes care of so many others? Will she make it a family affair, inviting her three daughters into the conversation before naming the owl Edwin and wrapping it in a blanket?

You may think you know what Sam is going to do next, but rarely are those assumptions rewarded. “Better Things” purposefully chooses its events, eliminating the obvious developments to dwell on defining moments. Sam’s unpredictability is enticing on its own, as are her equally unexpected adventures, but the perpetual resourcefulness with which she lives her life, paired with her ability to get a quick read on strangers and share her deep empathy with those who pass the test — that’s what makes her the kind of lead writers and viewers dream about.

“Better Things” Season 4 remains a perfect television series. This should come as no surprise to anyone wowed by the breathtaking emotional journey captured in the third season — there was no hint then, that Adlon, who showruns, produces, directs, and stars in every episode, was running out of steam. If anything, she was just getting started. Season 4 continues the bold shifts in format (including a wistful black-and-white silent movie and a killer “instagran” segment), keeps up its loosely serialized plotting (matching its mesmerizing, scripted, cinéma vérité aesthetic), and tells more one-off stories as beautiful vignettes (some you’ll want to revisit immediately). But Season 4 also sets a definitive tone unlike previous seasons, in which Sam is forced to look at a future she doesn’t want to imagine and yet still finds ways to celebrate the turbulent present one thing at a time.

Los Angeles natives should immediately notice the first thematic through-line helping illustrate life’s inevitable contrasts: rain. It’s raining all the time in Season 4; the kind of rain California so desperately needs in these drought-ridden years. Sam similarly has mixed feelings about the steady drip, drip, drip. Her ceiling is leaking. Her walls are bursting. The roads are slick. This is largely why people don’t like rain, no matter where they live — it becomes a nuisance — but “Better Things” acknowledges the deeper ties to the downpours. With rain comes clouds, with clouds comes darkness, and darkness creates isolation, sorrow, and self-reflection; it’s why symbolic rain has become a cliché — it’s sad, and it’s obviously sad.

But rain is also necessary. Farmers pray for rain because rain brings rebirth. Being alone isn’t a bad thing, and Adlon’s contemplative camera, roaming Sam’s two-story home, recognizes the potential within the changing weather. Sam isn’t sad in the rain, and neither are her girls. Not always. She and her daughters — Duke (Olivia Edward), Frankie (Hannah Alligood), and Max (Mikey Madison) — let the showers wash over them, whether it’s a storm or a drizzle, choosing whether to appreciate its fleeting nature or fight forward with their own wants. Rain doesn’t mean one thing in “Better Things,” it means everything, and the patience shown in capturing those shifting emotional tides creates a powerful mood for the first six episodes. 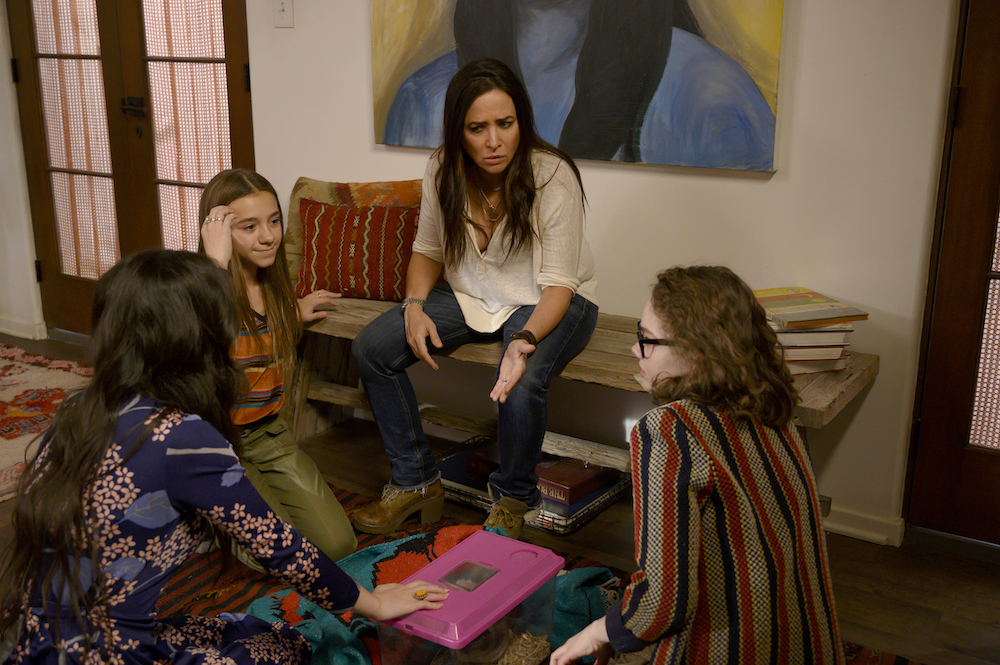 As Max threatens to move out of her mother’s house and Frankie starts seeing older men, Sam has to consider what’s next, and she wrestles with it in aptly taxing fits and starts. She gets suckered into trying a dating app, but won’t look up any of her suitors. She toys with life in another city during a destination wedding in New Orleans, and dives headfirst into local customs with enviable verve. She buys a new car that’s only got room for two. Each choice, or the exploration of her options, is done slowly, over time, with just a few episodes bottling up the entirely of Sam’s internal debates. It’s a uniquely realistic depiction, given life sometimes requires acting fast, while other times you can sit on the precipice of a decision for years.

In this relatable presentation, as well as the natural dialogue and grounded performances, “Better Things” creates a powerful personal connection with its audience. Sam may be unpredictable, but she’s not obtuse. She’s a hard-worker, a respectful co-worker, a natural leader, a real-world empath, and a thoughtful mother — when a random “fan” approaches her at a restaurant, drunkenly bragging that he masturbated to her before, there’s no doubt that Sam will push that toxicity as far from her as possible. Like her brunch guest, you want to get up and slug the guy in the face, but as a viewer, you get to sit and watch exactly how Sam will get this douchebag to back off. In this way and so many more, she’s a leader. Adlon’s choice to include the aforementioned moment isn’t a gratuitous ploy for pity, but a recognition of what it’s like for her to be out in the world, and what it’s like for so many women.

All of this is delivered in such a natural way that it’s even more astounding to see Adlon put her artistic stamp on scenes; to draw attention to her camera, use forceful cuts, or fit in scenes that don’t match the more observational scenes of her series. New paintings adorn the stairs of the Fox family home, seen in plenty of early framings but magnified in a striking profile shot of Sam during a contemplative instant. The reeling shot that precedes it captures Sam’s shock, but the jarring interjection of her still face looking out past these colorful portraits is informative to the character and aesthetically gorgeous. Later episodes feature jovial dance sequences, casually shot web videos, and more of Adlon’s fascinating artistic exploration. It’s like she’s chasing a feeling only she can define, and there are endless ways to explore it.

Yet Sam Fox remains the ever-reliable fixture. Following her journey is more than enough reason to watch, but “Better Things” has become an event all its own. Plenty of shows hold your attention well enough to keep you hooked. Less leave you thinking about them long after they’re over. Fewer still invite you to feel like you’re a part of the story, week in and week out. Adlon’s series lets you live inside it during each episode, and then invites you to carry its lessons, messages, and lifestyle out into the real world. Watching these episodes is an experience, and while Sam Fox stands tall as one of television’s best characters, Adlon has created a vehicle around her lead unlike anything else you’ll see.

“Better Things” Season 4 premieres its first two episodes Thursday, March 5 at 10 p.m. on FX. New episodes will be available the next day via FX on Hulu.