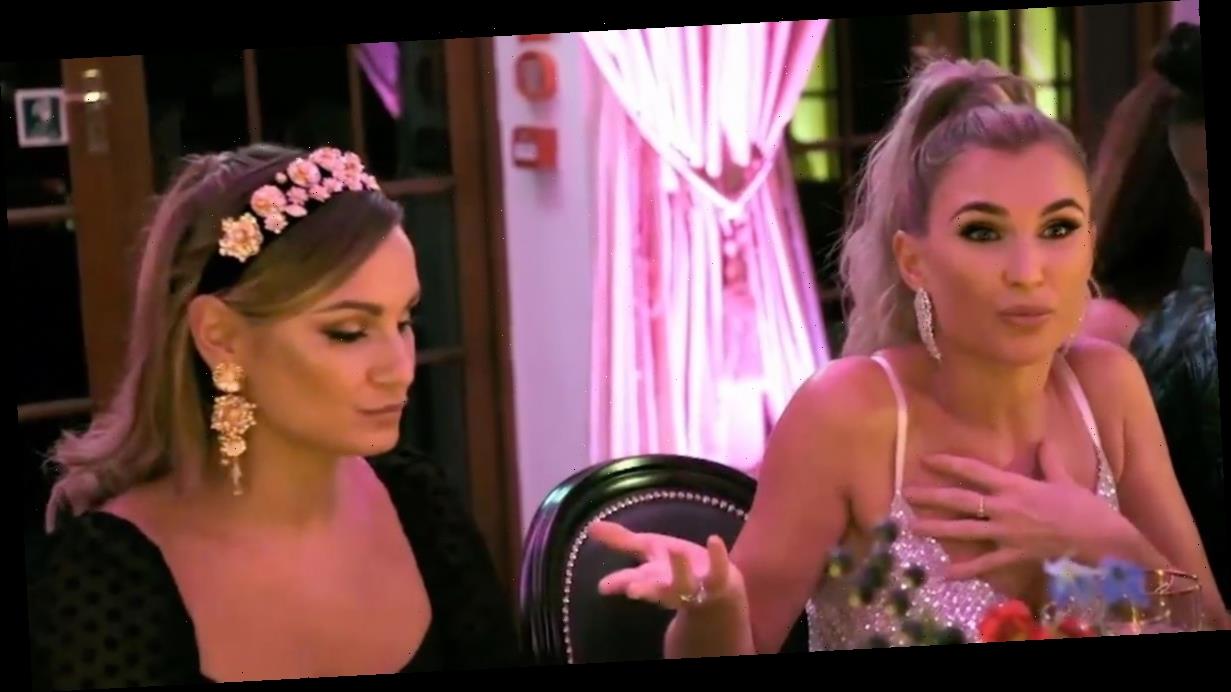 Luisa Zissman has told sisters Billie and Sam Faiers that they should stop having children because it will "ruin their lives".

In the awkward exchange, which will air in this week’s episode of the Mummy Diaries, best pal Luisa, 32, probes the girls on their future baby plans.

“Two kids each, what are your thoughts on a third?” the Apprentice runner-up says in the clip.

Billie and Sam both appear adamant that they want to have more children, but Luisa has some strong words of advice.

"It ruins your life. You don't want another one!'" she said over a fancy dinner with the TOWIE sisters' mum Suzanne Wells.

“Right, let me tell you… You have three: You're outnumbered, you s**t yourself,” she continues, despite the girls not being too convinced by her scaremongering.

As Luisa – who also has three kids of her own – appeared to push the duo on the topic, both Billie and Sam firmly shrugged off her suggestions.

Billie, who is mum to Nelly, five, and Arthur, two, with her husband Greg Shepherd, gushed about her kids but Luisa remained blunt in the discussion.

“Don’t you think with kids as well you go through different phases of having a favourite?” Luisa uttered at one point, before urging the girls to “get out more,” and reducing the table to a tense silence.

There were several other surprising moments during their family dinner, that are bound to have fans stunned when the episode airs on ITV tonight (March 4).

Based on the teaser, it looks like Sam has decided to up roots and leave Essex with her family, despite pleas from sister Billie to stay.

Sam, who shares kids Paul, four and Rosie, two, with her long-term partner Paul Knightley, appears adamant on whisking her family out of Essex for good and during the dinner vows that no-one can make her stay.

The reality star, who found fame through TOWIE, appears to have set her sights on moving to Surrey.

*The new series of Sam and Billie: The Mummy Diaries continues on Wednesday at 9pm on ITVBe