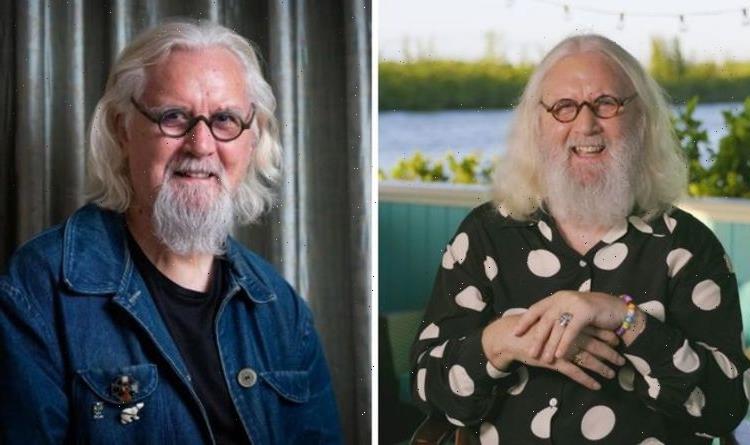 The Scottish actor who is well known for his unfiltered sense of humour as a stand-up comedian was diagnosed with Parkinson’s disease in 2013. The retired comic, Billy Connolly gave fans an insight into his life and detailed some of the struggles he faces every day.

Billy Connelly has remained a worldwide icon and national treasure for his hilariously improvised observational comedy.

As a result, he is regarded as one of the best and most influential stand-up comedians of all time.

Unfortunately, he was forced to take a step back from the shows after being diagnosed with Parkinson’s disease in 2013 at 71-years-old.

This disease is a neurodegenerative disorder which progressively affects the body’s movement and can result in uncontrollable tremors.

In an interview with ABC, the comedian revealed how his life has changed since the diagnosis.

While he is retired and now living in Florida with his wife Pamela Stephenson, Billy shared he didn’t dwell on his illness and instead chose to remain optimistic.

He did however admit there were challenges and stated: “It goes up and down.”

“It has its moments and it’s just weird. Like, I am in a worse state than I realise sometimes,” he added.

Billy explained how some mornings he also struggled with putting clothes on, and how his wife has to help: “underpants are just ridiculous.”

He added: “She brings me breakfast every morning, it’s a joyous life.”

Despite the setbacks Parkinson’s disease can bring, Billy didn’t allow his illness to define the course of his life: “I try not to think about it,” he says.

“I walk funny, I walk like a drunk man, and I see people staring at me sometimes and that reminds me that I’ve got it.”

Although he doesn’t enjoy discussing it at help groups with others living with the disease, he hopes to inspire people in other ways.

“I get invited to places to meet people who have got it and talk about it, but I can’t imagine anything worse than sitting around talking about it,” Billy stated.

While accepting his Lifetime Achievement award at Edinburgh Film Festival, the comedian disclosed more about the medical side of his illness and claimed it was “getting worse.”

He shared: “The challenges lately have been medical, they’re getting worse. You’ll notice I’ve been holding my left hand – it’s starting to jump around. I have to weigh it up and see how bad it gets.”

However, in true Billy Connolly form, when he was first diagnosed he made the audience laugh as he joked: “I’ve got Parkinson’s disease. I wish he’d f***ing kept it.”

Despite initially making light of the illness, he later confirmed he would never do another comedy show.
During his ITV documentary titled, Billy Connelly: It’s Been a Pleasure, Billy got candid and shared: “It’s got me and it will get me and it will end me but that’s OK with me.”

The neurological side of Parkinson’s disease meant he would no longer be able to remember his stories properly.

Thankfully, Billy is now working with his wife to put his stories all in one place in an upcoming autobiography.