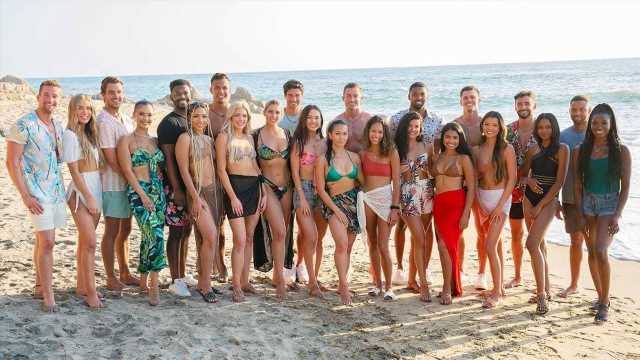 The long wait for Bachelor in Paradise‘s seventh season will be well worth it. ET’s Denny Direct spoke to BIP cast members at the show’s premiere in Santa Monica, California, on Thursday, and they promised that the excitement begins the second they make their way onto the beach.

The most dramatic entrance award may go to Kenny Braasch, who opted to arrive to the beach naked.

“I was just trying to make an impression on everybody and it happens,” Kenny, who appeared on Clare Crawley and Tayshia Adams’ season of The Bachelorette, said, before revealing how his journey only got more dramatic from there.

“I laugh, cry, dare I say some sex happens. It’s got everything you want,” he teased. “… It was Paradise, so I was paradising.”

Self-titled Queen Victoria Larson ditched the royal moniker for BIP, and decided to come in as a goddess instead. That choice, Matt James’ ex said, made for an “iconic” entrance. Connor Brennan, who dressed up as a cat for his introduction to Katie Thurston, admitted that his arrival wasn’t “quite as iconic as Queen Goddess Victoria.”

“No catsuit for me this time around… It was too hot, too sandy on the beach,” Connor explained, before admitting that showing up in shorts and sandals “felt great” because he “wasn’t sweating as much, which was nice.”

Connor isn’t the only member of the most recent season of The Bachelorette to head to Paradise. He was joined by Aaron Clancy and Tre Cooper, among others, on the beach.

“It was nuts,” Tre admitted of going right from The Bachelorette to BIP. “We didn’t really have too much time to sit there and decompress from one thing before we were onto the next, but it was exciting, man.”

“It was chaotic, a little bit mind-numbing because it was back-to-back,” Aaron agreed. “The filming was a lot… It’s fun, but it’s a lot of work. We are on day end and day out. It was a great time… It’s going to be very entertaining for everyone to watch.”

Thomas Jacobs is likewise set to appear in Mexico, and previews have teased that the drama that began between him and Aaron on Katie’s season will only continue into Paradise.

“On a scale of  one to 10 I’m going to say 11,” Aaron said of the drama between himself and Thomas. Tre agreed with Aaron’s assessment, but noted that, overall, the season had “more good than bad.”

“Every episode is gonna be chock full [of drama]… [but] we weren’t trying to have any crazy bad moments,” Tre told ET. “Grown men had to have some tough conversations, some tense moments. [Aaron’s] not a guy that’s gonna let himself be disrespected — I’m not either — so you guys are gonna see that play out.”

The drama between Aaron and Thomas is just one of several “intense” storylines that will unfold over the course of the season, Kenny said.

“It was wild,” he admitted. “I need to watch because so much stuff happened but I don’t even know about… I think this is going to be way more over the top than the other ones. I mean, there are just way more people. There are way more storylines going on.”

“We are still trying to process it ourselves at this point,” Jessenia Cruz, of Matt’s season, said. “… You are  going to see… connections folding and unfolding, and things are gonna unravel, really, so there is going to be a lot of mayhem, that is for sure… You guys are in for quite the ride, so two years is actually worth the wait.”

Part of that ride will include an apparent evacuation of the island, which has been teased in previews for the season.

“We were all literally like, ‘Oh my gosh.’ We didn’t know what happened, of course,” Natasha Parker, Peter Weber’s ex, said. “You guys will find out. We were shocked like everybody else, really. We thought the worst.”

“The world is ending, basically,” Peter’s other castoff, Tammy Ly, chimed in.

“We don’t have our phones… so we had no idea what was happening in the world,” Natasha noted. “… We had no idea. It was very, very scary. Very scary.”

As for the rest of Natasha’s journey, she classified her time on the beach as “sad girl summer.”

“It was very intense for me… It got real serious for me, so expect to see some tears, but also some fun times, too,” she said. “There were definitely some fun times. My girls were there. It was a lot of fun… It was an emotional rollercoaster… I learned so much and that’s invaluable, right?”

Tammy, meanwhile, admitted that she’s “in trouble a lot” during the course of the season.

“Maybe I did create it I don’t know, but I think I just like to have fun, I’m very lighthearted, but trouble is fun sometimes, you know?” she said, adding that she left the show “very happy, even though it may not seem like it.”

The cast largely agreed that the show was a positive experience, even if they didn’t find their future spouse.

“It was really exciting for me. I feel like we’ve all bonded,” Victoria said, with Connor agreeing that, even amid his tears, “one of the most amazing things was meeting all these new friends, and getting to know people and make some connections.”

Tre was, too, telling ET that he “brought passion to the beach,” before playing coy about his current relationship status.

“I brought passion, I brought fire, I brought desire. Fire and desire was my mantra,” he said. “You’re gonna have to tune in to see [if I get engaged]. I’ve got the hands in the pockets for a reason.”