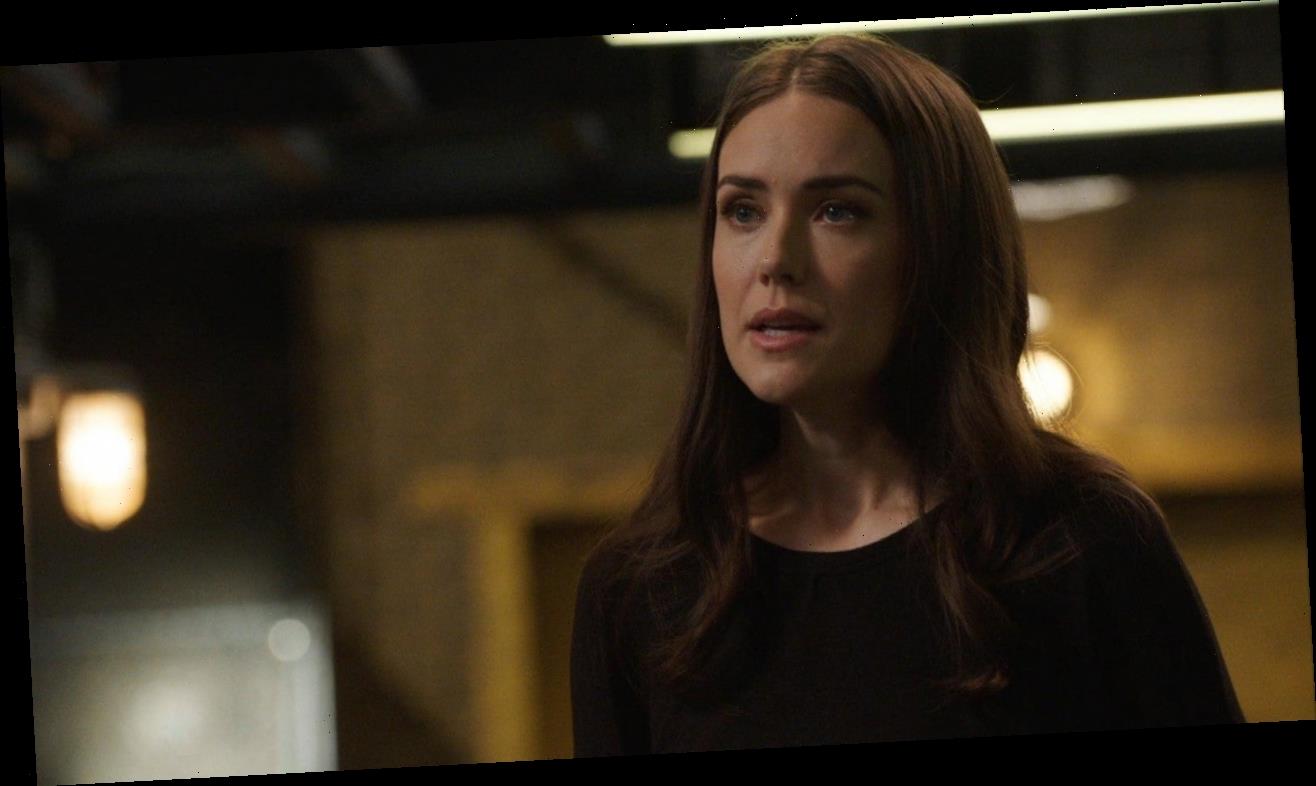 With Elizabeth Keen choosing loyalty to her biological mother Katarina Rostova instead of Raymond Reddington, The Blacklist hits the ground running in Friday’s season 8 premiere, picking up moments after the partially animated finale. With mother and daughter teaming up to form an unlikely alliance, Reddington faces his biggest enemy yet: Liz. And this time, he may be out of moves.

“The show has always been so much about identity. Who people are presenting themselves to be, who they are, how they’re changing and how that identity fits into the landscape of the show and the different characters. If anything, this season, because of Katarina and Liz and their quest, it’s ultimately about truth,” creator Jon Bokenkamp tells ET. “It’s about answers and getting to the kinds of big, meaty reveals that we haven’t really ever been able to do before. If there’s an overarching theme, it’s truth.”

Whatever plans Liz and Katarina have secretly concocted, know that big cracks are forming between Liz, Reddington and the Task Force. As seen in ET’s exclusive clip from the premiere episode, when Liz breaks the news that the neighbor she befriended is actually her mom, her friends and colleagues are stunned. And understandably so. Fielding questions about her allegiance to the team, Liz fibs and assures them all she’s still 100 percent on their side.

“Is she to be trusted? That’s a good question,” executive producer John Eisendrath tells ET of where Liz stands. “She’s committed to finding out the answers she’s always been wanting. So that commitment, in her mind, she’ll do whatever it takes to get the answers. So can she be trusted? I think she probably would mislead people, even people close to her to get what she’s looking for. At this point, there’s very little that she wouldn’t do even to people she cares a great deal about in order to find the answer she’s looking for.”

The Blacklist was unable to finish its final three episodes last season, so when it came time to arc out season 8, there were some major puzzle pieces to fit into the overall plan. (The death of Brian Dennehy, who played Dom, earlier this year prompted The Blacklist producers to bring in Ron Raines to fill the role.)

“We took time to go back and re-examine those and look at those scripts and rework them. But they are now the launching point of season 8, which I think is really unique that we’re starting with so much ammunition,” Bokenkamp says. “Usually we’ll try something fun at the top or try to reset things and reorient the audience or find a new big bad.”

“In this season, it’s so unusual because we’re starting with all the great stuff that we were going to end last season with,” he adds. “So we just dive right into a really accelerated, urgent, direct pickup of where we left things off. It gives us a lot of juice as we launch the season in a way that we’ve never really been able to before.”

As for what lessons the producers took away from the ambitious makeshift finale and how it has fueled the new season, Bokenkamp credited the cast and crew, as well as the various departments, for the collaborative efforts that made the episode come together. That mindset, they say, shines through in season 8 amid new COVID-19 safety protocols and guidelines.

“You know as much as we do what a collaboration it was. I feel that way about every episode of the show, it’s sort of been a group effort — to fill the scripts, to production, to post, to music — all the different aspects of it,” Bokenkamp says. “It was really kind of wild to see it come together in a different way and see everyone pool resources specifically in post, but also with the actors. It’s ‘the show must go on,’ that sort of mantra. It was really neat to see that manifest in such a dark and unusual way. But it was neat to see everyone pull together to try to pull off something unique.”