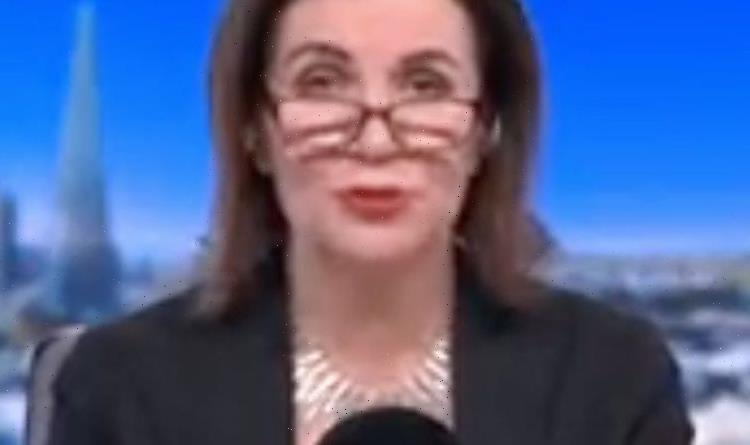 Climate change taxes on the poor is 'immoral' says host

Julia Hartley-Brewer has slammed the cost needed to reach net-zero, saying “asking rich British taxpayers to pay will not go down well, and asking the world’s poor to pay for it is immoral”. Ms Hartley-Brewer suggested Boris Johnson is set for a “rude awakening” as his Government seeks to deliver on its green agenda. It came as countries are meeting in Glasgow for COP26, aiming to agree measures to keep global temperature increases below 1.5C.

The talkRadio host said: “The cost of moving to net zero is a huge, huge cost, and asking the rich taxpayers of Britain to pay for it, frankly, I think isn’t going to go down well.

“Politicians really are going to get a little bit of a rude awakening in a few years’ time when you do that.

“And that’s why the 100 billion that’s supposed to be available every year..”

The host interjected to point out “100 billion is a small change down the back of the sofa. It doesn’t change anything.”

Ms Gill continued: “Of course it is, Julia.

“Here we are at 26. Developing countries thinking that that money is going to be made available.

“Of course, we know it’s going to cost huge amounts, but there is an opportunity in terms of making those transitions to your economy.”

She went on: “I heard former President Obama talk about 3 million jobs in cleaner industry.

“That’s more than all the jobs in the coal industry.

“Labour will invest 28 billion every single year until 2030 to transition our economy.

“There’s an opportunity here, good jobs, we want to see the same jobs in the Global South. Good unionised jobs.

“But of course, if you don’t have the money, I’m sorry, I’m going to have to push back on the aid if you do cut the aid budget to climate-vulnerable countries, how they’re going to go around asking other countries to step up.”

Climate finance is provided by developed countries to developing countries to support their efforts to address climate change and its impacts.