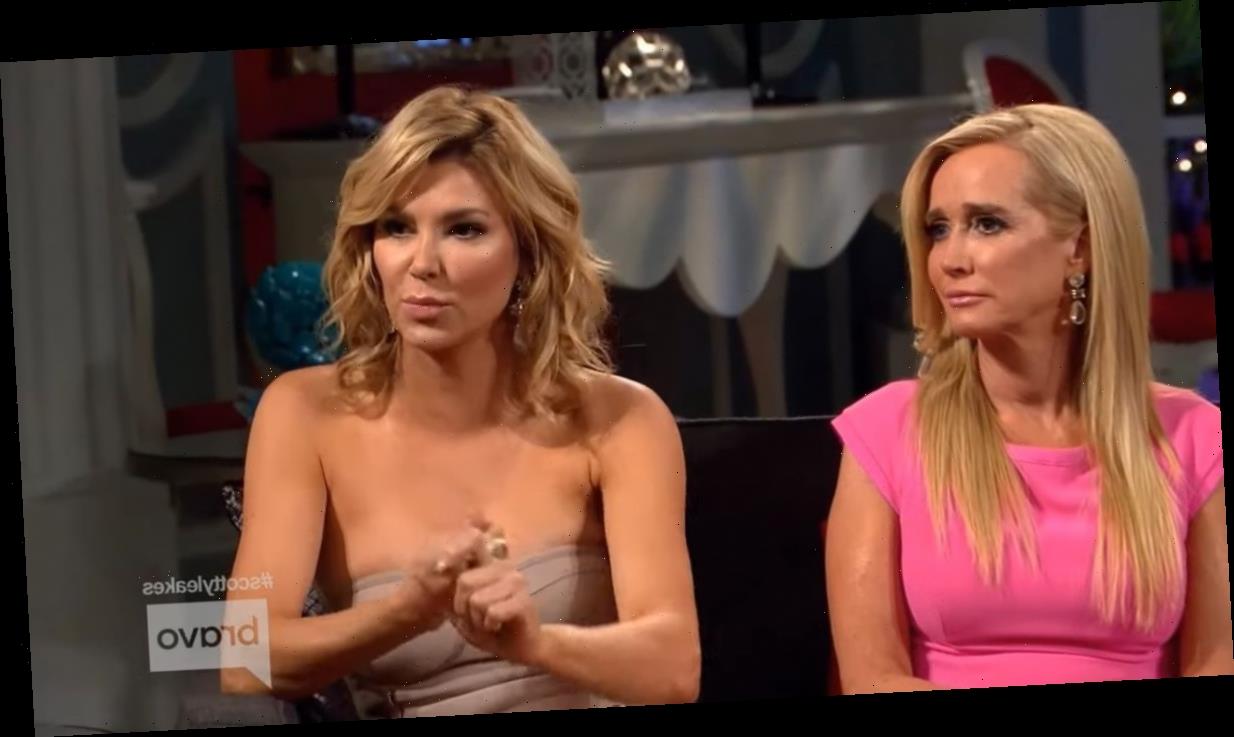 It seems we’re finally getting to the Brandi Glanville hook up rumors from Season 10 of The Real Housewives of Beverly Hills.

And no, we’re not referring to Brandi and Denise Richards, we’re talking about Brandi and Kim Richards!

However, let’s start from the beginning.

Last season, Brandi made an explosive allegation about having an affair with actress Denise Richards.

During their cast trip to Rome, newly fired Housewive Teddi Mellencamp dropped the bomb on the Wild Things actress about Brandi’s hookup claims.

As the cast members tried to get the bottom of the rumor, Denise vehemently denied it.

At one point, while defending herself against the allegations, she told the women that Brandi has also claimed to have hooked up with someone else in the group.

Since Kyle Richards and Lisa Rinna were the only RHOBH alums who really knew the controversial podcaster, all eyes turned to them.

However, the OGs flatly denied any hookup, even accusing Denise of making the whole thing up– after she refused to name the person in question.

Well, now a source is alleging that Kim Richards is the person who hooked up with Brandi.

Did Kim Richards and Brandi Glanville hook up?

During a chat on his #NoFilter podcast, Zach Peter dished some tea.

“I can now confirm through sources and a source close to Brandi that it was actually none other than Kim Richards that Denise is referring to,” Zach shared.

When trying to defend herself last season Denise Richards countered that Brandi has also claimed to have hooked up with another cast member.

But no matter how much the women tried to get her to confess to who it was, the blond beauty remained mum.

And she still didn’t share the name of the person during the intense RHOBH reunion.

Zach however is explaining why the 49-year-old refused to spill the beans on camera saying, “Because Kim wasn’t there to defend herself.”

He continued, “It just would have looked really bad had she exposed Kim on the show.”

The Real Housewives of Beverly Hills is currently on hiatus on Bravo.