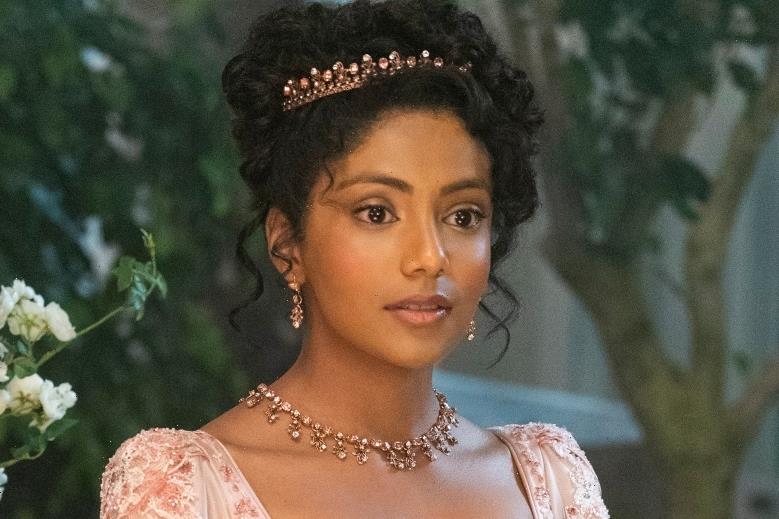 Charithra Chandran joined “Bridgerton” Season 2 as an eligible bachelorette who caught the eye of Anthony Bridgerton (Jonathan Bailey). Throw in a love triangle with her onscreen sister played by Simone Ashley, and the Netflix series reveled in its signature steamy Regency-era drama.

Yet for Chandran in real life, her rise to fame thanks to the record-breaking series marked a different personal milestone off-camera.

“Coming to L.A., it was a profound moment because I spent my life avoiding the sun,” Chandran told Variety. “I spent my whole life going outside with a hat on or being fully covered up so I didn’t tan. This is the first time in my life that I walked out and I was like, ‘I can feel it. I can tan.’ And I can feel beautiful.”

Chandran continued, “When you’re young and you’re an immigrant all you want to do is assimilate. All you want to do is fit in. And for me, that meant rejecting everything that made me special, everything about my culture. I’m getting so emotional but what makes me so happy is seeing young girls embracing their culture and seeing them wearing Indian jewelry and wearing bhindis and being so proud of who they are because that wasn’t my reality.”

The British Indian actress added, “We’re in this position, and maybe people look up to us, I don’t know. But I am on this journey with all those young women, and it’s a daily struggle for me. I hope it’s not for them, but I can only assume that it is.”

“To be honest I never worked with another Tamil actress before,” Ashley explained. “We were about to have a rehearsal together and she came in. I was trying to be very professional but I wanted to pull her aside and be like, ‘We have so much to talk about.’”

Ashley confirmed that both she and Chandran will be returning for “Bridgerton” Season 3, continuing their entangled love stories. The third season will center on the budding romance between Penelope Featherington (Nicola Coughlan) and Colin Bridgerton (Luke Newton), despite their “will they, won’t they” romance taking place in Book Four based on Julia Quinn’s period novels.