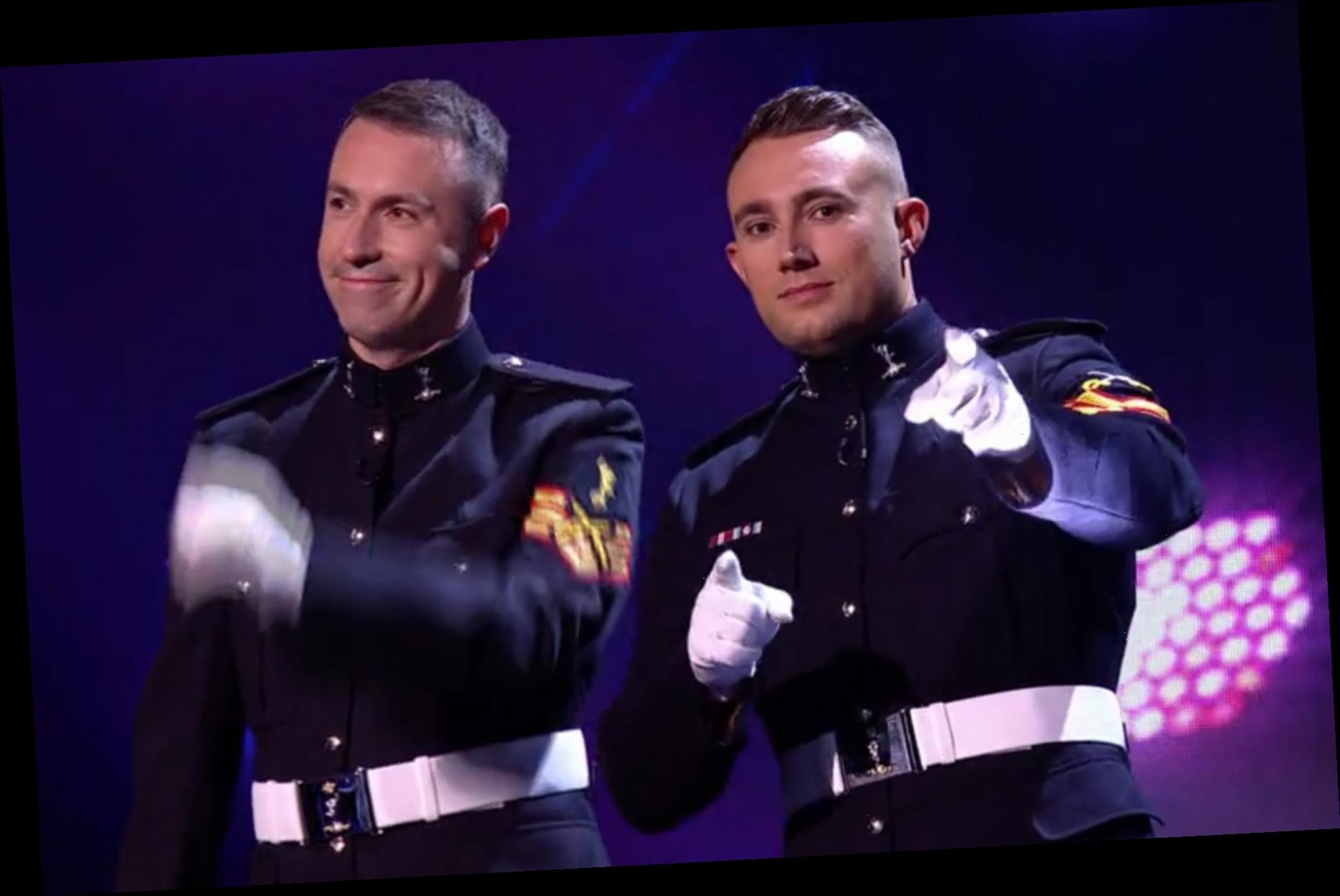 The two singing soldiers from Sheffield left viewers giggling with the hilarious gaffe as they spoke to presenters Ant and Dec. 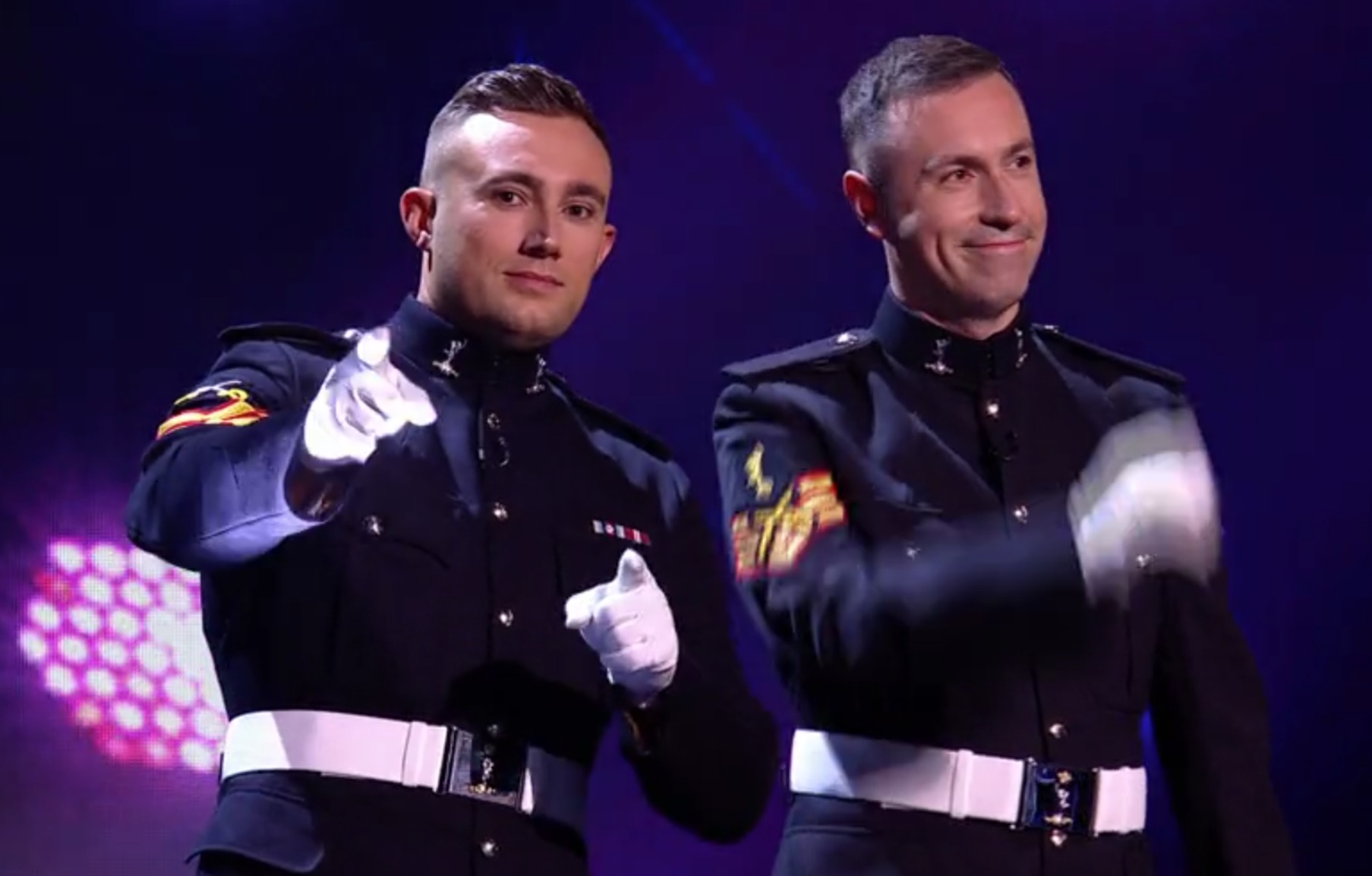 The act includes 41-year-old Sergeant Vince Fountain and 31-year-old Corporal Lee Day, who were clearly nervous when they took to the BGT stage tonight.

Declan Donnelly introduced the friends, saying: "Tonight we start with two hunky fellas who had a very shaky start to the auditions."

Ant McPartlin chipped in: "Yep, they can't quite believe they've made it to the semi-finals and they're desperately hoping that if tonight goes well, they'll be back here next week."

His partner in crime wrapped it up and said: "That's enough about us two, the first act tonight is Soldiers of Swing." 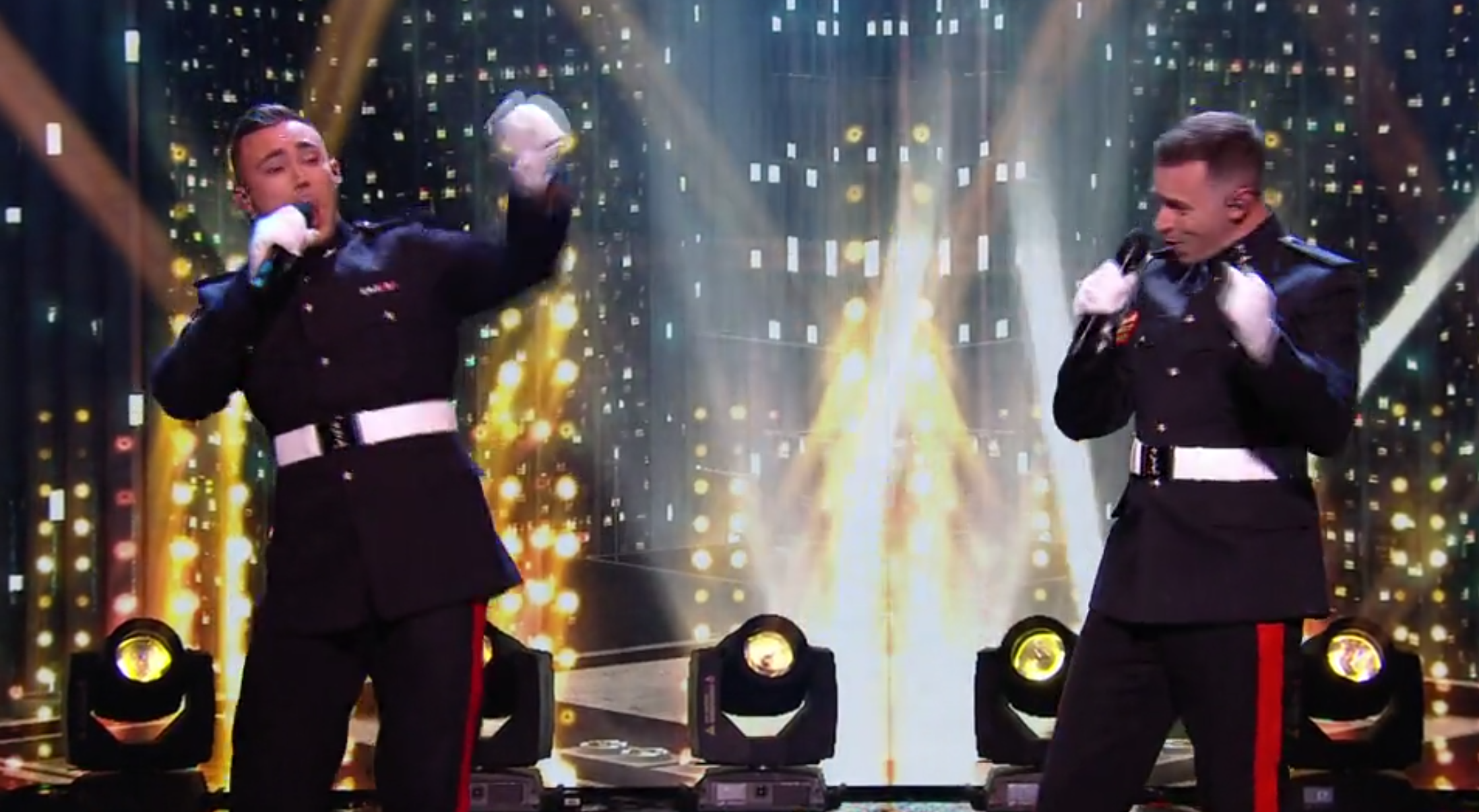 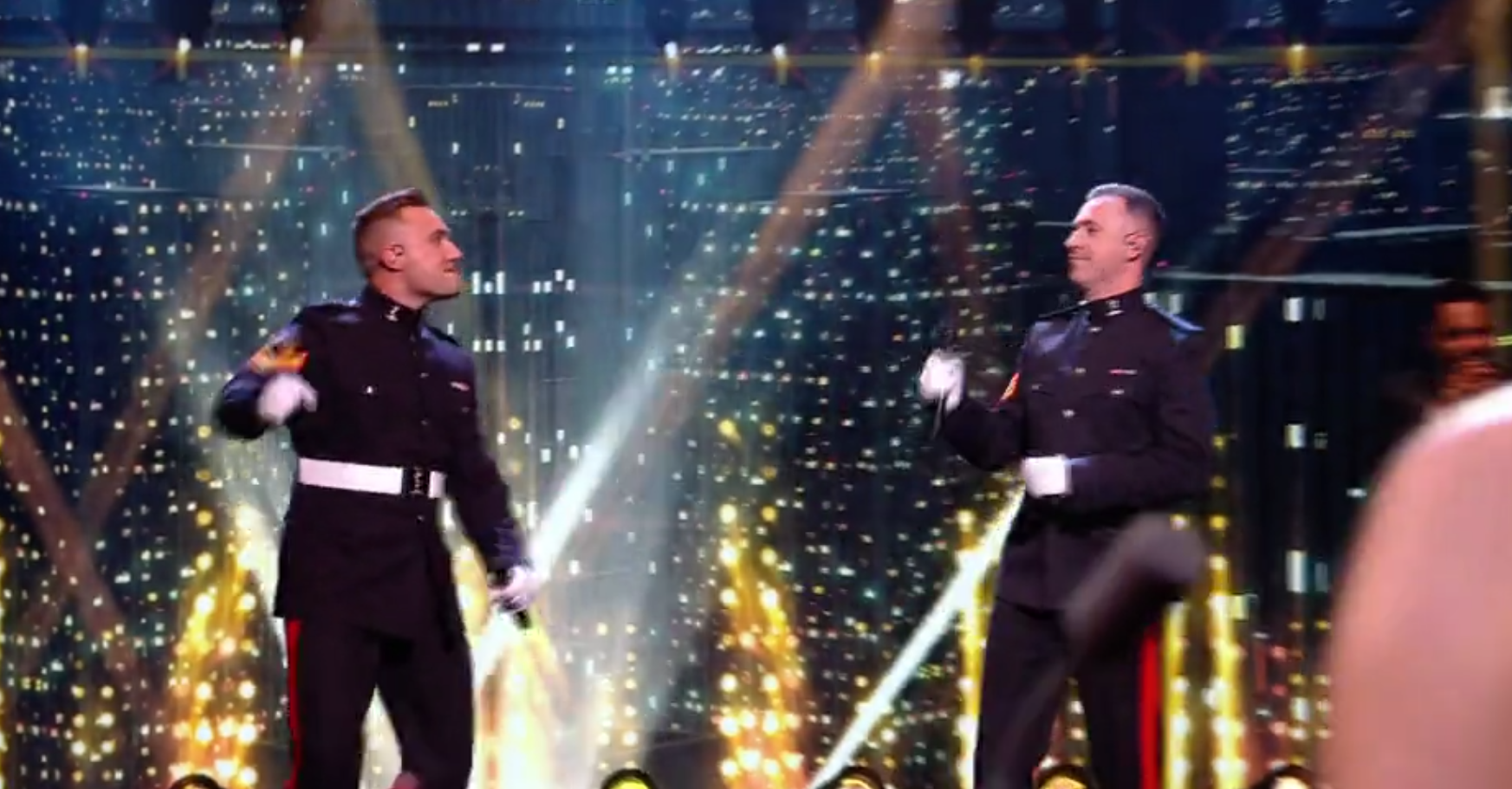 Speaking to the camera, Lee told viewers: "I'm Corporal Lee Day, we are the Soldiers of Swing, we're swingers."

He soon realised his error and stuttered: "Err swingers? Easy."

Solders of Swing will go head to head with seven other acts in the last of the semi-finals tonight.

One act will be voted through with the others’ fate in the hands of the public as they bid for a £250,000 cash prize and a spot on the bill at the Royal Variety Performance.