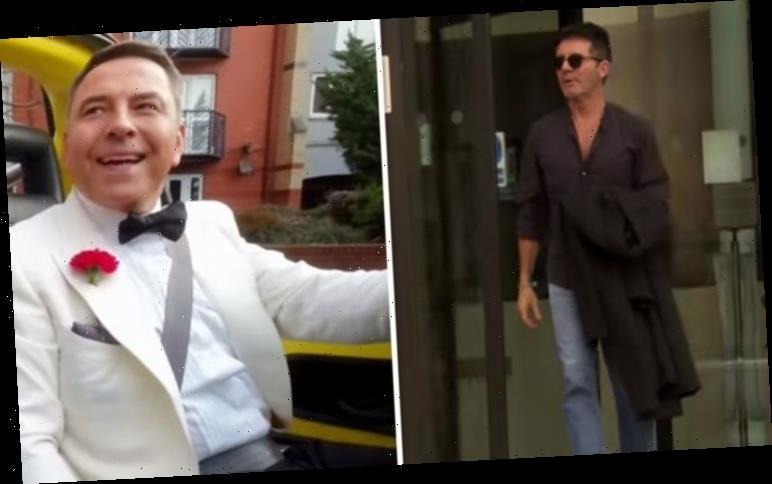 Britain’s Got Talent returns for its second instalment tonight with judges Amanda Holden, Simon Cowell, David Walliams and Alesha Dixon all back to decide which budding stars will make it through to the next stage fo the competition. Tonight, the girls arrived to the auditions in style whilst David gave Simon a shock when he revealed how they would be their way to join them.

The judging panel for the hit ITV show has seen no changes this year as the four judges were all back once again.

Tonight, they were back and Amanda and Alesha were treated to a classy entrance where Amanda was given control of a snazzy sports car.

Amanda picked up her fellow judge, telling her: “The names Holden, Mandy Holden!” before Alesha jumped into the car.

As the girls made their way to the latest set of auditions, Alesha asked: “’I wonder what the boys are rocking up to work in?” 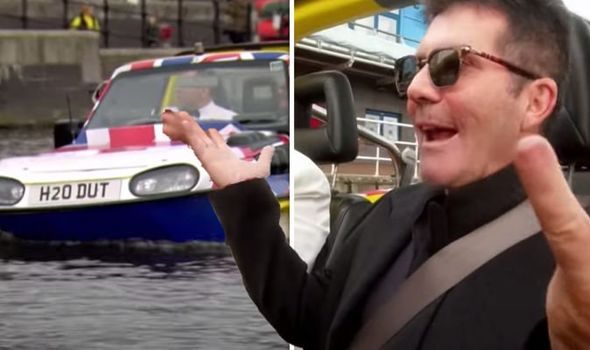 The attention flipped to the boys as it soon emerged their method of transport was much less fancy.

David arrived to pick up Simon in a Union Jack car-boat, whilst donning a stylish white suit jacket.

Simon was less than impressed with David’s offering, asking: “F***, are you serious?”

The judge unwillingly got into the vehicle, as David remarked: “I know what you’re thinking”, to which Simon hit back: “You really don’t know what I’m thinking!”

Britains Got Talent continues tonight at 8pm on ITV