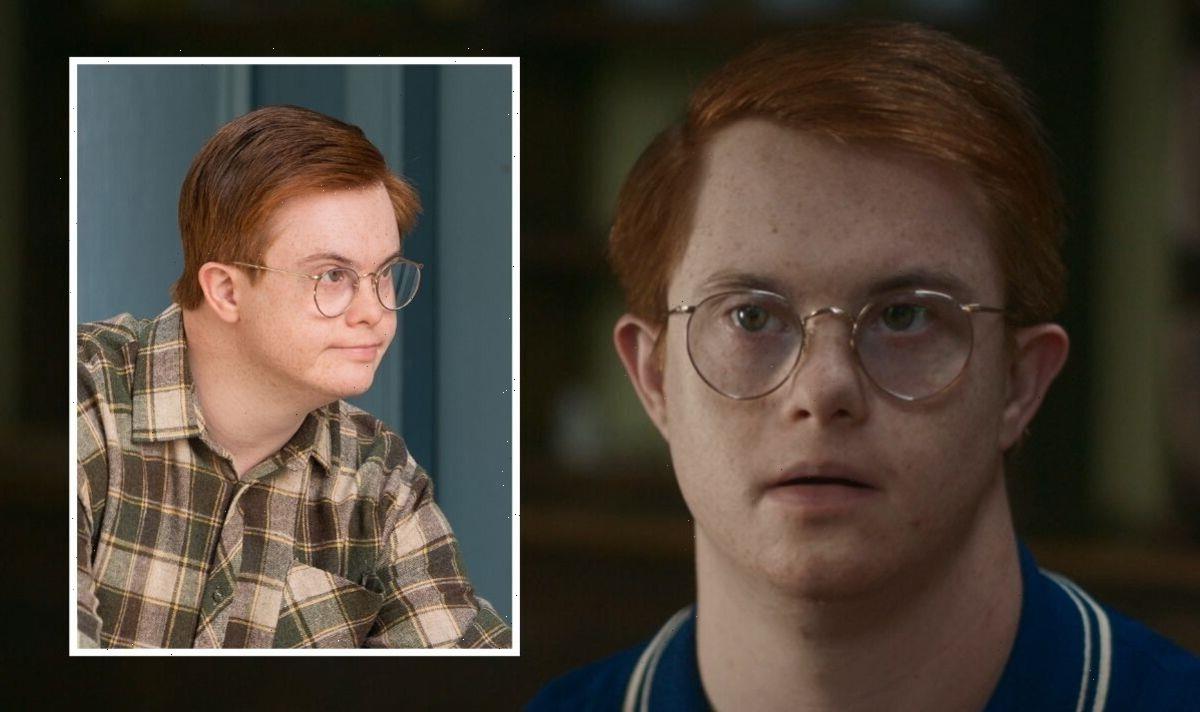 However, his return didn’t see him as his usual bubbly self, which left Fred Buckle (played by Cliff Parisi) and Violet Buckle (Annabelle Apsion) concerned for his health. After confiding in Cyril Robinson (Zephryn Taitte), Reggie Jackson (Daniel Laurie) sought the help of Dr Turner (Stephen McGann) who informed him he had an underactive thyroid. This left viewers heartbroken and they took to their social media to express their love and prayers for Reggie.

At the start of the episode, Cyril was happy to see that Reggie had returned to Poplar after his trip away.

After asking if Fred and Violet had put him to work, Reggie explained: “Yes, it was supposed to be a holiday!”

Cyril asked: “Listen, Reggie, I am going to the social club to play dominoes tonight, would you like to come? And we can take Fred with us?.”

Despite it being one of his favourite things to do, Reggie admitted: “I’m a bit tired after working all day.”

Later, Fred and Reggie were in the garden picking raspberries, when Fred asked if he was feeling alright.

Ignoring Fred’s advances to make him laugh, Reggie asked: “Can I take some flowers to my mum’s grave?”

Fred expressed: “Of course, we can yeah! We haven’t been to see her in a while, have we? Just because you don’t remember all the time, doesn’t mean we’ve forgotten her.

“And afterwards, we go to the shop and pick a postcard for you to send to Jane?”

After visiting his mother, Violet expressed her concerns about Reggie’s lack of energy with Fred and said: “I hope Reggie isn’t coming down with that illness.

“He hardly touched his fritters today and it was the same with the instant whip, he pushed it around his plate and then he went and had a lie-down.”

“He’s missing any exercise, all he does is loll about, I don’t like to see him being lazy,” she continued as Fred replied: “Well, maybe he’s just a bit out of sorts you know?”

However, Reggie overheard the pair talking and stormed out of the shop expressing that he wasn’t lazy.

Later, Reggie asked Cyril what he knew about heaven and it shocked him when he expressed he was going to die soon.

Stunned at his comment, Cyril asked what was wrong, to which Reggie explained: “I’m tired. I’m very very tired and when people get too tired they just stop.”

“My mum died. I’m old and my hair is coming out,” he added before running his hand through his hair and showing Cyril the clump in his hand.

Concerned, he expressed to Reggie that he needed to speak with Dr Turner about how he was feeling and agreed to accompany him to the appointment.

After sitting down with Dr Turner and explaining that he was tired, his hands hurt, his hair was falling out and he was getting headaches, Dr Turner decided to run some tests for him.

Sitting down with Violet and Fred, Dr Turner explained: “Reggie has an underactive thyroid, hypothyroidism. The blood test confirmed it.

“It has been noticed in people with Reggie’s condition, if it goes wrong you can feel quite poorly, tingly hands, hair loss but you will feel really tired.

“All you have to do is take one pill a day, for a long time, in fact forever, but you are going to notice such a difference.”

Reggie replied: “I just want to be the same as I was, I want to be Reggie.”

Viewers of the show were left “in tears” at Reggie’s latest diagnosis and took to their Twitter to express their love for him.

Chloe fumed: “I swear to God if they kill off Reggie I will throw hands #CallTheMidwife.”

Victoria commented: “Crying at @CallTheMidwife1 tonight! Reggie’s thyroid story is so close to my heart. So happy to see the storyline included! #CallTheMidwife.”

Melissa Roberts added: “@StephenMcGann thank goodness Reggie is ok .. we share the same illness but he had me worried for a minute #CallTheMidwife.”

Martin Caneles exclaimed: “Reggie has broken my heart tonight. So glad that his issue was easy to diagnose and he’ll continue on!” (sic)

Call the Midwife airs Sunday from 8pm on BBC One.