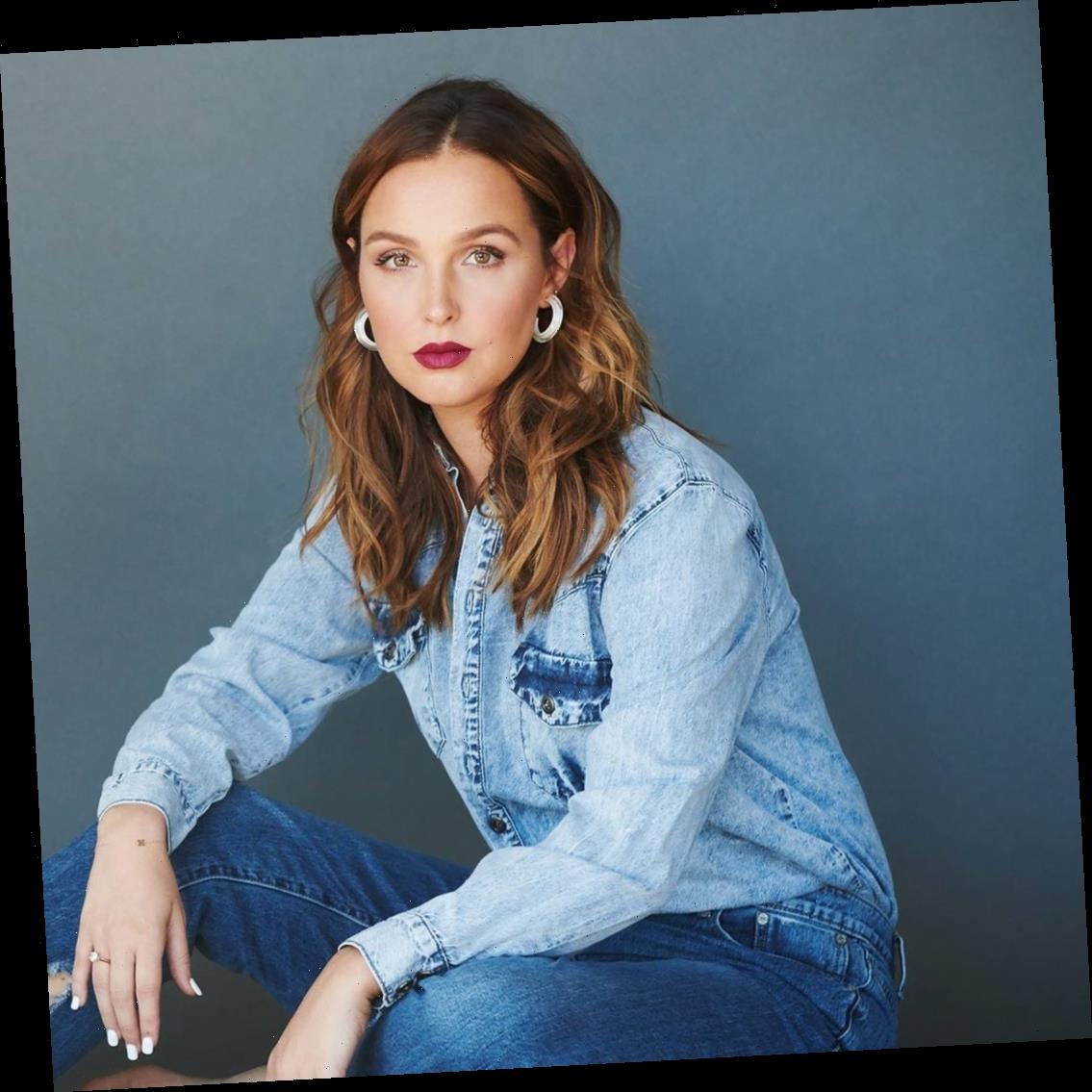 Camilla Luddington weighs in on Patrick Dempsey's return to Grey's Anatomy and whether Jo will be able to move on soon.

Camilla Luddington has been telling fans to watch Grey's Anatomy live for weeks, so it's not her fault that some people didn't listen.

Anyone who didn't watch Thursday's two-hour premiere live on East Coast time likely did regret it, because the last 30 seconds of the episode offered its biggest surprise in five years: Patrick Dempsey returned as Derek Shepherd.

Derek is still dead and he's only appearing to Meredith (Ellen Pompeo) in a dream sequence because she's currently very ill, but it's still the first time Dempsey has returned to the show since Derek's 2015 death and it was a huge surprise.

While showrunner Krista Vernoff revealed that many actors, crew and even network execs were unaware of the cameo, Luddington tells E! News that she was one of the lucky ones—or as she says, maybe one of the "nosy ones."

"I found out from Krista," she says. "I didn't know that some actors didn't know. I thought we all knew, but I guess we didn't."

Luddington recalls that the premiere script originally said Ellis Grey (Kate Burton) would be meeting Meredith on that beach, but something about it felt off.

"There's something about this…this is weird," she remembers thinking. "And then Krista told me it was Patrick, and I was thinking to myself there's no way these two actors are going to go to the beach in the middle of the day with a ton of crew and a picture isn't gonna be taken, or it's not gonna leak, or someone's not gonna say something. And it didn't. I'm so happy because it would have spoiled this amazing surprise for the fans last night."

Dempsey will return in next week's episode as Meredith appears to be fighting for her life. Luddington confirms that she's sick, and it's all part of the show's continuing quest to honor and represent the actual people on the frontlines of the pandemic.

"I can say that she's definitely sick," Luddington says. "You're going to see it play out but she is sick, and obviously you know it is a dangerous situation. This has been happening with people on the frontlines. They don't have the appropriate PPE and in our episode, we're bleaching masks and Koracick [Greg Germann] doesn't get the delivery that he needs. And so it's definitely going to be a very intense storyline with Meredith."

Carrie Underwood's CMA Awards Wink Sparks Debate: Who Was It For?

Meredith, of course, isn't the only character with a lot going on this season. Before Meredith collapsed and Derek appeared, we had two full hours of hospital drama. Some of the funniest and saddest moments came from Luddington herself as Jo tried to relieve a little stress and get herself back out there with a "sex favor" from Jackson (Jesse Williams). It was cute and awkward but going just fine until she cried in the middle of a kiss, right into Jackson's mouth.

We wanted to know if Jo, who was suddenly abandoned by her husband Alex (Justin Chambers) last season, is doing okay, and Luddington didn't hesitate.

"I think my answer is no," she said with a laugh, though she then changed her tune. "I actually do think she's okay. I think that Jo is making her way out of this heartbreak, and it's a slow process and I think that she's trying to figure out what she needs. And I think she truly felt like sex was what she needed. She needed the bridge—the sex bridge."

Who among us hasn't thought about looking for a little bridge action in 2020?

"I think people can relate to that—maybe not the crying part," Luddington says. "I was proud of her for just advocating for herself. It was a bold move, and I give her props for just straight up saying 'Will you have sex with me? Because I need it.' I think she wasn't ready and that's why she cried, but I do think that she's slowly navigating her way out of this heartbreak."

Jo wasn't the only one heartbroken last season. Fans were shocked and confused to discover that Chambers exited the show by having Alex get back together with his former love Izzie (Katherine Heigl), who had used the eggs Alex had fertilized long ago to have two kids.

While it was an upsetting time for Jo (who Luddington had once hoped would have kids with Alex someday), there's a brighter future ahead.

"I was thinking about how we've really never seen Jo single," she says. "In season nine when I first came, I think that's the last time [she was single]. Even when she had a break-up with Alex, she was still in love with him. So I'm excited as an actress to play her in this new life of being a single girl. What does Jo Wilson look like single? What does she look like maybe dating around? I want to see that and I'm excited to play that."

We did see Jo's heartbreak come out a bit in the premiere, not just in her attempts to have sex with Jackson but also in a confrontation she had with Teddy (Kim Raver), who had been caught cheating on her fiancé Owen (Kevin McKidd) via a very embarrassing voicemail (which Luddington says was equally embarrassing during the table read).

"I do think that obviously what Teddy did was really terrible, and I do think that Jo was also projecting," Luddington says of that confrontation scene, which was the first one she shot all season. "It was an instance of hurt people hurt people. I think it's difficult, but I think that [Jo] can also understand Teddy saying, 'Have you ever sabotaged your own happiness?' Jo has done that before. So I think there's understanding, as well as at the same time, I think that shows Jo's growth."

Personally, Luddington is a fan of Teddy and Koracick.

"I feel bad for the character because I feel like you could tell that she's just really lost, and I think that she really doesn't know what she wants," she says. "I feel like I'm the only person but I really like her and Koracick together. I really like those two together. But I do think, you know, I was watching the episode last night and I do think it's really obvious that her heart is with Owen."

Beyond cheating scandals and personal problems and surprise returns, the premiere spent a lot of time showcasing just how hard life was for doctors back in April (and still is today). Luddington says it was "shocking" to learn the realities of being in a hospital in 2020, which often meant loneliness, exhaustion and a total lack of protective gear.

"When you wrap your head around the conditions or they're having to work in…I think they're so great for even showing up because they're putting their lives on the line, every single day," she says. "And one thing that was really important to portray this season is the mental health toll that it takes on people having to do that and not seeing their family, because they're having to quarantine themselves and not get their family members sick. So I'm so glad we're also digging into that side of it this season."

Thankfully, Grey's is an expert at balancing the serious with the escapist, and Luddington promises that even the heartbroken Jo will start to move on and we're all in for more of those steamy scenes—a la Amelia (Caterina Scorsone) and Link's (Chris Carmack) under-the-sheets moment in the premiere—even as the pandemic continues to be a focal point for the rest of the season.