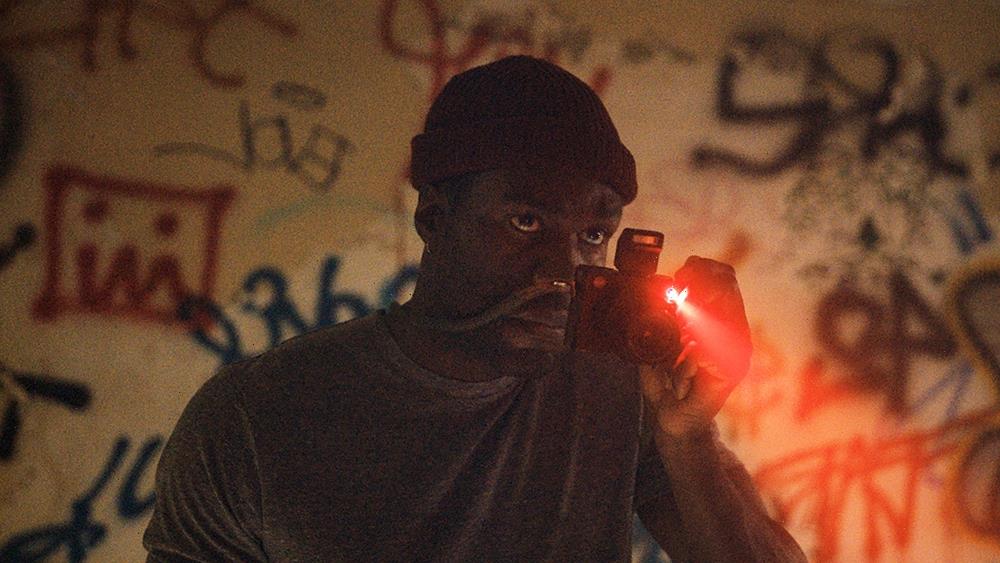 “Candyman” opened to $22.37 million from 3,569 theaters, a result that bested pre-release tracking, which projected a debut around $15 million. In a notable box office benchmark, director Nia DaCosta became the first Black woman to have a movie open at No. 1 on domestic charts. With a production budget of $25 million (MGM financed and produced the film, while Universal handled marketing and distribution) the R-rated slasher looks to become one of the few movies from plague times that stands to turn a profit in its theatrical run.

“This is an excellent opening over a normally quiet late August weekend,” says David A. Gross, who runs consulting firm Franchise Entertainment Research.

That’s not to say every movie that’s available only in theaters has been successful, nor has every hybrid release missed the mark. Marvel’s “Black Widow,” which debuted simultaneously on Disney Plus for $30, is the highest-grossing movie of the year ($181 million) and Disney’s family adventure “Jungle Cruise,” despite seeing ticket sales dip significantly in its sophomore frame, has held steady in subsequent weeks ($100 million to date). Meanwhile, Universal and M. Night Shyamalan’s “Old,” Paramount’s “G.I. Joe” origin story “Snake Eyes” and Lionsgate’s “The Hitman’s Wife’s Bodyguard” didn’t generate inspiring box office revenues despite playing exclusively on the big screen. However, industry analysts have indicated putting a movie concurrently on digital platforms is less profitable in the long run because it cuts into downstream revenues.

The debate around theatrical windows, industry parlance for the amount of time a film plays exclusively on the big screen, and the growing penchant for hybrid releases on streaming services, has been the topic du jour of the pandemic. Prior to COVID-19, new movies would screen for at least 75 days before studios could move them to digital platforms. As the industry gathered last week in Las Vegas for a scaled-down version of CinemaCon, the annual gathering of movie theater owners, leaders stressed that any version of a theatrical window is better for business — and that’s for multiplexes and studios alike.

“Exclusive release periods remain vital to the survival and success of the theatrical experience,” John Fithian, the president of the National Association of Theater Owners, the trade organization that represents cinema operators, told the crowd at Caesar’s Palace. “What the future holds is up to our members and distributors to decide, but let us be clear about one thing: Simultaneous release does not work for anyone. A steady flow of strong movies released with exclusive windows is essential to exhibition’s recovery, and to the profitability of the entire movie ecosystem.”

Box office analysts believe theatrical exclusivity isn’t the only factor that correlates to strong ticket sales. In the case of “Candyman,” the film had a better-than-expected turnout because reviews were strong and the horror genre has long been a big-screen draw. Also, the thriller appealed to males between the ages of 18 through 34, a demographic that’s been most willing to venture to multiplexes amid the pandemic. Plus, Jordan Peele, who wrote and produced the film, is one of today’s rare filmmakers whose involvement alone can pique audience interest.

Like any movie at the box office, the second weekend results “Candyman” will be telling about its long-term prospects. For studio executives and cinema operators, the slate of summer movies has been helpful in determining how different distribution models are affecting box office ticket sales. For example, “Free Guy,” set for an exclusive 45-day window, fell only 34% in its second weekend (a pandemic record) and declined a mere 27% in its third, indicating the film has been able to expand beyond its core audience. Comparatively, “The Suicide Squad,” Marvel’s “Black Widow” and “F9: The Fast Saga,” fell fast at the box office and declined around 70% in their sophomore outings.

“At this point it’s becoming increasingly clear and undeniable that the ‘theatrical first’ release model is like an insurance policy,” says Paul Dergarabedian, a senior media analyst with Comscore. “[It] better guarantees the overall success of any movie not only in theaters, but down the road on streaming.”

Since “Candyman” premiered in advance of the long Labor Day weekend, industry watchers believe it could see strong retention. It won’t have any direct competition from other horror movies, since the only new nationwide release will be Marvel’s superhero adventure “Shang Chi and the Legend of the Ten Rings.”

“I’m really bullish on the legs in theaters,” says Jim Orr, Universal’s president of domestic distribution. “The theater is where this genre is best experienced because it becomes exactly that — an experience.”

Heading into the fall, Hollywood will be eager to find out whether or not Marvel’s “Shang Chi and the Legend of the Ten Rings” (Sept. 3), Universal’s musical adaptation of “Dear Evan Hansen” (Sept. 24), MGM’s James Bond sequel “No Time to Die” (Oct. 9) and Sony’s “Venom: Let There Be Carnage” (Oct. 15) — all of which plan to have exclusive theatrical releases — keep with recent tradition and defy box office expectations. They’ll measure those results against forthcoming hybrid offerings like the Warner Bros. titles “Many Saints of Newark” (Oct. 1) and “Dune” (Oct. 15), which will also bow on HBO Max.

That is, of course, assuming the delta variant doesn’t prompt another wave of release date delays.