Jeremy Vine grilled the panellist on if food standards in the UK would be lowered by supplying chlorinated chicken from America. Ms Malone blasted calls from the “EU’s cartel” not to buy chicken from the United States as “nonsense”. She added the European Union were criticising the standard of chicken from the US in order to “protect” their own markets.

Mr Vine said: “In theory, our chicken and so is better because they use vaccines to stop the chicken being ill and unpleasant at the end of the process.

“The Americans come in at the end and wash it in the chlorine.

“Farmers here say that is a lower standard.”

Ms Malone replied: “It is all nonsense. 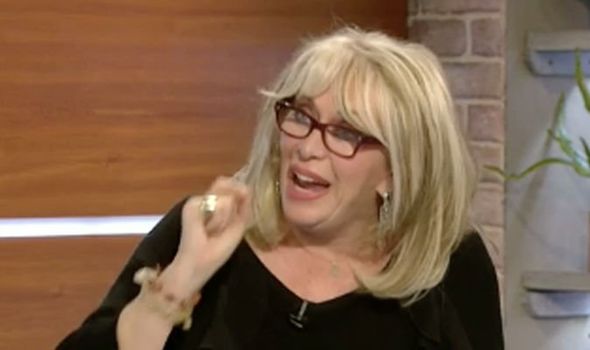 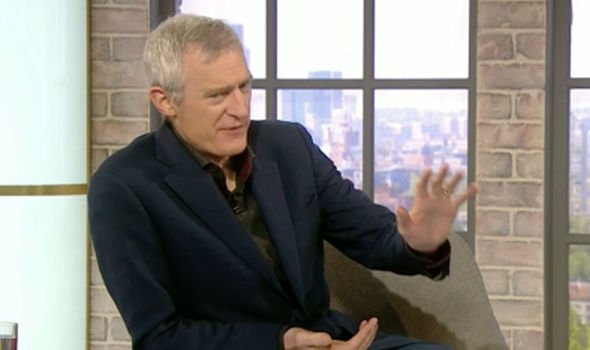 “I don’t know if people are aware already but every bag of salt you buy in this country is washed in chlorinated water.

“The EU Commission itself declared chlorinated washes safe and said you would have to five percent of your own body weight in chlorinated chicken for it to have any effect.”

Mr Vine said: “You don’t think it is a lower standard?”

Ms Malone responded: “This is all about the EU’s cartel.

“It does not want us buying chicken from the US.

“They want to just protect the market in Europe.”

Earlier this week RSPCA claimed millions of chickens are being bred to grow at an unnaturally fast rate on factory farms in the UK.

The charity says the majority of the billion birds reared each year are suffering from shocking cruelty with accelerated growth affecting their internal organs. 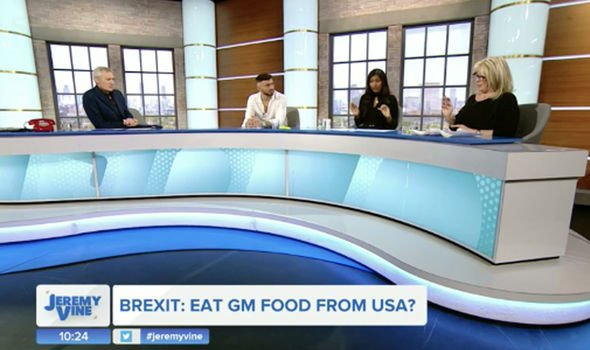 The RSPCA says many of the birds endure a life “not worth living.”

The charity is calling on supermarkets and caterers to support a switch to slower-growing breeds, which are stronger and healthier to eat.

Companies such as KFC, Marks & Spencer and Waitrose, have already taken a lead in the switch.

According to the RSPCA, chicks grow from chicks to adult slaughter weight in just 35 days in UK factory farms.