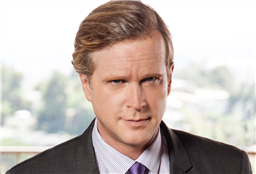 EXCLUSIVE: Cary Elwes will star opposite Michael Sheen and Nathalie Emmanuel in the Sky Original film Last Train to Christmas.

The Julian Kemp written and directed title follows Tony Towers (Sheen), who is about to take the trip of a lifetime. It’s 1985 and he’s a successful nightclub manager, a local celebrity and engaged to a much younger woman, Sue (Emmanuel). Things are going great. But when he embarks upon the 3:17 to Nottingham for a Christmas family reunion, things get a little strange.

Elwes will play Roger Towers, the brother of Tony who lives in his shadow. The two have a night club empire, but it’s Tony who take more credit for their success, a simmering resentment which begins to boil over.

Sky, Future Artists Entertainment and Stigma Films are producing and the movie will release on Sky Cinema and its streaming service NOW this Christmas, dropping on Dec. 18.

Elwes also stars in the Netflix movie A Castle For Christmas this winter, the STX film Operation Fortune: Ruse de guerre for director Guy Ritchie in January 2022 and in the next installment of Mission: Impossible” in September 2022 for Paramount.

Elwes is repped by APA, LINK Entertainment, Emptage Hallett in the UK, and Ginsburg Daniels Kallis.