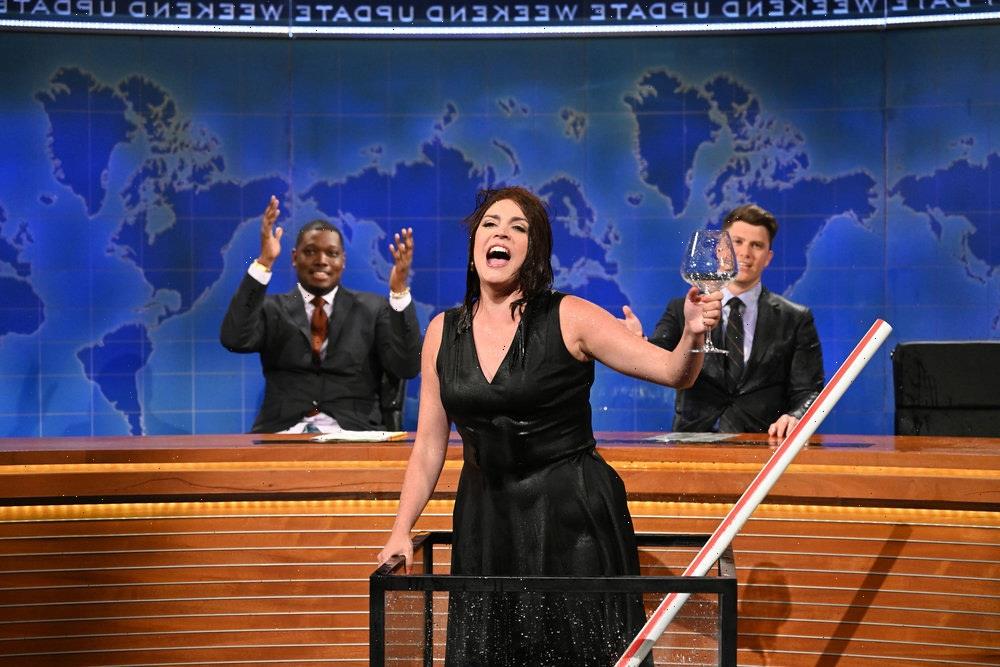 Saturday Night Live’s Cecily Strong has spoken out about her future on the show, some of her first comments since the emotional Season 46 finale which sparked speculation about the possible exits of four of the main cast members, including Strong.

“Things are a bit more up in the air and I’m OK with that,” Strong told Entertainment Tonight while promoting her upcoming Apple musical comedy series Schmigadoon!, adding “My lesson from last year is sort of see what happens.”

Strong, who recently wrapped her ninth season on SNL, stood onstage in the Season 46 finale Cold Open with fellow longtime cast members Kate McKinnon, Aidy Bryant and Pete Davidson. In the show’s first full audience since before the pandemic, all four were clearly emotional, leading viewers to wonder if they would not be returning for Season 47.

The Cold Open was followed with Strong reprising one of her signature impersonations, Judge Jeanine Pirro, to close out Weekend Update with a show-stopping rendition of My Way, belting out “I did it my way.” You can watch Strong’s segment below.

With numerous cast members now on the sketch comedy show for more than the standard 7+ seasons, major cast changes are likely when contracts are hammered out later this summer.