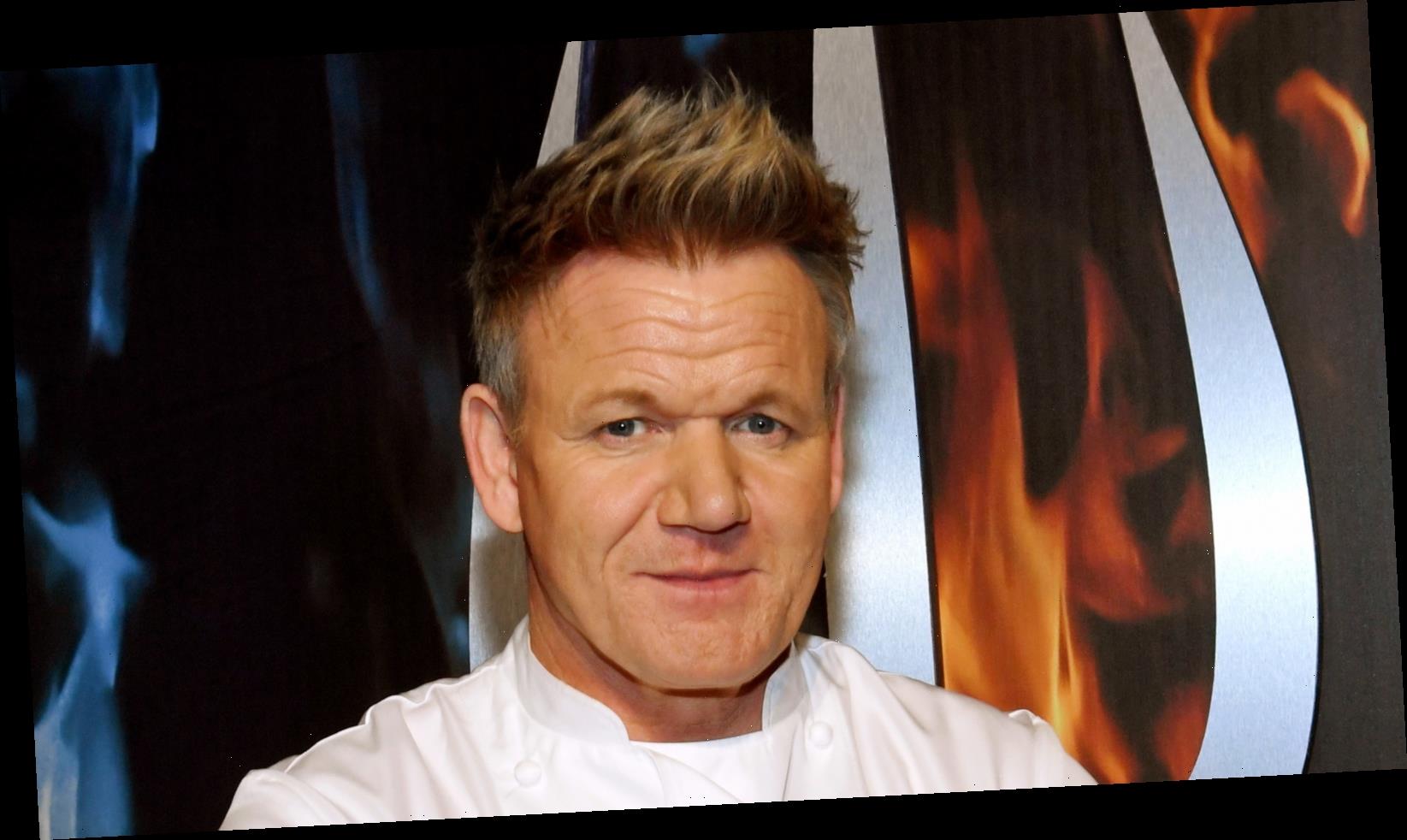 When it comes to pursuing a career in the culinary arts, it’s safe to assume that most high-caliber chefs and gourmands make it their prerogative to taste everything under the sun. Just because developing a more sophisticated, adventurous, or even daring palate might be part of any foodie’s education doesn’t mean that it’s obligatory to like everything you eat — and with a little bit of research, we’ve found a slate of celebrity chefs and tastemakers that would definitely agree.

So who among the culinary world’s most well-known celebrity gourmands have ingredients or foods they’d eternally banish from their respective kitchens with the hell-bound fury of a thousand Gordon Ramsays? And why, exactly, do they hate these things despite the fact that once in a blue moon, there’s a chance they might have to cook or taste them? And have these dishes even made some of these chefs spit out food that they cooked themselves? Read on after the jump to find out.

Anthony Bourdain avoided this type of food at all costs

Anthony Bourdain was known for his passion and strong opinions, as well as shedding light on the cultural interconnectivity of cuisine in docuseries like Anthony Bourdain: Parts Unknown. Before passing away in June 2018 at the age of 61, however, there were certain foods that even this famed chef refused to touch.

Like almost everyone who has ever traveled by plane, Bourdain couldn’t stand airline food. And considering that Bourdain traveled far, wide, and with great frequency to film Parts Unknown, that distaste didn’t make the travel any easier. Not only did Bourdain not like the food, but he ardently stuck to a rule of his own making: never eat airline food, or any food for that matter, during a flight.

“You’re not digesting your food on the plane, which is why you feel like a horribly bloated beach ball when you get off,” Bourdain explained in a 2017 interview with Travel + Leisure. “The food can’t possibly be that good. It can be edible at best, no matter how hard they try. The conditions that they’re working in, there’s not much they can do.”

Bourdain also acknowledged that chefs who create meals for airlines not only have to contend with thinking about what can be preserved well during a freezing process, but that palates can change at different altitudes for passengers: “Every food tastes completely different than it does on the ground, so they have to make adjustments to it.”

The empire Martha Stewart has built since beginning her first business enterprise in 1976 stretches far and wide. Despite her reputation as the de facto expert on homemaking, Stewart has her own peccadilloes that even she can’t avoid when churning out recipes for the average American.

During a 2018 appearance on the Today show, Stewart admitted that one of the foods she simply can’t stand the sight of is featured in myriad editions of her magazines and cookbooks: grilled chicken. Considering that she reportedly “would never have a salad with grilled chicken at [her] house,” it’s somewhat ironic that Stewart has had to make a countless number of dishes featuring the prepared protein over the years, and will most likely continue to do so until she officially retires.

The one thing she truly loathes, though, is something many see as a marker of a more refined palate: truffle oil. “They’ve done many studies on truffle oil,” Stewart said during her segment on Today. “It’s synthetic, it’s fake, it’s horrible. It clings to your tastebuds, it’s a hideous thing. Forget truffle oil.”

As a chef, Aaron Sanchez has done a great deal when it comes to Latinx representation in the culinary world. Since his debut as a judge on MasterChef in 2017, Sanchez has become a ubiquitous presence on television. Despite the Michelin-rated restaurateur’s deep love for flavors inspired by his home country of Mexico, there’s one vegetable (or technically, one fruit) that Sanchez simply can’t get behind: the green bell pepper.

“I like red bell peppers and yellow bell peppers, but green bell peppers just don’t taste like much of anything,” Sanchez admitted to the Food Network. Despite his take-it-or-leave-it approach to that particular variant of pepper, it hasn’t deterred Sanchez from incorporating it into his own dishes when absolutely necessary. Suatéed green bell pepper makes an appearance in the chef’s recipe for huitlacoche salsa, as well as in the sofrito he uses in his own take on chicken fricassee. Even if Sanchez could take or leave the ingredient, those are two recipes we might just have to try.

Samin Nosrat gets tired of these foods all the time

Samin Nosrat became a de facto celebrity darling after her Netflix special Salt Fat Acid Heat, based on her cookbook of the same name, debuted in 2018. While the limited series was a visual deep dive into the four culinary elements that make the food we eat so delectable, it was also her open, warm, curious nature that made Nosrat stand out among so many shows like it. For many of her fans and followers, it’s hard to imagine anything edible could ever make Nosrat burst into anything other than a joyous smile or an infectious bout of genuine laughter.

But Nosrat is only human, and suffice it to say, she has her own absolute dislikes when it comes to food. Nosrat is on a personal quest to follow “daytime veganism,” a diet in which adherents have at least one meal a day that is solely plant-based. As might be expected, her pursuance of a new dietary lifestyle can sometimes lead to a bit of banality.

“I’ll just make the simplest possible thing—typically that’s rice, a vegetable, and an egg or tofu, or maybe a salad,” explained Nosrat of her day-to-day in a 2020 New Yorker profile. “But if you have to eat that multiple times a day, that gets hard, and it’s boring.”

Gordon Ramsay's list of hateable food is a long one

Considering that Gordon Ramsey is known equally for his explosive temperament as he is for his culinary prowess, it’s hardly surprising that the list of foods he loathes is a long one. Even the mention of one of these forbidden fruits can set him off like a shipload of dynamite with a microscopic fuse. Among them include pineapple pizza, deep-fried turkey, and even the very concept of a soup du jour. However, the thing that really makes him rabid, much like Anthony Bourdain, is airline food.

“There’s no f***ing way I eat on planes,” Ramsay once said of the pre-packaged flight fare during a March 2017 interview with Refinery 29. “I worked for airlines for 10 years, so I know where this food’s been and where it goes, and how long it took before it got on board.”

The irony of Ramsay’s ultimate dislike is the fact that the celebrity chef and television presenter has worked as a consultant for a number of airlines for their in-flight cuisine. Among them include Singapore Airlines, with whom he worked for roughly a decade. Even more surprising, is that Ramsay’s own Heathrow-based restaurant is named Plane Food, and according to Travel + Leisure, he eats at his own establishment anytime he flies out of terminal five.

Queer Eye‘s resident gourmand Antoni Porowski has become almost notorious for his love for everything olfactory — including things that can smell truly, unbelievably foul. His love for smells doesn’t necessarily carry over to everything edible, however. As the television personality and food and wine expert told Us Weekly in a 2020 interview, Porowski’s hatred of anise seed and caraway, two spices typically used in baking, runs deep. The reason for his hatred is truly a blast from the past.

According to Porowski, he first discovered his love of the hazelnut and chocolate-based condiment Nutella (though Porowski didn’t specifically distinguish the brand by name) at the age of four. This led him to one day lather the treat on a piece of bread containing caraway, and the taste that ensued was “not a combination that should be ever happening for anybody.” It was so powerfully noxious, apparently, that it caused Porowski to vomit all over the floor. Considering that, we can’t begrudge the star for steering clear of rye bread after that.