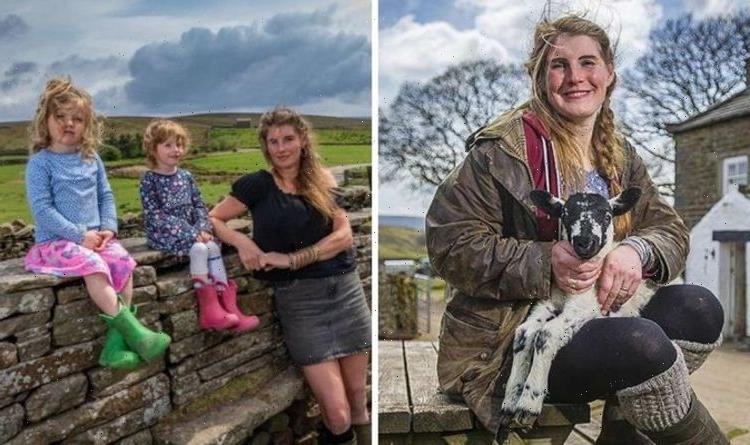 The upcoming fifth season of Our Yorkshire Farm is set to be the last time fans will see Amanda Owen and her family on Channel Five. This also goes for the hit, All Creatures Great and Small despite its immense success on the network.

Our Yorkshire Farm became an instant hit as viewers were intrigued by the lives of Amanda and her husband Clive Owens, who worked as hill shepherds.

The documentary followed the couple and their nine children as they balanced family life with their strenuous farm duties.

Throughout the series, Channel Five gave fans a look into their unique family dynamics as they lived in one of the most remote parts of Britain.

Even though the show topped prime-time TV ratings, network bosses have decided to axe the series.

This came as a surprise to viewers as the TV shows from the county proved to be a huge hit for the network.

As well as Our Yorkshire Farm, programmes such as The Yorkshire Steam Railway: All Aboard, All Creature Great and Small and The Yorkshire Vet quickly became fan-favourites.

Although the series will soon be coming to an end, fans can look forward to season five of Our Yorkshire Farm returning to Channel Five.

At the beginning of the year, Channel Five released a statement which revealed 20 new episodes would be filmed.

With eight of those episodes featured in season four, fans can soon look forward to 12 episodes of the Owen clan.

She told YorkshireLive: “There is a new series coming. It will be in the autumn.

“I don’t know exactly when as I am the last person to know! I do know that those episodes are done and there is more filming going on at Ravenseat.”

As shows from Yorkshire will no longer be aired on Channel Five, Daniel was eager to share that he was be looking for other stories to tell instead.

During an interview in 2020, Director of Programmes, Ben Frow, shared Channel 5 has had “enormous success” with “feel-good, aspirational, warm, nostalgic programming”.

The network is set to continue with this theme as Daniel told the Edinburgh TV Film Festival about an upcoming series featuring Jay Blades.

The presenter currently hosts BBC’s The Repair Shop but is set to take a more sentimental route with this new series.

As it will take viewers back in time and highlight what it was like for him growing up in Hackney during the 1970s.

Our Yorkshire Farm seasons 1-4 are available to stream on My5.