Dubbed Hinkley Point C, the nuclear power plant is the first to be built in Britain in 20 years and will provide low-carbon electricity for around six million homes once it is completed in 2026. Costing as much as £23billion, the controversial EDF Energy project is currently under construction in Somerset and could provide up to seven percent of the UK’s total electricity in the future. Last night it featured in a new BBC documentary – ‘Building Britain’s Biggest Nuclear Power Station’ – which went behind the scenes to capture the action over more than two years.

And the series detailed to viewers how its core – which will turn the nuclear energy in uranium atoms into electrical energy – will be protected.

Narrator Priyanga Burford said: “The containment structures will rise from the centre of the nuclear island.

“Worker must first assemble a tough inner lining made from giant steel rings. The reactor will sit inside.

“Five rings make up the lining. They are capped with a steel dime and must be welded airtight. 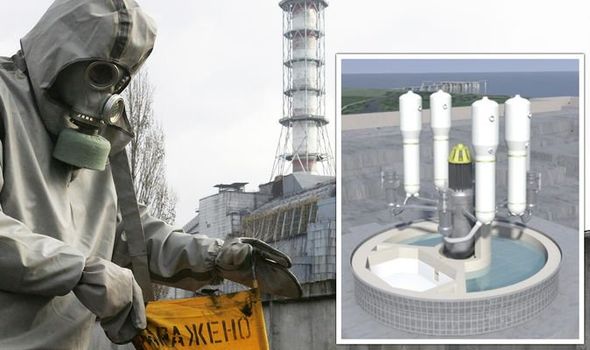 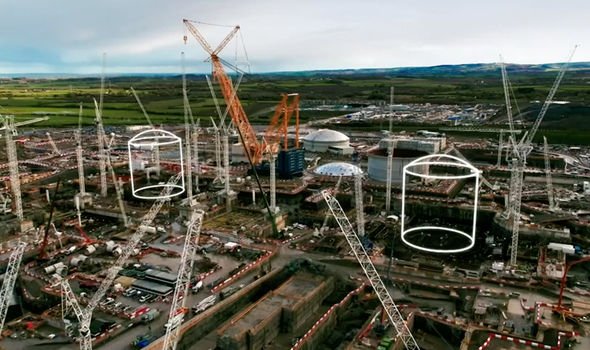 “Workers will then cover the lining with a layer of concrete to form the inner walls.

“Next they will build a super-strong 1.8-metre-thick outer shell to protect the entire structure.”

Ms Burford detailed to viewers why the utmost care must be taken to protect it.

She added: “It must be tough enough to withstand the impact from an aircraft.

“In between the inner and outer walls, an air gap will be pressurised to stop any radioactive material from escaping in the event of an accident. 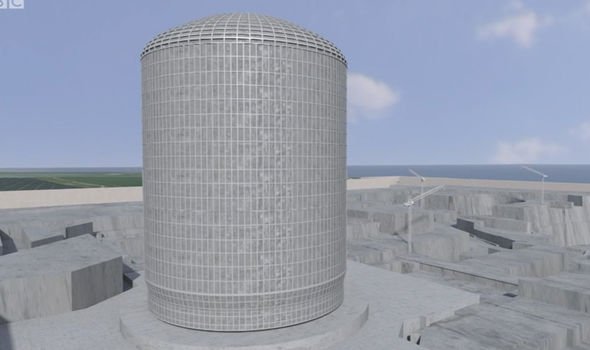 “Both containment structures must be engineered with extreme precision to ensure they remain completely airtight.

“A tiny gap, just a millimetre wide, could allow radioactive material to escape the inner containment lining, the first line of defence in the event of an accident.

“The worst nuclear accident in history occurred on April 26, 1986, at the Chernobyl nuclear power plant in Ukraine.”

Former Soviet Premier Mikhail Gorbachev previously stated the horrific accident was “perhaps the real cause of the collapse of the Soviet Union”.

And it appears its impact can still be felt today. 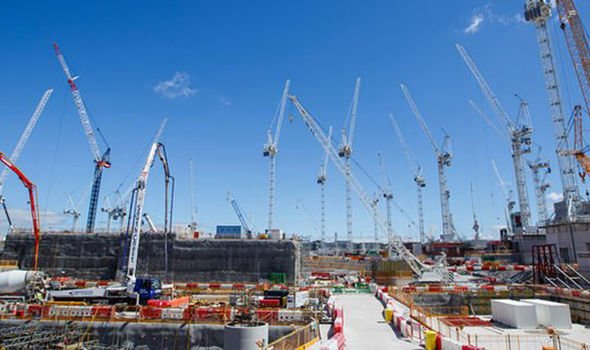 “So when Chernobyl’s reactor No.4 exploded, it released a deadly cloud, containing 400 times more radioactive material than the Hiroshima bomb, into the air.

“The accident killed approximately 30 workers and caused radioactive fallout to spread across Europe.

“Its dark legacy piles on the pressure for precision construction at new plants like Hinkley Point C.”

The price for Hinkley’s electricity was fixed in a so-called “strike price” at £92 per megawatt-hour, rising with inflation. 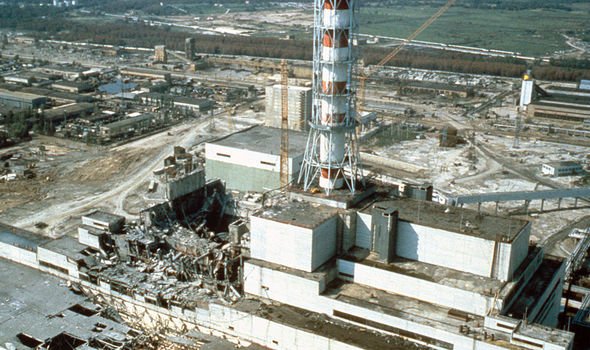 That will not go up beyond that limit, even if the costs of building Hinkley Point C rise.

But critics have pointed out that Hinkley’s energy will be expensive.

The latest offshore wind farms have agreed to strike prices of around £40 per megawatt-hour.

Roy Pomfrey, who is a member of the Stop Hinkley campaign, told the BBC: ”This increase is just evidence that EDF has made a complete pig’s ear of their calculations from the start.

“If we’d put the money into renewables from the outset, we would already have a return on our investment.

“Renewables are already, at most, half the price of Hinkley, and while Hinkley will only get dearer, the cost of renewable energy will only come down.”