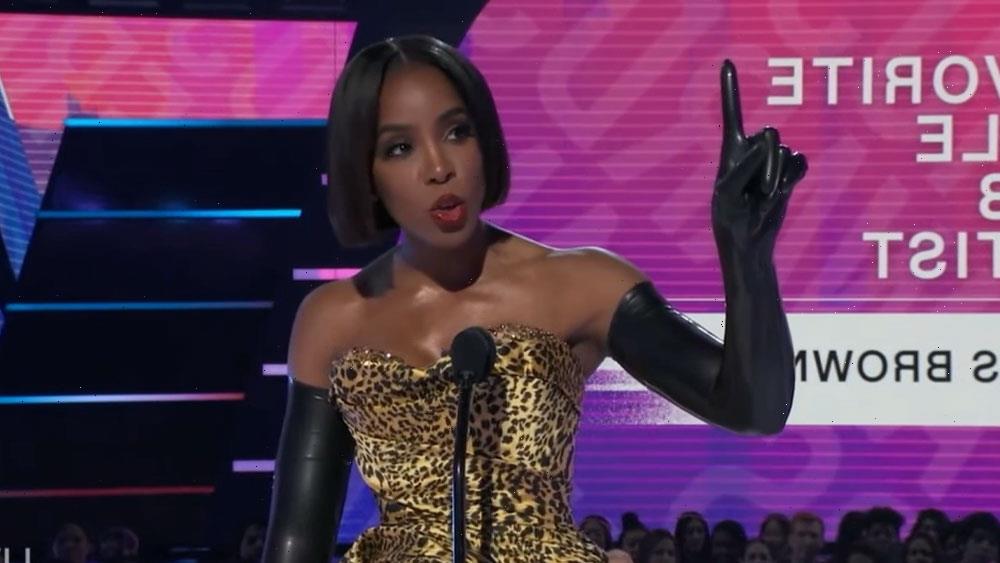 Chris Brown won an award at the American Music Awards 2022 and the audience made their voices heard.

During the live broadcast of the AMAs 2022 on ABC, Kelly Rowland took the stage to announce the nominees for Favorite Make R&B Artist. The artists that were up for the trophy were Brent Faiyaz, Giveon, Lucky Daye, The Weeknd and Brown.

After Rowland announced Brown as the winner, boo’s from the crowd were audible and the camera panned out to show the whole theatre. Rowland looked surprised at the audience’s reaction and as she was trying to continue with her presenting duties, she told the crowd to “chill out.”

“Now Chris Brown is not here tonight so I’m accepting this award on his behalf,” she said before addressing the audience saying, “Excuse me… chill out.”

Rowland then continued, “But I wanted to tell Chris, thank you so much for making great R&B music and I want to tell him thank you for being an incredible performer. I’ll take this award — bring it to you. I love you. Congratulations. And congratulations to all the nominees in this category.”

Watch the moment below.