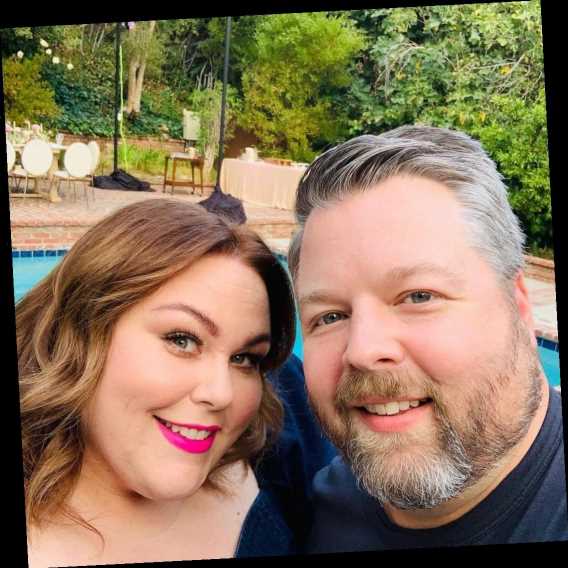 Chrissy Metz is clearing the air.

While appearing virtually on SiriusXM's The Covino & Rich Show on Tuesday, the This Is Us star, 40, clarified that she and her boyfriend, Bradley Collins, are not engaged after the actress was spotted wearing what appeared to be an engagement ring.

Asked to clarify rumors surrounding the ring that she was sporting, Metz told the two hosts, "Let's be very clear. Let me — can I show you guys the ring? This is the ring," she said, before she held up a gold piece of jewelry for the camera to see. "Bradley bought it for me. I'm so glad that you're clearing this up. Thank you."

"So we went crystal shopping for a friend and I also love crystals as well, but I was like, 'Wait, this is a ring that he bought me for Christmas,'" Metz shared before she detailed that the ring is a honeycomb and that she is "obsessed with bees."

"I love bees. I'm like, 'Who thought that this was an engagement ring, first of all?'" she added. "So it's just so funny that they run with it. And I'm like, 'It's definitely not a slow day in the news. Let's talk about some real stuff. Okay? About like what's going on in our country as opposed to a ring that I might be wearing.' I'm like, 'Y'all, goodness!' Anyway, thanks for clearing it up. It's a honeycomb ring and I love it very much, but it's not an engagement ring." Earlier this week, in a Monday chat with Andy Cohen for his SiriusXM Radio Andy show, Metz discussed meeting her beau on the popular dating app Bumble, where she revealed that she initially "didn't put a ton on my profile because I thought it sort of weeds out the people who want to maybe talk to me for any other reason than a genuine reason."

"I do remember seeing a guy's picture and he was an aspiring writer and he had a This Is Us coffee cup and I was like, 'Oh, I can't, I can't. That would just be too weird,'" Metz continued. "And then I was like, 'Oh, that's sweet. But, like, I can't.' So yeah, of course, you talk to a couple people and it's just like, 'Oh, we're not clicking. We're not vibing.'"

But she said once she connected with Collins, the two realized they had more in common than even they initially realized. "You like to think the best of every situation, but interestingly enough, Bradley and I have all the same friends — he knows all the same songwriters, he's [been] in music publishing for 16 years," she added. "And so we've been in the same rooms, but we had never met. … I feel like it was meant to be, for sure."

"Who knew I had to go on the old Bumble? But I have no shame," Metz joked.

Metz first made their romance Instagram official in October on the unofficial holiday of National Boyfriend Day.

"Happy #nationalboyfriendday to my dreamboat! Bradley, from the first moment I laid eyes on you I wanted and needed to know you," Metz captioned a series of four photos featuring the couple at the time. "You can #Collinsmesmitten for sure! Thank you for being the absolute wonder that you are, I love you." The couple then spent their first holiday season together, including Christmas and New Year's Eve, in Los Angeles. And despite the ongoing coronavirus pandemic, Metz said she and Collins had a great time at home and indoors.

"I'm grateful that he was able to spend Christmas [in L.A.]," Metz told PEOPLE. "It's hard because the quarantine, the two weeks here and there, and testing."

"I'm so, so glad that I was able to spend it with him because being away from my family was hard, it was hard this year as I'm sure it was for everybody," the actress added.