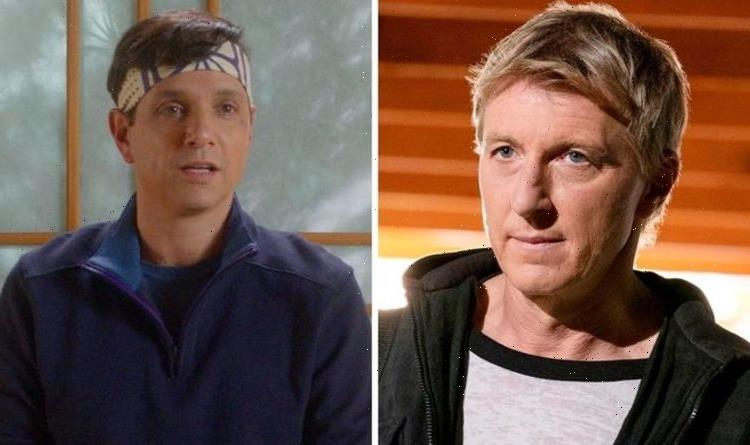 The surprise smash hit returned to Netflix for its fourth round of high kicks and right hooks at the end of December and left both Eagle Fang and Miyagi-do reeling after an intense bout with Cobra Kai. Can Johnny Lawrence (played by William Zabka) and Daniel LaRusso (Ralph Macchio) recover from their loss and stop the rival dojo from taking over the valley?

Fans of the acclaimed Karate Kid sequel series have called for a major format shake-up when it returns for season five.

However, their journey to the All-Valley wasn’t without its fair share of hurdles, and their different fighting styles often drove a rift between the two senseis and their students.

Already confirmed for a fifth outing, viewers are hoping this will be the last time the enemies-turned-friends will have to learn to get along.

One viewer, in particular, took to Reddit to call out Cobra Kai’s increasingly “tired” formula.

User evianstill posted: “Is anyone else a bit tired of this repeating plot point?

“’Daniel and Johnny hate each other, oh but they might become friends, nope, maybe this time?’

Despite joining forces at the end of season three, the two senseis still managed to revive their old rivalry at numerous points throughout the latest 10 episodes.

After realising Miyagi-do and Eagle Fang’s methods were too at odds to work in harmony, they decided to teach their students separately.

Meanwhile, Johnny starts resenting Daniel for forming a bond with his student Miguel (Xolo Maridueña) whilst he begins taking his relationship with his mother Carmen (Vanessa Rubio) more seriously.

The fan continued: “Their arc this entire season just felt like it was rethreading what happened last season, and the season finishes with them in the same position they finished in last time.

“It’s a bit frustrating to me and feels like their story should be further along than it is.”

Other Cobra Kai enthusiasts seemed to agree in the comments, though claimed Johnny and Daniel seem to be in a much better place in the season finale.

During a brutal face-off between Tori (Peyton List) and Daniel’s daughter Sam (Mary Mouser), the two senseis encouraged her to combine what she had learned from both dojos.

Sam combined the defensive stances of Miyagi-do with the aggression of Eagle Fang and pulled off some impressive karate during the tournament.

Unfortunately, their advice wasn’t enough, as Tori managed to scrape a win thanks to an accidental elbow strike.

With John Kreese (Martin Klove) potentially behind bars and an unhinged and dangerous new sensei taking charge, Daniel and Johnny will have no choice but to work together to defeat the new threat.

Cobra Kai seasons 1-4 are available to stream on Netflix.