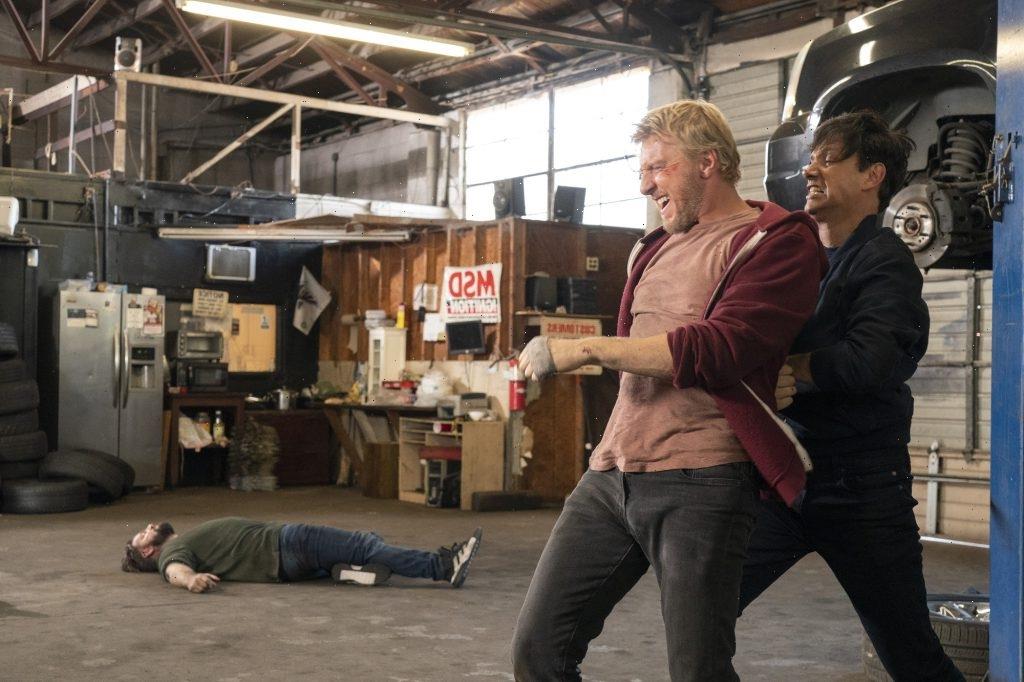 Cobra Kai has been teasing the ultimate rematch between Karate Kid rivals Daniel LaRusso (Ralph Macchio) and Johnny Lawrence (William Zabka). They’ve had scuffles in the first three seasons, and the fourth is on the way. The actors say the fighting only gets harder.

Deadline published an interview with Zabka and Macchio on June 9. When asked about their training for Cobra Kai fights, Zabka gave Macchio credit for hitting hard.

“I actually feel more ready for it finishing season 4 than I did in season 1 where I didn’t have to do much,” Macchio said. “I knew it was coming, but I didn’t know at what level. It seems they add more and more fighting as we’re getting older and older [laughs].”

Getting older does make a difference. Macchio was in his early 20s making The Karate Kid. Now he’s 59.

It’s tougher, you move a little different, everything hurts a little bit more,” Macchio said. “It takes a lot more stretching and prep. We’re banging forearms together and the next morning we’re in the makeup trailers saying, ‘Hey, I got Macchio-ed, I got Zabka-ed,’ pointing out our bruises. The young kids are spectacular, as we once were. But we work really hard at it. And within whatever limitations we may have, it’s a great deal of pride to pull it off the best we can.”

Cobra Kai scuffles include season 2, when Daniel catches his daughter (Mary Mouser) at Johnny’s house with Robbie (Tanner Buchanan). They fought together in a garage at the beginning of season 3.

“I’m always surprised when I spar with Ralph how strong his blocks are,” Zabka said. “He has legitimate blocks. It feels like a baseball bat to my arms. I’m like, ‘Dude, chill out on that.’ And he’s like, ‘Hey, I’m just trying to save my life.’”

Macchio added, “I’m always in defensive mode. We do have a rapport with each other not only in the written word, but in the physical stuff. We always look in each other’s eyes. It makes a difference because when you’re doing that I could see what he’s thinking, it’s really quite special in that way.”

‘Cobra Kai’ is scrappier than ‘The Karate Kid’

While both the show and the movies were choreographed, the movies had a distinct advantage. Zabka is amazed Cobra Kai can pull off even bigger fights on television.

I think also to the credit of the training that we had. Especially for me in The Karate Kid, I had Pat Johnson who really gave me the nuts and bolts of martial arts and my style. It’s all about recall and muscle memory and it’s really built into us. What we don’t have on the show, which we would love to have, is time. We had three months to do the final fights for The Karate Kid, even the skeleton outfit fence fight, we had plenty of rehearsals for that. On a show with this many fights and as much content and many characters and storylines, sometimes we’ll get one, two days, if that.